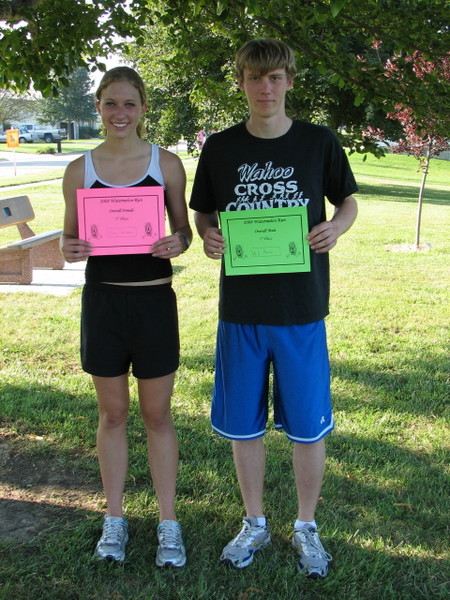 On Saturday, August 16, 2008, close to forty runners converged upon the Wahoo High School campus to participate in the annual Watermelon Run. This run supports the Wahoo High School cross country teams. Nearly twenty runners from both the boys' and girls' teams, as well as several middle-schoolers, were present to trek around the 3.1 mile course. Many cross country alumni and some brave parents also took part.

Runners prepare for the start of the race. 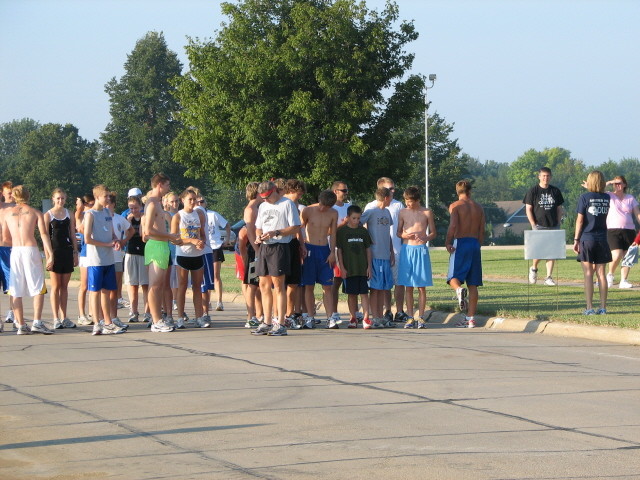 Launch the media gallery 2 player
Runners prepare for the start of the race.

"It is a great way for me to see where my athletes are in terms of their fitness levels. Also, it is fun for the kids to get together with former cross country alumni and friends of our programs here at Wahoo High School," said Head Cross Country Coach Karla Curran.

The overall female winner was Erin Curran with a time of 19:04. The male winner of the 3.1 mile race was A.J. Divis with a finishing time of 18:11. Several middle school athletes also participated in a 1.5 mile run, and Ben Scheef came out on top with a time of 9:50.

The Watermelon run originated years ago, when Mrs. Lynn Wilson was the head coach of the cross country teams, because after the run the team sticks around, eats watermelon and visits.

"It is now a yearly tradition that the cross country runners and their families truly enjoy," Curran said.