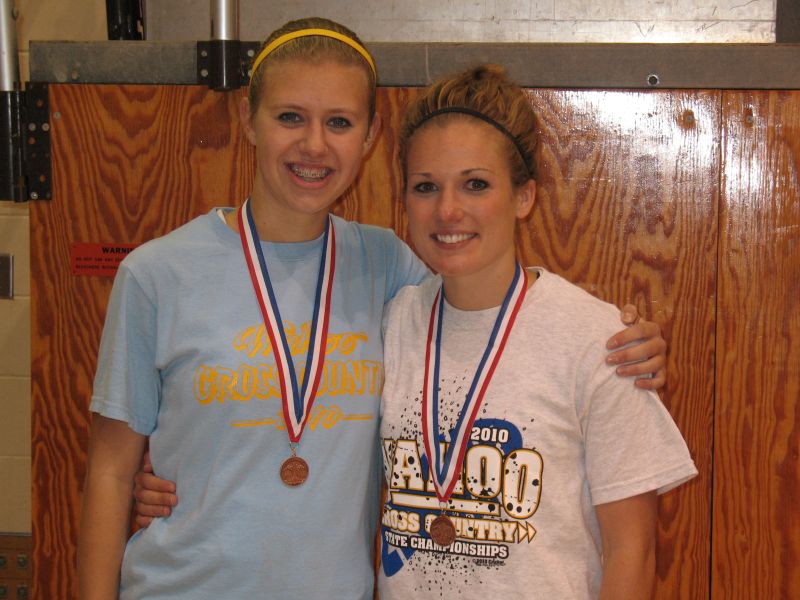 The girls' team placed sixth overall after compiling 107 points. Michaela Curran led the way, placing fourth in a time of 15:42.2. It was her best time of the season, and a personal record on the State meet course.

"I couldn't be more proud of Michaela's performance," stated Head Coach Karla Curran. "To run that well after having half her summer training cut short due to injury, says a lot about her competitive spirit."

Erin Walker also had a personal best effort in Kearney, placing tenth with a time of 15:59.4.

"I told Erin going into the meet to just do what you do, and all will go well. I was confident that she would place. She truly deserves this honor," commented Coach Curran.

For the rest of the girls, all but one turned in season best times. "It was a wonderful way to end the season," responded Coach Curran.

For the boys' team, Zack Gropp ran 18:29.3, which was good enough for sixty-third place.

"Considering that it was his first state meet, I thought Zack ran well. This will be a great motivator for him heading into next season," concluded Coach Curran.

ON THE BOYS SIDE, CONGRATULATIONS ZACK GROPP FOR QUALIFYING FOR STATE WITH HIS INDIVIDUAL 15TH PLACE FINISH AT DISTRICTS (18:03)!

THE STATE CROSS COUNTRY MEET WILL BE HELD IN KEARNEY ON FRIDAY, OCTOBER 22. CONGRATULATIONS AND GOOD LUCK WARRIORS! 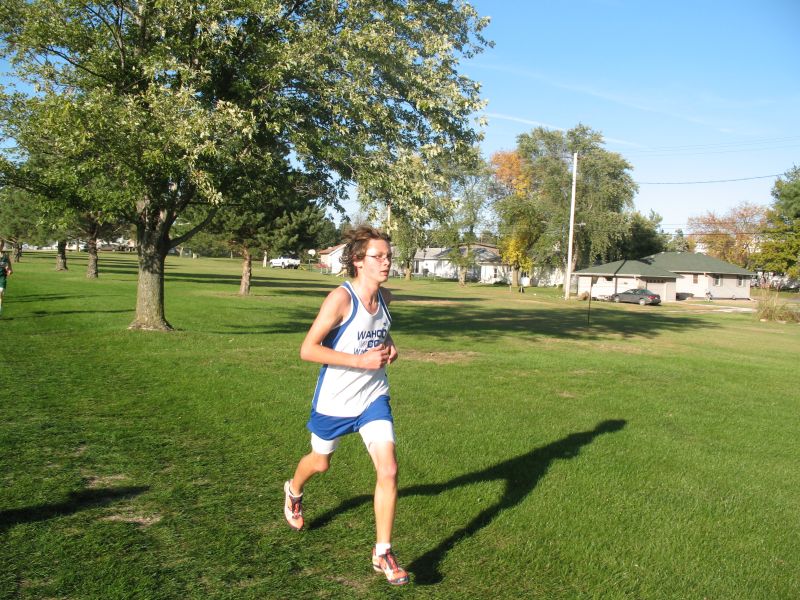 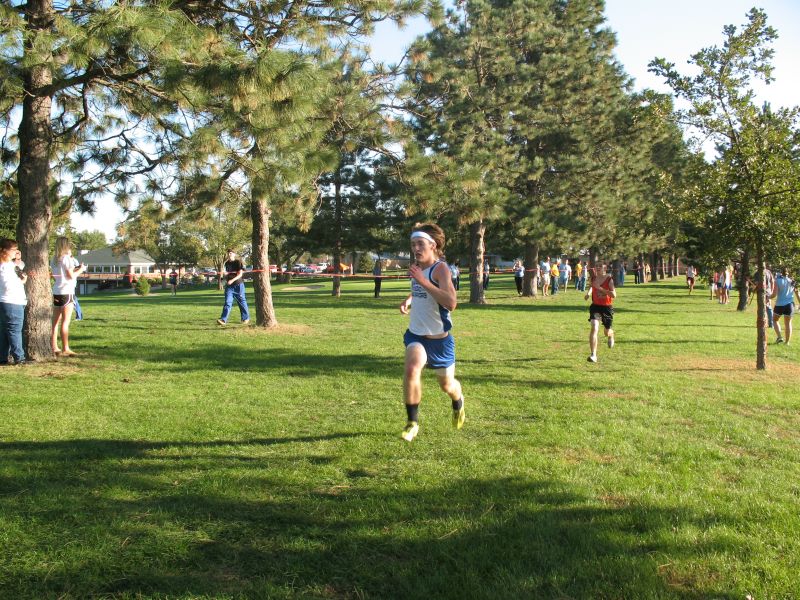 For their hard work, the girls earned a runner-up team finish. When asked about their performances, Coach Curran replied, "I felt we competed hard. We have not had three girls receive All-Conference honors in years."

"They all ran season bests, so I couldn't ask for much more than that," commented Coach Curran.

The harriers wrap up their regular season next week when they compete in the district meet at Fort Atkinson State Park in Fort Calhoun. The first race is set to begin at 4:30.

After a week off last week due to a weather-related postponement, the Wahoo harriers came back with a vengeance. Both teams claimed the runnner-up spot behind some excellent performances.

The girls' team was once again led by Michaela Curran, who garnered a second place finish with a time of 16:10. Erin Walker placed fifth in 16:35, while Ronnie Brust, Anna Hornung, and Ali Norris ran close together in 18th, 20th, and 22nd place, respectively. Jessica Barry completed the varsity squad placing forty-second.

The boys' team was led by senior Nick Dobesh who covered the 5000m course in 19:03, which was good enough for tenth place. Zack Gropp, Casey Brown, and Travis Burkey weren't far behind, running in the fourteenth, sixteenth, and eighteenth spots. Zach Jansa came in at twenty-seventh place, while Alex Talbott completed the course in 22:15 for a thirty-ninth place finish.

When asked about  both teams' performances, Head Coach Karla Curran commented, "Many of the kids either met or exceeded their goal times for this meet. They have worked really hard these last few weeks, and it is starting to pay off."

The Wahoo harriers head to Syracuse next week for the Capitol Conference meet (October 7). The first race is set to begin at 4:30 p.m.

The Wahoo Harriers began the season on a positive note, when the girls brought home the team title at the Schuyler Invite on September 2.

Leading the way for the girls' team was Michaela Curran, who placed first with a time of 16:44. Following close behind was Erin Walker in second place at 16:54. Ronnie Brust placed third, and Anmerie Schirmer, Alexandra Norris, and Anna Hornung, rounded out the top six varsity spots in fifth, sixth, and seventh, respectively.

"We had all six varsity runners place in the top seven. That says a lot about our team!"  commented Coach Karla Curran.

Senior Jessica Barry also had a fine day, taking home the top spot in the junior varsity race with a time of 21:33.

For their efforts, the boys' team placed third. When asked about the day, Coach Curran replied, "It was a good way to begin the season."

The Wahoo Harriers host their own invitational on September 9, with the first race set to begin at 4:15. 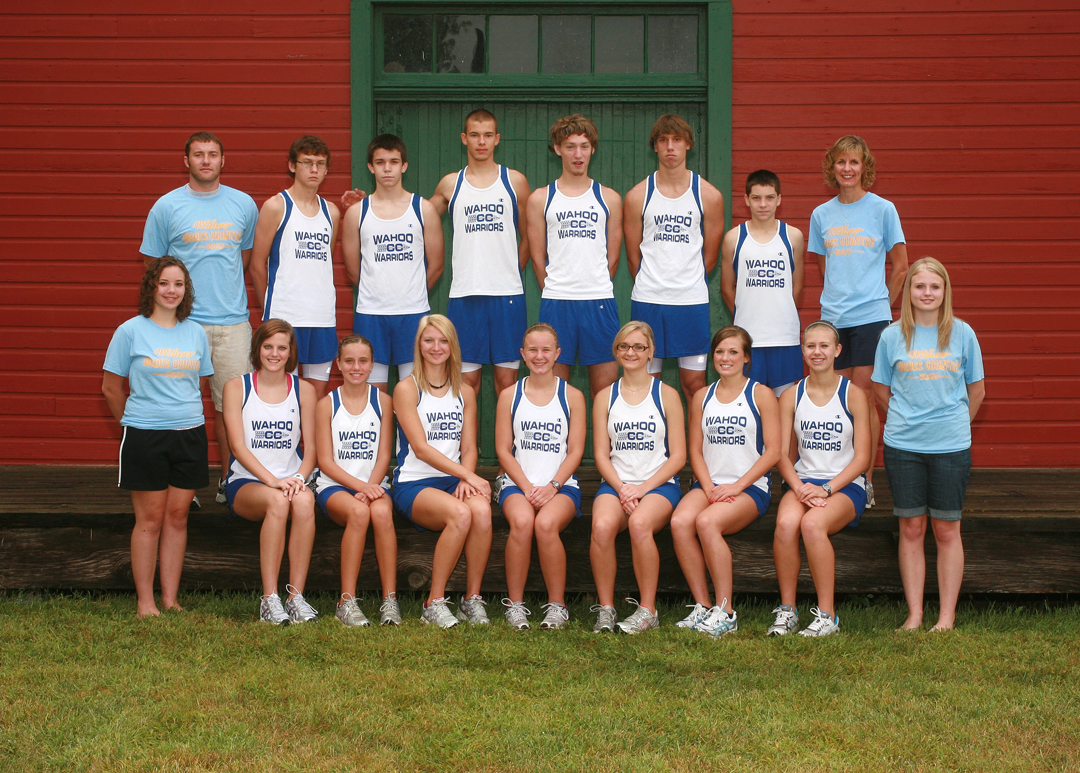 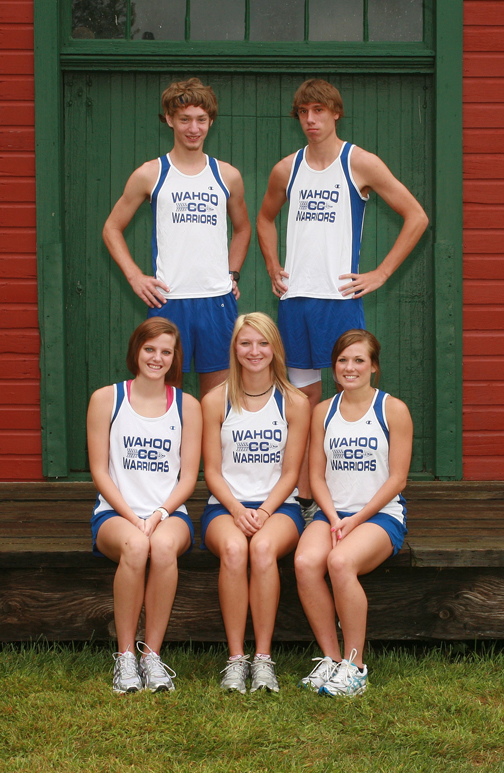