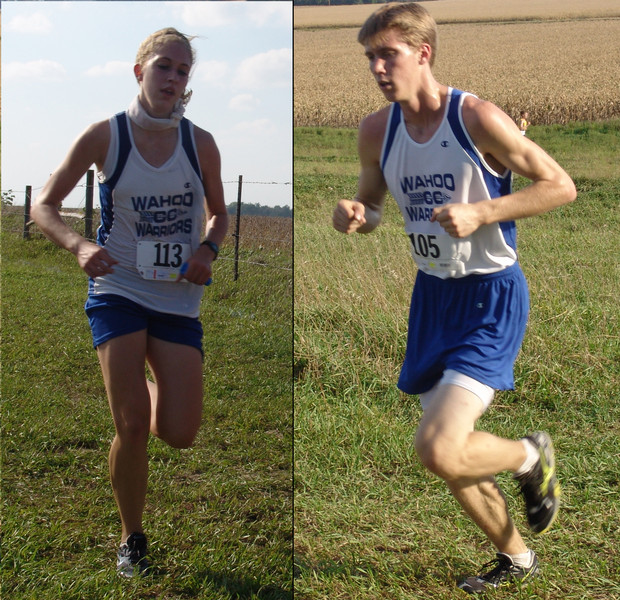 By now, the cross country spikes purchased at the beginning of the season are caked with the remnants of previous races and long-sleeved t-shirts become a necessity for Saturday morning long runs.

The boys’ and girls’ cross country team participated in the Capital Conference meet at Bennington on October 4.

The girls’ team earned fourth place while being led by Erin Curran, who placed first, and Alison Thomsen, who placed 17th.

“I was pleased with the girls’ fourth place finish. It was a definite improvement over last year’s conference meet,” said Cross Country Head Coach Karla Curran.

The boys’ team finished fourth, running for the first time without top runner Eric Curran. Curran broke his femur during the Lincoln Lutheran Cross Country Invitational only a week before, and was lost to the cross country season. However, A.J. Divis placed second with a time of 18:22 and Kreig Lacey placed eleventh with a time of 19:02.

“I thought Erin ran a smart and tactical race. Beating Oestmann was quite a feat given the fact that she was ranked second in the state,” said Curran.

“I know the guys were disappointed with the fourth place (team) finish, but losing our number one runner was too much to overcome,” said Curran. “I am still very proud of this team. I saw these boys run with a great deal of passion at the district meet.”

The cross country season came to an end on the sunny afternoon of October 19 in Kearney, Neb. Erin Curran managed to place fourth at the state meet with a time of 16:04 and A.J. Divis placed 28th with a time of 18:22.