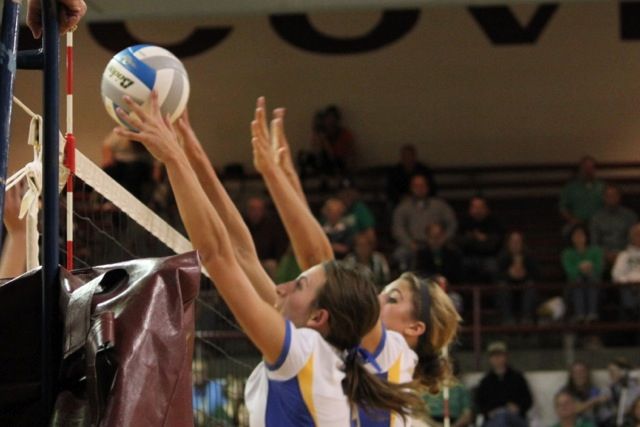 The Shamrocks grabbed an early lead in the first set at 11-5 before the Warriors put together a run of their own to come within one point at 11-10. From there, the set was a back-and-forth affair with Wahoo using a 3-0 run to take its first lead of the set at 22-21, but the Shamrocks closed out the Warriors with four straight points. 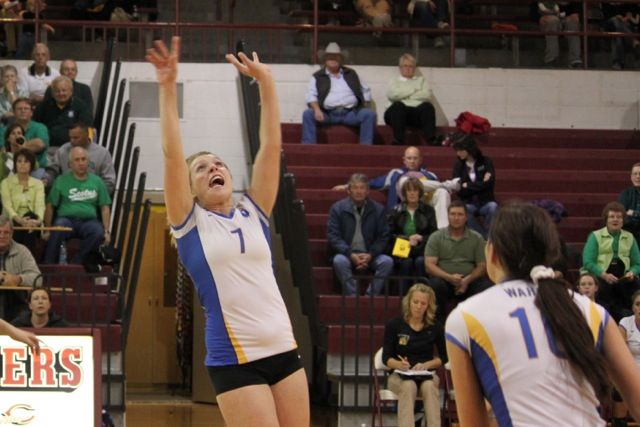 "We were playing some really good defense and got the momentum going on our side of the floor," Head Coach Trish Larson said. "Columbus Scotus is a very solid team that doesn't make a lot of mistakes and they took care of the ball and won the long rallies when is counted." 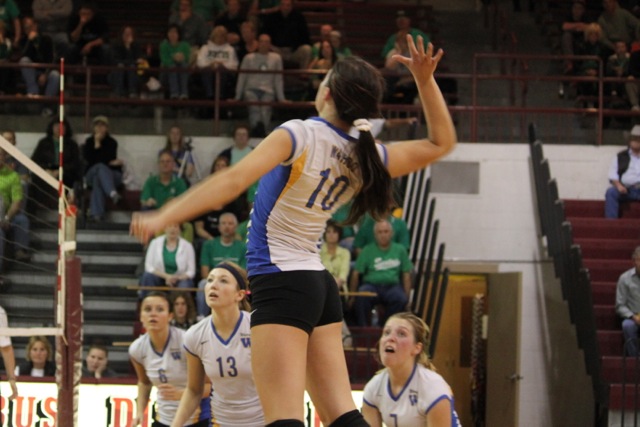 The Shamrocks got an early lead in the second set with a 15-5 lead and never turned back.

"It just seemed like we couldn't get anything going that second set. We started to play a little bit tight and less aggressive," Larson said. "You can't do that against good volleyball teams."

In the third set, Wahoo took command and was ahead 16-9.

"We knew that in order to beat this team, we had to go out swinging and the girls did just that." Larson said.

But it wasn't meant to be for the Warriors, and the Shamrocks took over the match with some key blocks and aggressive serving, ending it on a 16-3 run.

"I am very proud of how our girls handled themselves against this team," said Larson. "They played with a lot of heart and never backed down. They gave it their all and that is all we can ask for." 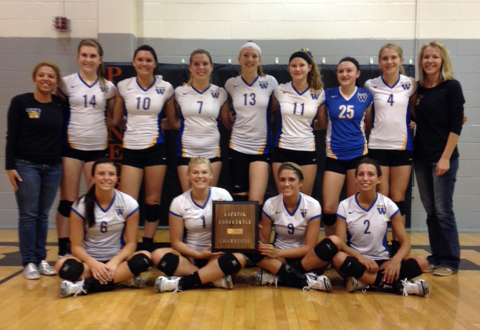 "I am very proud of how these girls competed today. It was a big week for us and to go 4-0 against some of the best teams in our conference is a huge accomplishment," said Head Coach Trish Larson.

The Capitol Conference Tournament is scheduled for Thursday, October 11 and Saturday, October 13. The tournament will be played at Wahoo, Syracuse, and Fort Calhoun High Schools.

In a week, the Wahoo volleyball team will know where it stands in the Nebraska Capitol Conference. The Warriors will also have a better idea about their wild-card possibilities for the Class C-1 state tournament, just in case a district championship isn't in the cards.

On Tuesday, the Class C-1 No. 9 Warriors (16-5) play host to a 19-2 Syracuse team thatâs a strong Class C-1 ratings contender. Then comes the conference tournament Thursday and Saturday,  where Wahoo could get a rematch with Syracuse or a second showdown with 20-1 Douglas County West, another ratings contender whose only loss came to Wahoo on Sept. 24.

With defending state champion and second-ranked Columbus Scotus in their subdistrict in three weeks, the Warriors not only want to hoist the conference hardware this week, they want to raise their wild-card point average at the same time.

Wahoo has never been to the state volleyball tournament, and the team approaches each match this season as one that will help it  achieve that first trip.

"It's a huge week, and it's going to be tough," Wahoo coach Trisha Larson said. "We need all the power points we can get with the district we have. It could make or break us."

Wahoo enters with the momentum of a second-place finish at the Ashland-Greenwood Invitational last month and a three-set road sweep of preseason rated Lincoln Lutheran last week. Wahoo split sets with Class B No. 2 Omaha Gross in the final of the Ashland-Greenwood tournament before falling.

On the way, however, Wahoo outlasted Lincoln Lutheran and a 16-7 Fillmore Central team in three sets and swept a 14-7 Ashland-Greenwood team for the second time this season.

The Warriors also have two wins against Omaha Concordia, last week's No. 10 team in Class C-1. Three other losses for the Warriors are to ranked teams: Class C-1 No. 3 Norfolk Catholic, Class C-1 No. 4 Lincoln Christian, and Class B No. 10 Seward.

Wahoo rebounded in the Ashland-Greenwood tournament from a five-set loss to crosstown rival Bishop Neumann on Sept. 24, the day after handing DC West its first loss.

After the setback to Neumann, "we talked about how strong teams bounce back from a tough loss," Larson said. "We learned from it and did much better in the (Ashland-Greenwood) tournament that weekend.

"Our schedule is tough, and that's by design," the coach added. "We want to challenge our girls throughout the season to make sure we're ready for districts. I'm proud of how they've handled themselves against the bigger teams like Gross. They haven't backed down."

The Warriors depend on offensive balance, a quick attack, strong defense and precision passing, serving and setting to make up for their lack of size. Darcy Barry, a 5-foot-5 senior outside hitter, leads with 146 kills and a team-high 251 digs. Her younger sister, 5-5 junior Laura Barry, is the setter and has 514 assists.

"Somehow I got the hops and the arm swing and my sister got the hands," Darcy Barry said. "We've played together a long time. We've developed a good connection."

The top six servers have combined for 132 aces this season, meaning the Warriors are capable of running points in any rotation.

"It's amazing how much quicker we're running things now compared to earlier in the season," Laura Barry said. "It's neat to know wherever I put the ball, they can kill it. Our hitters find open spots and keep the (opposing) defense moving all the time."

"We are very proud of how these girls competed today. It was a very tough tournament and they rose to the occasion," said Head Coach Trish Larson. "The girls fought tooth and nail against a very powerful team and had them scrambling until the end."

Wahoo advances to 11-3 with wins over Fort Calhoun and D.C. West.

Hitters Darcy Barry and Caroline Hohl led the way at the net offensively, finishing with 17 and 16 kills respectively. Setter Laura Barry handed out 50 set assists for the night.

âWe were able to pass the ball really well tonight which kept us in our offense," Head Coach Trish Larson said. âOur tough serving and some key blocks allowed us to slow down their big hitters during crucial times."

Hitters Caroline Hohl and Samantha Grandgenett led the way at the net offensively, while finishing with 10 and 8 kills respectively. Setter Laura Barry handed out 25 set assists and 3 kills.

"We served really well and with solid passing we were able to execute our offense tonight," Head Coach Trish Larson said. "We have a very balanced offense and are able to move the ball around and execute from all areas."

The Warriors will host the 2012 Wahoo Invitational Tournament on Saturday, September 1, beginning at 10:00 a.m. 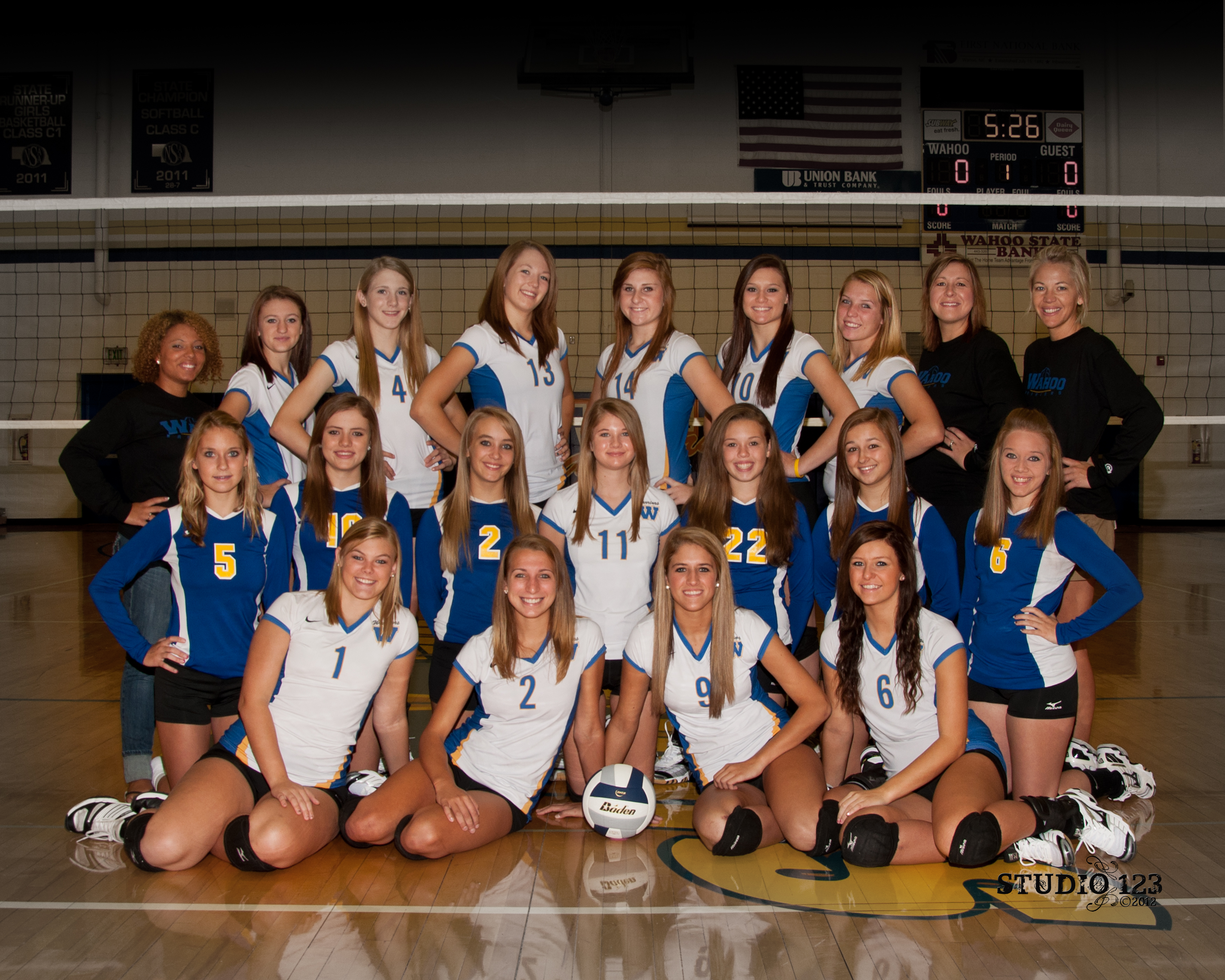 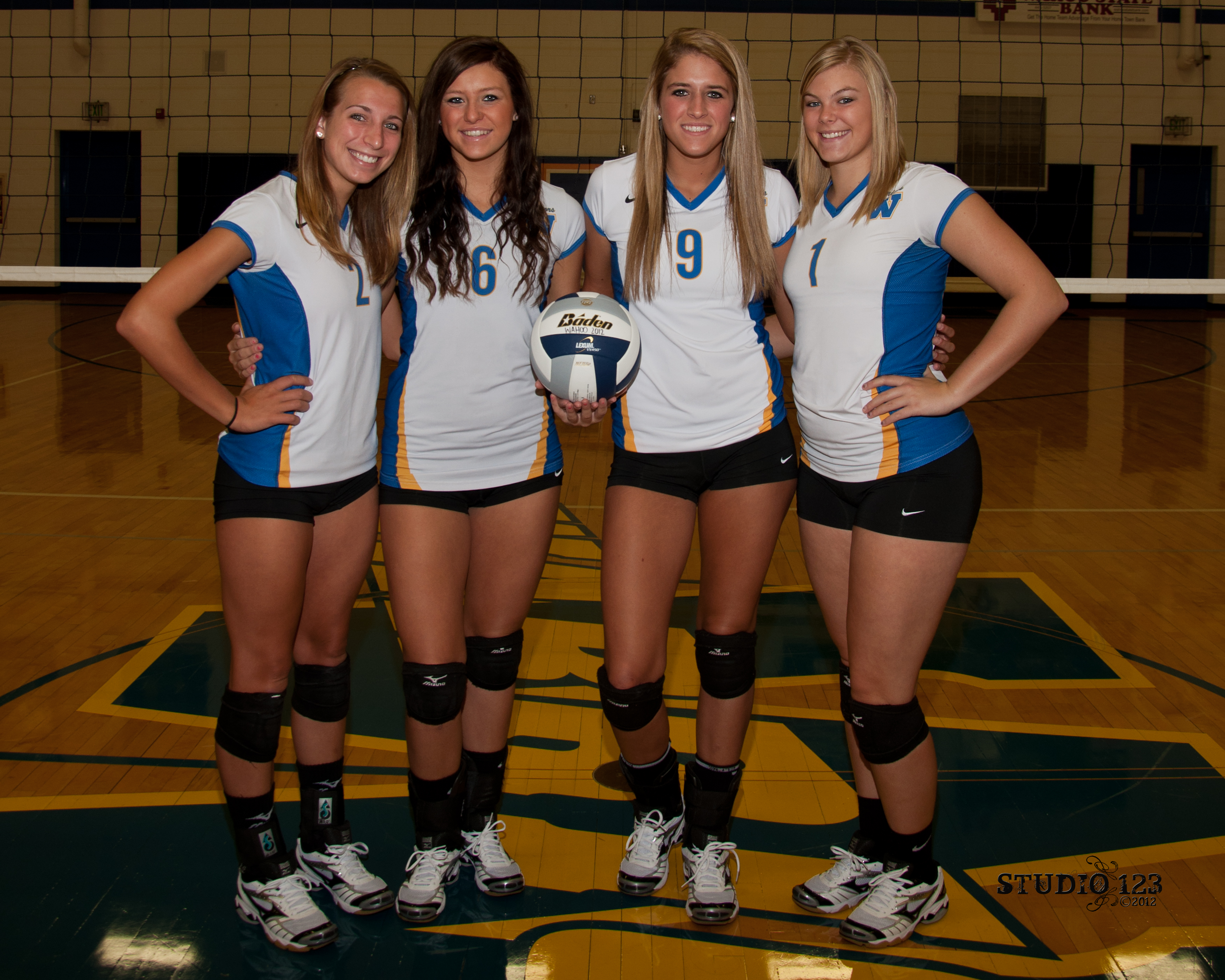