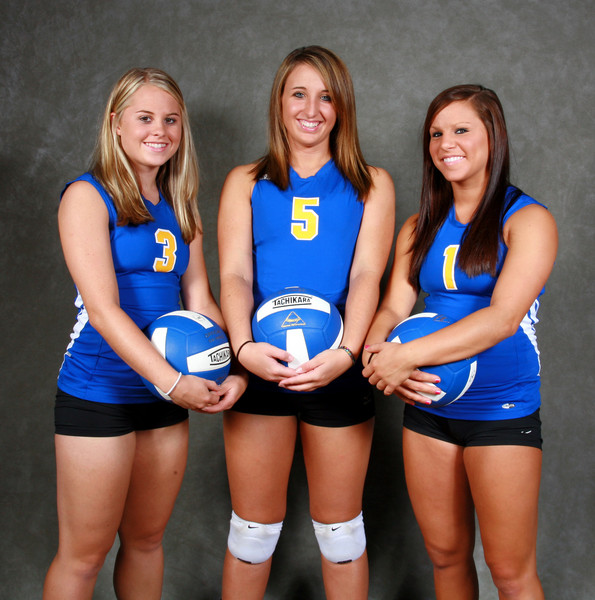 After a strong 14-2 start to the 2007 season, the Lady Warriors faced some tough opponents on the volleyball court.

On September 15, the Warriors won the Logan View Tournament with wins against Logan View, Yutan and Class A Omaha Bryan.

The next weekend, the girls kept their streak alive winning the David City Tournament. The team won against Fullerton and David City Aquinas and was able to beat Twin River in the championship match.

The Lady Warriors went on to defeat D.C. West and Fort Calhoun to win the Wahoo Triangular on September 24.

Junior Katie Sloup and Grandgenett led the Warriors to a big victory against rival Bishop Neumann on September 25.

After the third set, the Warriors were down two to one, but the team was able to fight off the Cavaliers in the fifth for the win. Sloup led the Warriors with 17 kills while Grandgenett had 25 digs.

“Being able to come back in the fourth set from being down two games to one and fighting off three game points in the third set was huge,” said WHS Volleyball Head Coach Michelle Mahler.

On October 11, the girls began the Capitol Conference Tournament with wins over Fort Calhoun and D.C. West. Big wins over Arlington and Bennington led them to the championship game against Syracuse, but they fell to the Rockets in just two sets.

The girls wrapped up their regular season play with a loss to Bennington on October 23.