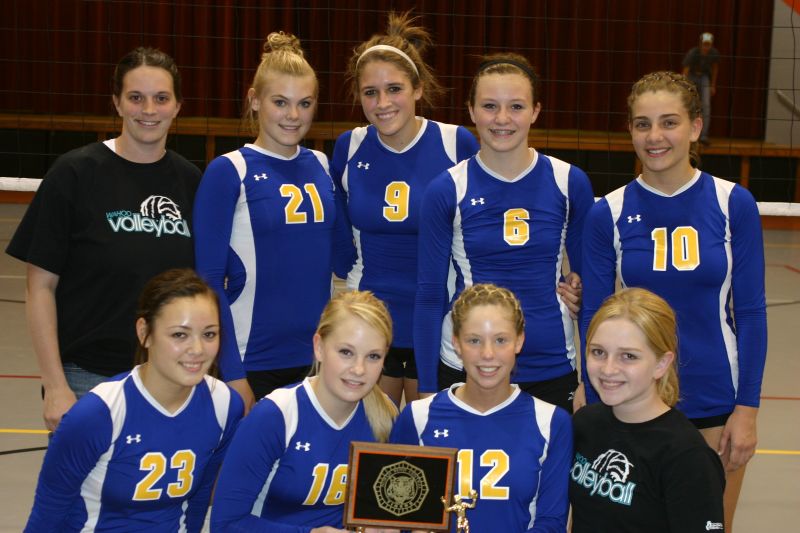 The Wahoo Volleyball “C” team traveled to North Bend Central to participate in a tournament on September 19 and brought back the championship!

The second game was against North Bend Central. The Warriors defeated North Bend in straight sets: 21-10, 21-14. The offense was jumpstarted with 5 ace serves from Caroline Hohl and 4 from Lindsey Kavan.

With the two victories, Wahoo moved into the championship game against cross-town rival Bishop Neumann. The Warriors were once again victorious in straight sets: 21-17, 21-11. Lindsey Kavan led the team with 6 ace serves, while Sam Grandgenett and Lois White led the team in kills with 5 and 4 respectively.