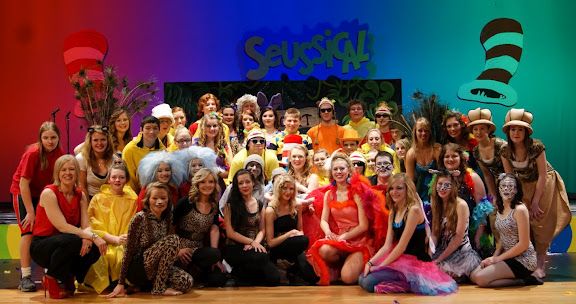 MAGICAL! COLORFUL! AMAZING! INCREDIBLE! Those are just some of the words used to describe “Seussical,” the musical recently performed by the Wahoo High School Vocal Music Department.

Many people commented that they didn’t know what to expect from the first musical in the new 750-seat auditorium. The audience was amazed as the stage was splashed with the vibrant colors of the costumes and lighting while the students sang their opening song “Oh the Things You Can Think.”

Besides being visually amazing, the talent on the stage also did not disappoint.

4f7313451de78
The show was led by an incredibly talented cast including Nathan Redding as the Cat, Josh Dewberry as Horton, Kody Pope as the boy JoJo, Gabi Siebenaler as Gertrude, Michaela Curran as Mayzie, Dani Lindgren as the Sour Kangaroo, Parker Nicholls, Ty Kander, Zack Gropp and Derek Hamar as the Wickersham brothers, Matthew Spicka as the Mayor of Whoville and Evann Vrana as Mrs. Mayor. The rest of the cast consisted of members of the high school concert choir.

WHS Vocal Director Julie Anderson was extremely pleased with all of her students.

“No matter how big or how small the part was, each student did their very best and really cared about giving the show their best effort. It was a very difficult show to tackle, but they did it and I couldn’t have asked for a better outcome,” Anderson commented. 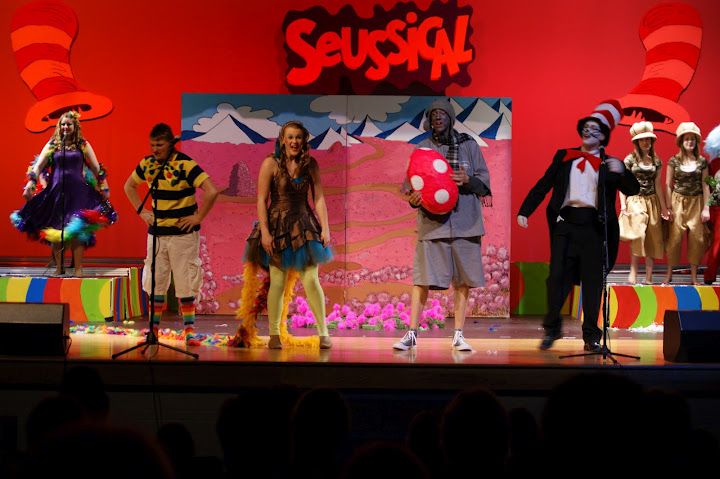 The outcome of the students’ performance was not the only thing Anderson was pleased with. She also was thrilled at the outpouring of enthusiasm from the audience after seeing the show.

“I wanted to take the audience on a journey and make the characters of Dr. Seuss come alive right before their eyes. I also wanted every minute to be exciting, entertaining, thoughtful, colorful and bright. And most of all, I wanted everyone who saw it to come out of the theatre with a smile on their face. I’m proud to say that I think we accomplished our goal!” Anderson said.

The show came together with the help of others behind the scenes as well.

“There is no way I could have done this all on my own,” explained Anderson. “I had a lot of people who helped.”

Anderson gives credit to the people she calls “the team.” That team consisted of her assistant Tim Houfek, who ran the orchestration accompaniment, Steve Olson and Michael Jonas on sound, Courtney Jones on the lights, and students from the drama department who did makeup and worked backstage.

“Directing a musical such as this is a huge endeavor, and there is no way it can happen without the help of others. I also had a lot of parents who came and pitched in with the set, costumes, supervision, errands and snacks for the students. I am very fortunate to have so much support!” said Anderson.

Anderson chose to do the musical at the end of last year. She said she labored for several hours in casting the show as she wanted to make sure each student would be able to show their individual talents through their character.

In the end, she felt the show was cast perfectly as she watched the final product unfold. She didn’t know the show well when she decided to take it on, but soon learned it was a story about morality.

The story was based on the Dr. Seuss book Horton Hears a Who. Horton the elephant tries to save the people from Whoville who are so small that they live on a tiny speck of dust. Horton is the only one who can hear them, and is also the only one that cares enough to do the right thing. He comes across many obstacles in trying to save “the Who’s,” including being hunted and taken to the circus as well as those who want to lock him up for being crazy. But in the end, he proves the Who’s are there on that speck of dust, and saves them.

• Costumes and props were borrowed from Midland Lutheran College and also rented from Sheridan Lutheran Church in Lincoln.

• Ms. Anderson sometimes put in 16-hour days while preparing for the musical.

• Jon Fredrickson, the theatre professor from Midland University, came one day to help students with the lighting. Courtney Jones had one session with him and took off on the lights. She was absolutely amazing when it came to getting the “look” of Seussical and deciding what lighting should go where. Courtney Jones has a lot of talent when it comes to lighting. Ms. Anderson would say what she wanted and Courtney would make it happen.

• Mr. Boldt played Yertle the turtle. He was the special mystery guest performer in the program!

• Ms. Anderson chose the musical at the end of the year last year and cast the show before school was out. The show was originally supposed to be performed first semester, but since the opening of the theatre was delayed, the musical had to be performed in the spring. In the long run, Ms. Anderson felt it was best as it gave her time to learn about the lights and sound system in the new facility.

• Mrs. Kreifels’ son Carter had a cameo appearance at the end of the show.

• Nathan Redding did a lot of improv work at each show. Ms. Anderson never knew exactly what he was going to do and every night was different. He was full of surprises and made Ms. Anderson laugh hysterically. The dance he did before Act II was never choreographed and he made it all up as he went. It was great EVERY time!!

• Dani Lindgen and Michaela Curran both questioned Ms. Anderson as to whether they could really pull their part off. Both were nervous about their roles, but nonetheless, they ended up being extremely impressive and wowed the audience every single night.

• The Wickersham brothers had a trampoline in back of the giant book that they would jump on to make them appear as if they could jump like real monkeys!!

• Casting a few of the characters was easy for Ms. Anderson. She said it was obvious to her that Nathan should be the cat and Horton should be Josh. She also knew Gabi Siebenaler would be the perfect Gertrude.

• The night of dress rehearsal, Ms. Anderson was unlocking a door and one of the students barreled through the door and knocked her in the head really hard. She saw stars and was a little disoriented, but the show went on!

• Rachel Olson and Bailee Schubauer were not assigned to play Thing 1 and Thing 2 until dress rehearsal. Ms. Anderson never knew what they were going to do either! But, she was very happy and felt they played their roles PERFECTLY! They were also very helpful when it came to getting things ready on the set. Thing 1 and Thing 2 are always running around doing something mischievous and they never stand still, so it was fitting that they would help with the set pieces while the show was going on.

• It took six hours and the help of several students and parents to paint the hats, Seussical sign and borders around the risers for the show. 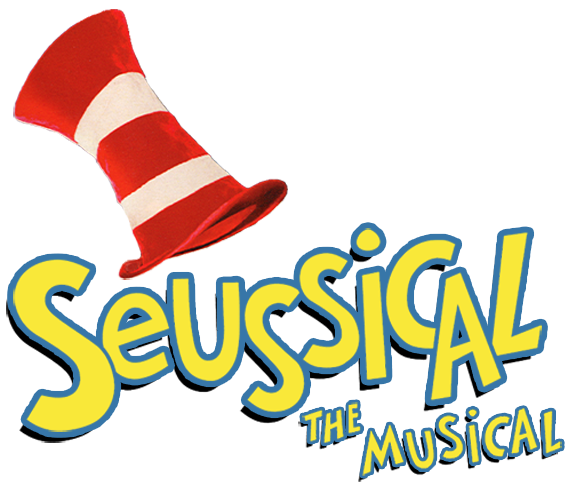