$6 children/students     •     $8 adults
(Tickets available for purchase in the WHS office, Cookies & Cream Café, and at the door)

“Be careful what you wish for” seems to be the ongoing theme in Stephen Sondheim and James Lapine’s Brothers Grimm inspired musical, Into the Woods.

The story follows The Baker and his wife who wish to have a child, Cinderella who wishes to go the King’s Festival, and Jack who wishes his cow would give some milk. When the Baker and his wife are visited by the neighborhood witch, who reveals to them that she placed a curse on their family, the two set off on a journey into the woods to reverse the curse.

Also in the woods, we meet Little Red, who is trying to visit her grandmother, the Wolf who loves tasty little girls, the Witch’s daughter Rapunzel, and the Princes chasing after their loves.

By the end of Act I, everyone has gotten their wish and will seemingly live happily ever after. But in Act II, when Jack’s beanstalk brings them a visit from an angry Giant, we see how the consequences of their actions haunt them in disastrous ways. The community must come together to save each other and their kingdom, but sacrifices must be made. 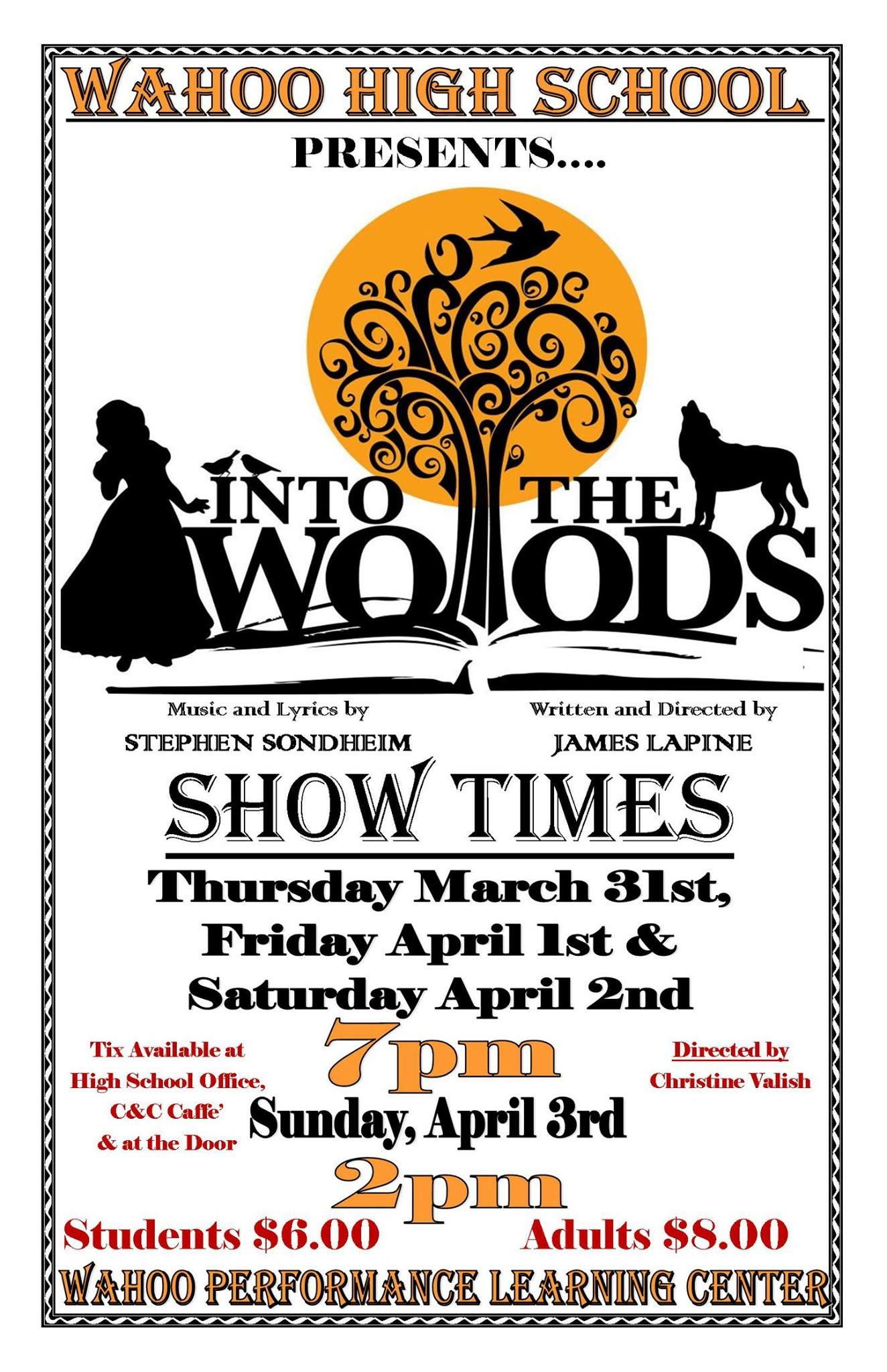