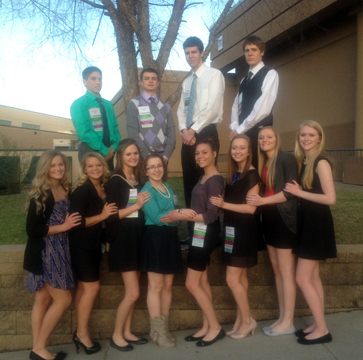 This past week my school’s FBLA chapter and I were lucky enough to attend the 2015 FBLA State Leadership Conference, along with 2,482 other FBLA students from across the state!

FBLA stands for Future Business Leaders of America. While we were at state, we took tests, listened to speakers, attended seminars, socialized with friends, and met lots of new people!

Over this three-day period (April 9-11), we stayed at the Ramada Hotel in Omaha, which is connected to Coco Key.

When we arrived on Thursday, we went to the opening ceremony. There was a speaker from Wahoo. Not good ole Wahoo, Nebraska, but Wahoo, Florida, which is close to Tampa. He talked to us about a girl who had a disability that made walking difficult, but that didn't stop her, and she ended up being an Olympic medalist! He was a great speaker. 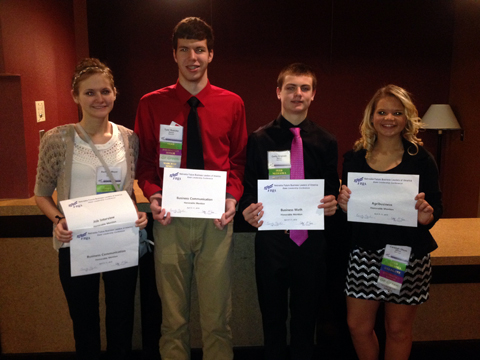 We also met this year’s candidates for state offices and listened to a two-minute speech from each of them.

On Thursday night, we future business leaders participated in some test competitions. There were 50+ tests in which each member could choose to compete. After we were done with the tests, we had some down time where we could wander and meet new people, play board games, or almost anything we could think of.

On Friday morning there were more tests to take and seminars we could attend. At around 6:00 p.m., there was a supper catered by the hotel! Once we were done testing and eating, there was an awards ceremony for the students who scored in the top 4% of each test.

It's always a cool feeling when there is someone from your chapter up on the stage!

Once that ceremony was over, there was a dance. The dance was packed and hot, but it was a good time! The dance got over at midnight, and everyone went to their rooms to get some sleep.

On Saturday morning the closing ceremony started at 9:45 a.m. At that ceremony, the top eight winners of each test were recognized and we were introduced to the new FBLA state officers! After that was over we made our way back to Wahoo!

To fundraise for State expenses, we sold butter braids earlier in the year. I can't wait for next year!