Eighteen WHS FCCLA members attending the 9th annual Out of the Darkness Suicide Prevention Walk, held in Omaha on Sept. 15. 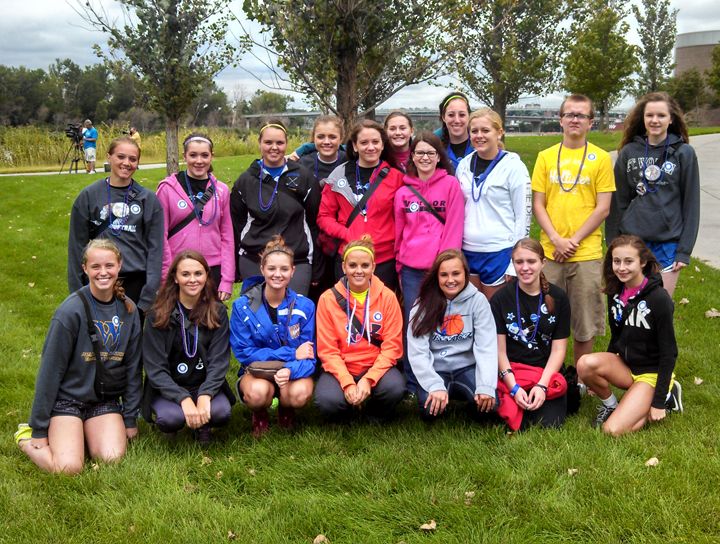 Students attend 9th annual "Out of the Darkness" walk

On Sunday, September 15, eighteen members of the Wahoo High School Family, Career, and Community Leaders of America (FCCLA) set out for Omaha to attend the 9th Annual Out of the Darkness Suicide Prevention Walk.

The event was sponsored by the American Foundation for Suicide Prevention.

The purpose of the event is to bring awareness to mental illness and suicide prevention, and walks such as this one are held all over the United States. According to the American Foundation for Suicide Prevention, someone in the U.S. dies from suicide every 13.7 minutes and an attempt is estimated to take place every minute. Ninety percent of all people who die by suicide have a diagnosable psychiatric disorder at the time of their death, which is why the American Foundation for Suicide Prevention believes it is important to bring awareness to mental illness to prevent suicide from taking place.

If you are interested in contributing to their efforts, please contact WHS FCCLA Advisor Allison Kreifels at 402-443-4332 or at akreifels@esu2.org. You can also donate online at
http://afsp.donordrive.com/index.cfm?fuseaction=donorDrive.team&teamID=50484

Wahoo High School Family, Career, and Community Leaders of America is the only career and technical student organization with the family as its central focus. Our members complete activities that focus on service and leadership in the school, community, and workplace. They are part of the national organization that includes over 200,000 members from all over the U.S.