2014 season ends with loss to Raymond Central @ State (3rd round)

Times were getting tough at Wahoo, a school where they know a thing or two about winning softball games.

The Warriors have won three of the past four Class C state tournaments, but seven starters graduated from the 2013 champion.

Wahoo’s 2014 season got off to a rocky start as the varsity newcomers were defaulting to the panic button. Coach Trina Christen and her staff decided it was time for the team to get its mental game straightened out.

Launch the media gallery 2 player
“It was after a home quad with Crete, Waverly and Ashland,” Christen said. “We were up on Ashland by five in the seventh inning and they came back and beat us. We were panicking in big situations, and one error would lead to another.”

Sessions with an elementary school guidance counselor helped pave the way for the Warriors to rally and earn the opportunity to defend their state title beginning Wednesday at the Smith Softball Complex in Hastings.

The Warriors improved to 19-14 by roaring through the C-3 district tournament, earning the No. 7 seed and the accompanying first-round game at 9 a.m. against Gothenburg.

Christen said the counselor talked to the team about how fear is a chemical reaction that they could control. The best way to counter that was to trust and believe in each other and simply play like they had at times during practice and early season games.

“We knew it would be hard at the start with basically a new group,” Christen said. “We saw things in practice and games occasionally that made us think ‘We could put this together and it could work.’ ”

After the Warriors started the season 5-9 and fell out of the ratings, things finally began to turn around. Starting with a victory over Tekamah-Herman, Wahoo won 14 of its final 18 games but still was seeded fourth in the seven-team district.

In that 5-9 start, Wahoo lost 8 of 10 games at one point, including six straight, before the second-half surge.

The Warriors have only three seniors on their roster, two of whom are infield starters.

Kelsey Tomjack scoops up ground balls and picks off line drives at second base. She is hitting .290 with 18 RBIs and 17 runs scored.

Partridge and sophomore Joselyn Schnakenberg have handled the pitching this season. Partridge is 7-6 and Schnakenberg — who also is Wahoo’s leading hitter with a .500 average and a team-leading 36 RBIs — is 12-8 with a 3.45 ERA.

Now that the Warriors have survived the regular season and learned from playing games against Class A and Class B schools early in the season, Christen is hopeful that equates to success this week.

“In the long run I think that has helped us,” Christen said. “Now there are balls that have been put in play, we’ve seen it, there’s nothing we haven’t seen. That strong schedule early in the year has helped later in the year.

“We kept telling the girls: ‘This is only going to make us better.’ They’ve learned now that tradition never graduates, there’s just the chance to add onto it.” 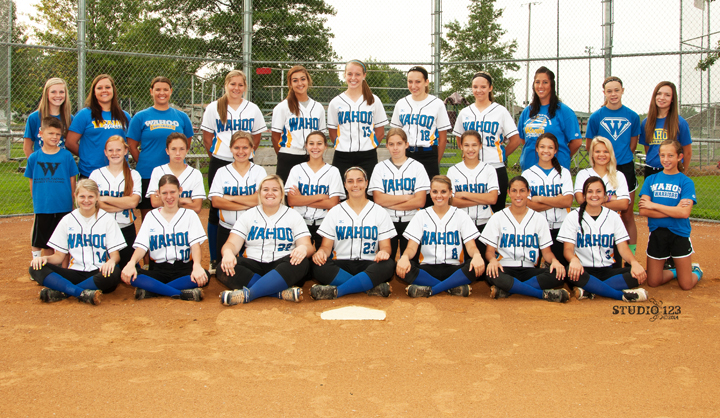 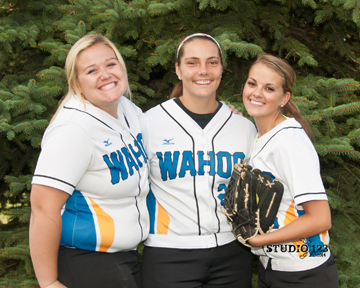