Click picture to view a slideshow of other pictures from the 2013 State Softball Tournament courtesy of Renee Hancock. 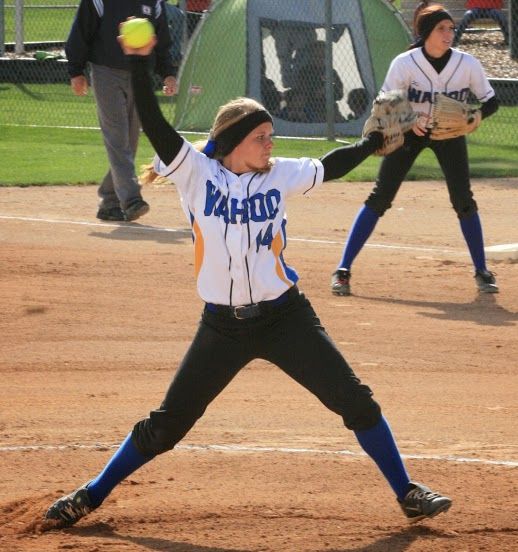 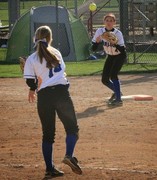 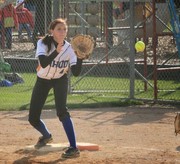 Click picture to view a slideshow of other pictures from the 2013 State Softball Tournament courtesy of Renee Hancock.

It's officially a way of life for Warrior Softball! Wahoo has enjoyed its 6th consecutive trip to State, and has taken the title three times out of the past four years (2010, 2011, 2013)! The Warriors entered the 2013 Class C State Tournament as the #1 seed.

HASTINGS, Neb. - Nearly a decade of teaching, learning, playing and winning came to a successful conclusion for the Wahoo Warriors Friday in the Class C state championship game.

Warriors coach Trina Christen said she has been working with this group of seniors since they began playing together in age 10-and-under leagues.

"The kids and all the families have spent so much time together," Christen said. "This team is special in a different way."

It was the third Class C title in four years for the Warriors. Wayne earned its berth in the title game by winning a 15-12, eight-inning slugfest over Wahoo Neumann earlier Friday at the Smith Softball Complex.

The 29-9 Blue Devils didn't make it easy early for the Warriors. Wayne scored four runs in the top of the first inning, with the big hit being a double by center fielder Danica Schaefer.

"Once we got the four-run lead, we knew if we could stay out of the big inning we'd have a chance," Wayne coach Rob Sweetland said. "They made a lot of plays, and we had a chance to make plays, too, and we didn't."

Wahoo methodically erased Wayne's advantage over the next three innings, scoring twice in both the first and second innings. Three runs in the third gave the Warriors a lead they would never lose.

Shortstop Taylor Otte started the Warriors' comeback with a home run to left to lead off the bottom of the first. Pitcher Michaela Miller then drew a walk before being singled home by first baseman Shauna Tweedy.

Otte's home run "was a huge shot for us," Christen said. "She's our leader, and everybody follows and gets inspired by what she does."

In the second inning, Wahoo left fielder Kelsi Anderson led off with a single and was sacrificed to second by Kelsey Tomjack before Otte drew a walk. Then, with two outs, third baseman Katie Harrell reached on an error that also scored Anderson and Otte.

Anderson had a two-run home run in the third inning, and Harrell drove in Tomjack with a single to left-center to put Wahoo up 7-4.

"They just have so much confidence in our hitting that they will just go out and chop away and get after it one inning at a time," Christen said. "After that, they really settled down." 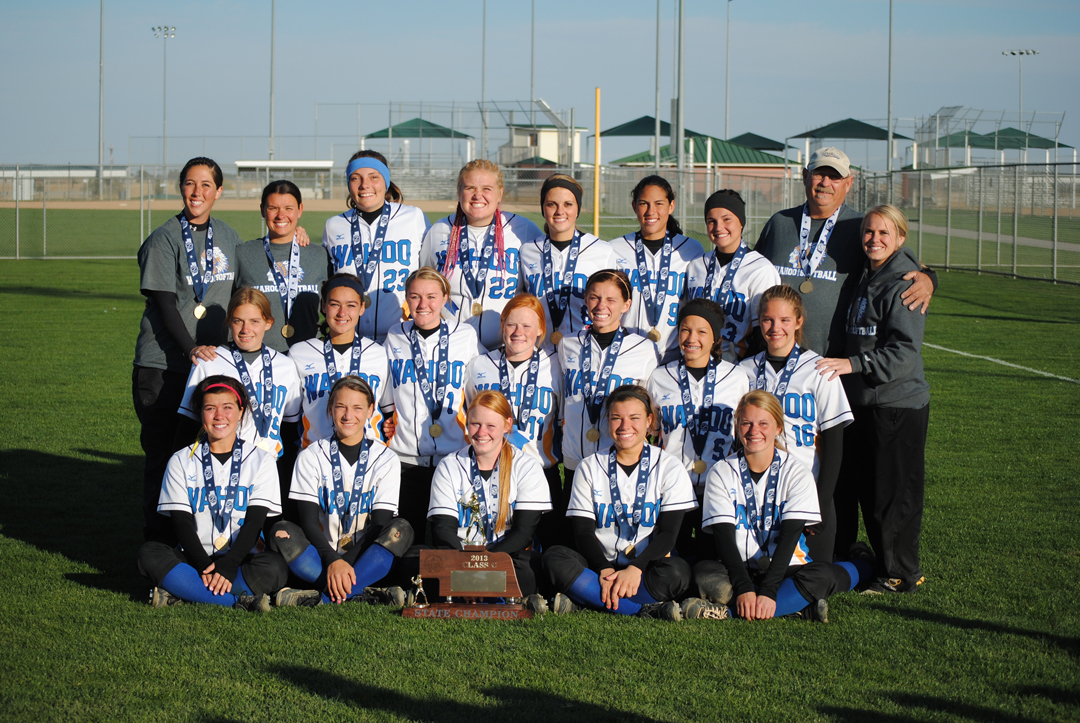 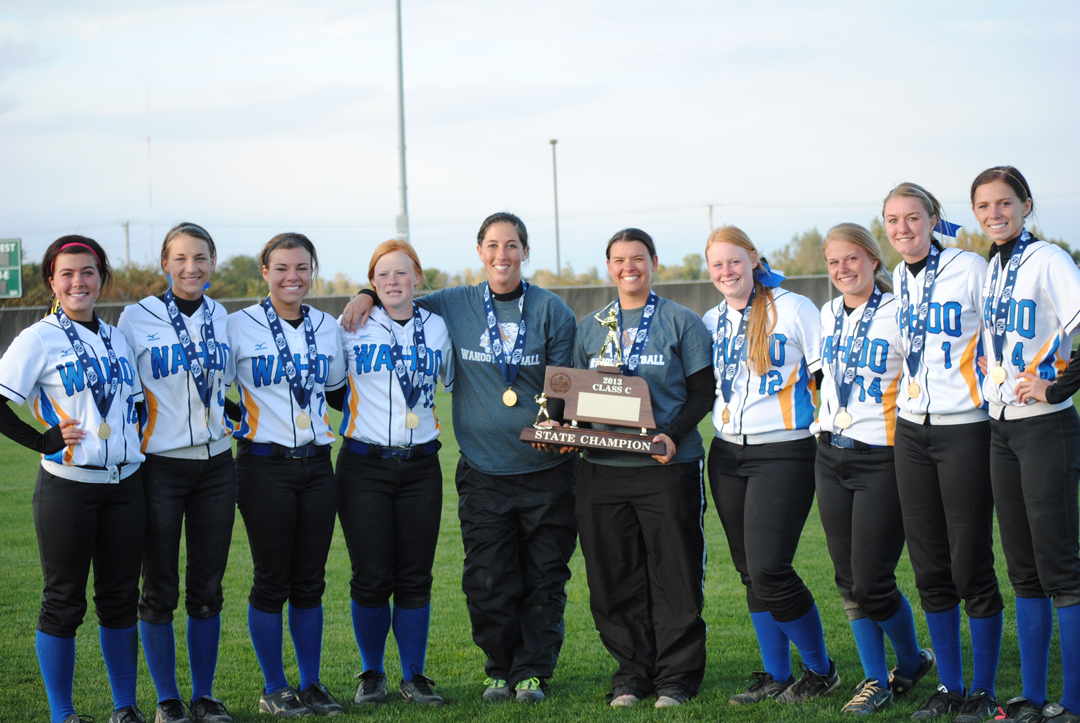 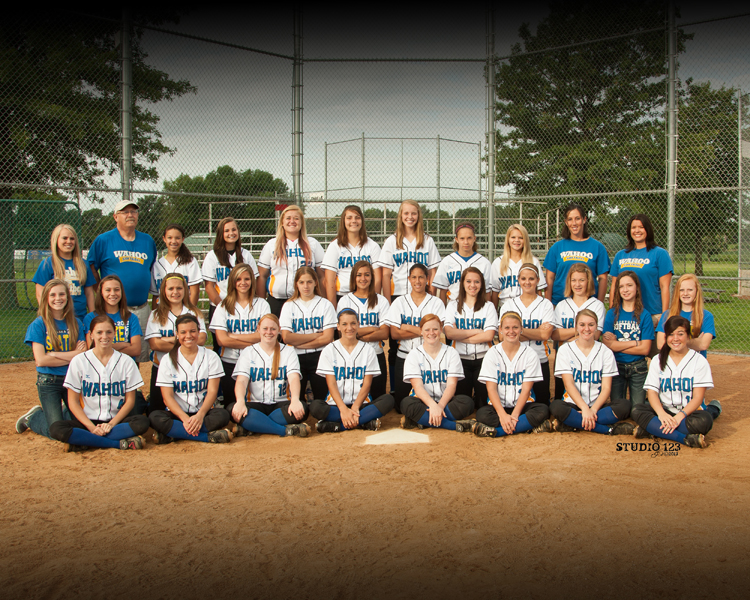 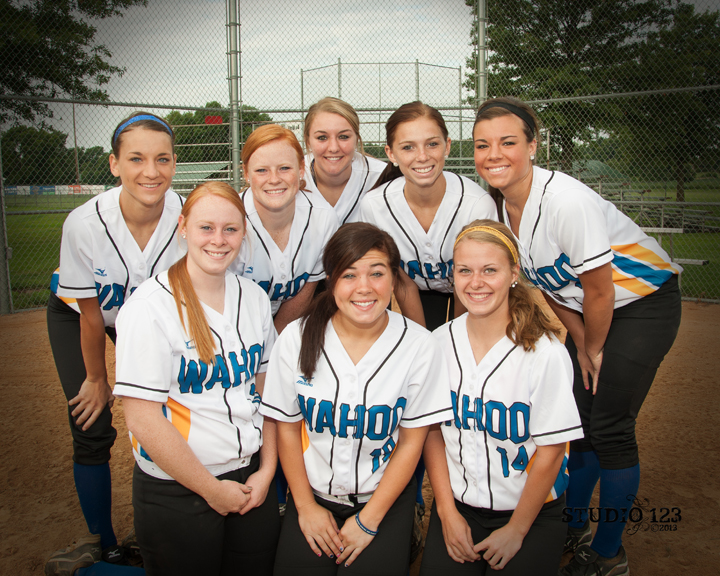