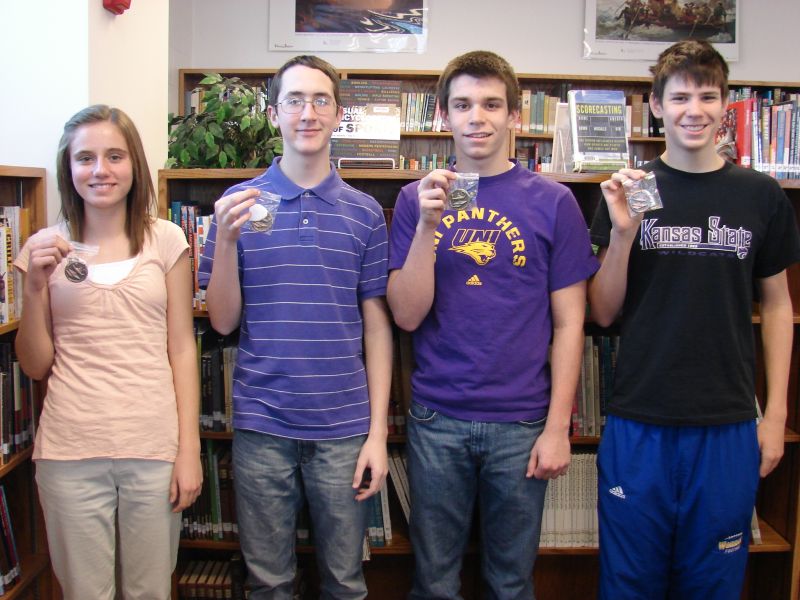 Wahoo High School has added Academic Decathlon to its list of clubs and organizations available for students.

Each year the Academic Decathlon announces a broad topic of study. That topic of study is then spread over 10 academic areas (hence the name decathlon). Topics of study include Art, Economics, Language, Literature (including a novel study), Math, Music, Science and Social Studies. There are also essay and speech events at the state and national competitions. The students study this curriculum throughout the year, in preparation for competition in the spring.

This year’s topic is “The Age of Empire” (Imperialism). Students are studying different empires in world history and the atrocities that oftentimes accompany those empires. In this year’s novel, The Heart of Darkness by Joseph Conrad, students read a powerful historical fiction account of the Belgian Congo, under the rule of the corrupt King of Belgium, Leopold II, and the genocide that occurred from his lust for power and wealth during the late 19th/early 20th centuries. This period of rule is considered by many to be one of the worst man-made humanitarian disasters of this time period.

On January 21, 2012, the WHS academic decathlon team will compete in the regional meet at Midland University in Fremont. At this event, students will take a variety of written tests over this year’s curriculum, and compete against other schools in our area, in hopes of qualifying for the February 17-18 State Finals at Creighton University in Omaha. The school that achieves victory at the State Finals will represent Nebraska at the National Finals in Albuquerque, New Mexico, scheduled for April 25-28. 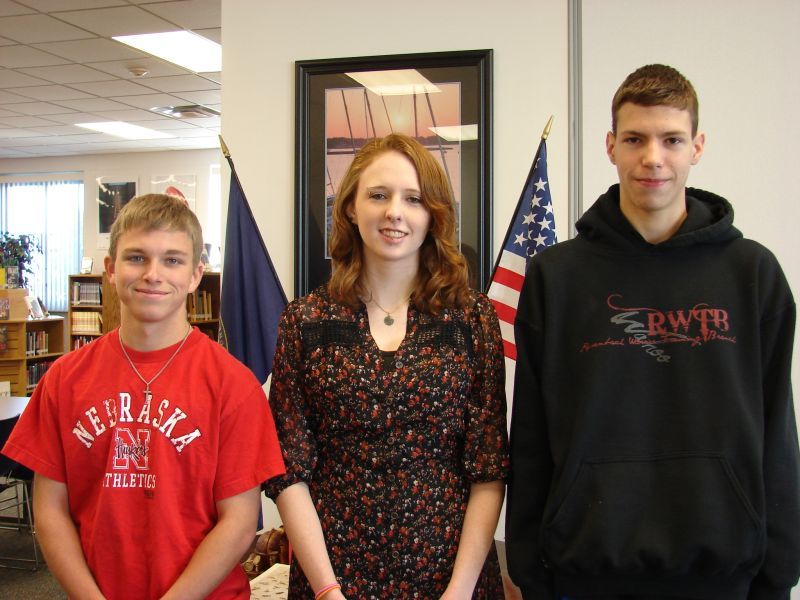 “The rewards of this program far exceed the pursuit of a championship trophy,” commented Co-Head Coach David Privett. “There are impressive scholarship opportunities that accompany this program, and I have no doubt that ACT/SAT scores will be significantly impacted by the amount of knowledge gained from AD, especially for students who really commit to this competition over four years of high school.”

At this point, the WHS Academic Decathlon team practices every Wednesday morning at 7:30 a.m., to discuss general AD issues and focus on the Language and Literature curriculums. Separate practices are scheduled periodically before and after school to focus on other curricular areas. These practices are taught by other WHS teachers, who have been very gracious in donating their time for these sessions.

This year, one the biggest challenges with AD is finding enough time to adequately cover the entire curriculum.

“Students are busy, and this is a huge commitment! Right now, all time spent on academic decathlon is outside of the school day. It’s difficult for students to go through the school day, attend practice, go home and eat, do homework, and THEN find time to study an entire curriculum on imperialism independently,” Privett said.

To help conquer this, WHS will offer Academic Decathlon as an elective course, starting 2012-2013. The course will be taught by Mann and Privett. That way, students will have 50 minutes devoted to AD every day, in addition to the time students are able to spend independently.