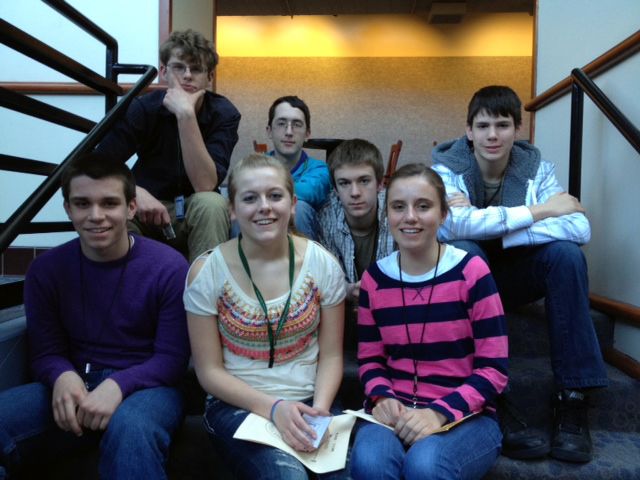 Congratulations to this year’s new AcaDeca team for earning third place at the District meet on Saturday, January 21, at Midland University in Fremont!

In addition to earning individual scholarships for their District finish, the team has also qualified for the State Meet, which will be held February 17-18 at Creighton University in Omaha!

The WHS Academic Decathlon team, in its first year of existence, earned third place at the Jan. 21 District Meet at Midland University, and has qualified for the Feb. 17-18 State Meet at Creighton University! 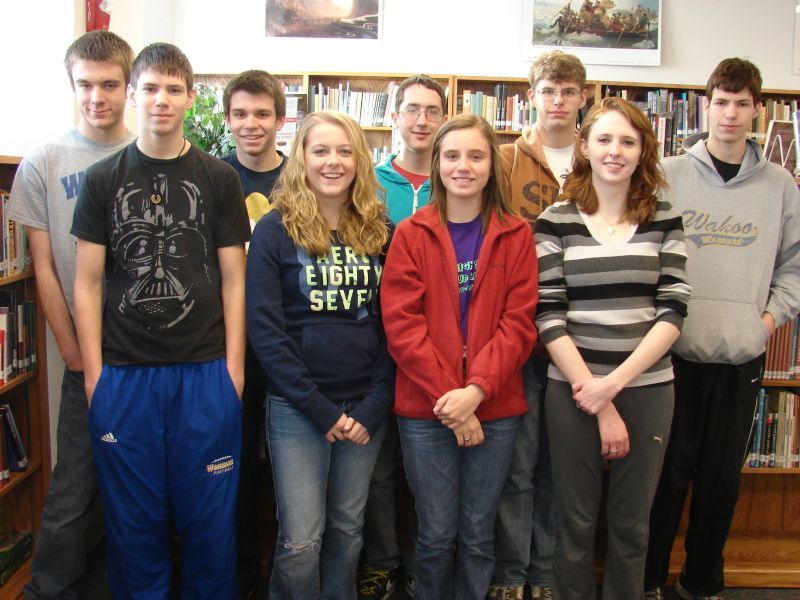 Launch the media gallery 2 player
The WHS Academic Decathlon team, in its first year of existence, earned third place at the Jan. 21 District Meet at Midland University, and has qualified for the Feb. 17-18 State Meet at Creighton University!
Since August, this new group has been studying the national Academic Decathlon curriculum, which focuses on a different theme every year. This year’s theme was The Age of Empire (Imperialism). The District competition tested students’ knowledge of this theme as it pertained to the following academic areas: Art, Economics, Language & Literature, Mathematics, Music, Science and Social Studies.

The team also earned a third place finish in the Super Quiz (social studies) competition, missing second place by only one point!

“I was very pleased with their overall performance,” commented Academic Decathlon Co-Sponsor David Privett. “This curriculum is very challenging, and all time currently devoted to this is outside of school hours, so qualifying for State is a great accomplishment!”

Wahoo High School will offer “Academic Decathlon” as a regular elective course, starting in the 2012-2013 school year. The course will be taught by Privett and WHS Language Arts Instructor Andrea Mann, also a current AcaDeca co-sponsor.

“Most of our competition consists of schools with established Academic Decathlon classes. Having a class of our own will make us even more competitive next year,” Privett added.

In addition to being tested over the seven academic areas listed earlier, students will be busy preparing for the three additional areas of competition at the State Meet: an essay, a speech, and an interview . . . making ten events total, hence the name “decathlon.”