The Warrior Academic Decathlon team ended its 2018-2019 season at the State Competition, held Feb. 15-16 at the University of Nebraska at Omaha. Despite missing one team member due to illness, Wahoo made an impressive showing, bringing home the 3rd place team trophy, along with 19 individual medals! 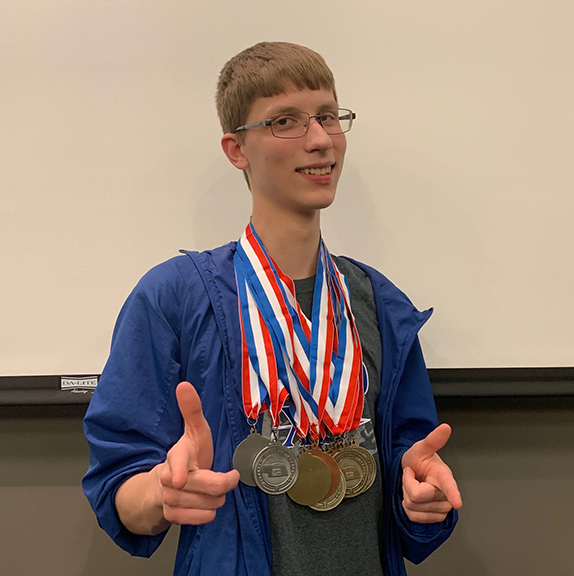 American author Dave Barry recently stated that “The Sixties are now considered a historical period, just like the Roman Empire.”

The decade has been selected by the United States Academic Decathlon as its 2018-2019 topic of study, and the WHS AcaDeca class has been studying all aspects of the 1960s since the beginning of the school year . . . from the Presidency of John F. Kennedy to Neil Armstrong setting foot on the moon, and everything in between!

The 2019 Nebraska Academic Decathlon Regional Competition was held on Saturday, January 20 on the campus of Midland University in Fremont. Individually, the Warriors brought home 39 individual medals. That includes a CHAMPIONSHIP in the annual Super Quiz (a team competition over the social studies curriculum)! Wahoo scored an impressive 24/30 in the challenging Super Quiz, followed by Mount Michael (2nd place with 22/30), and Roncalli Catholic (3rd place with 13/30). 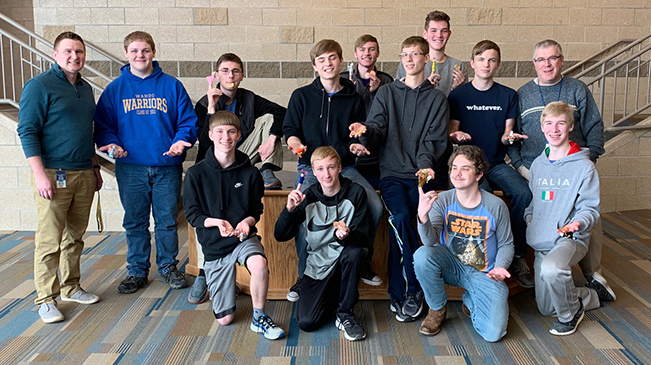 The WHS Academic Decathlon Team has qualified for the 2019 State Competition, scheduled for Feb. 15-16 at the University of Nebraska at Omaha! The Warriors made an impressive showing at Regionals, placing 2nd place among all small school regional competitors across Nebraska, and brought home 39 individual medals, including a social studies Super Quiz Championship!

Wahoo's Super Quiz score was the highest in the state among all competing schools, small and large, a first for Warrior AcaDeca! 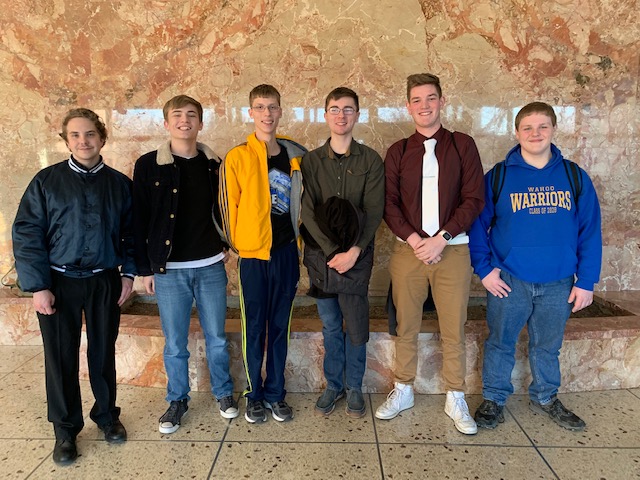 The Warrior performance of the day came from WHS senior Noah Polacek, who blew away the competition in the Scholastic category! Of the six written tests, Polacek took the Gold medal in five, and silver in one (missing gold by a single question). 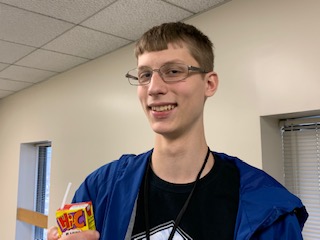 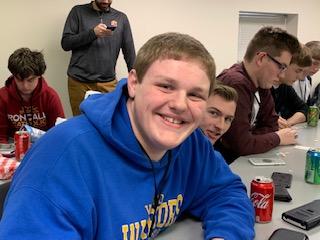 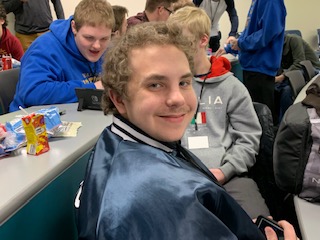 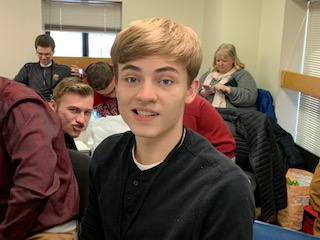 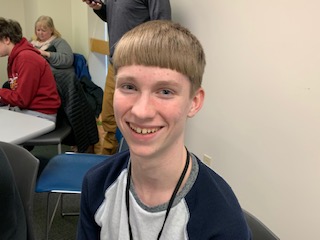 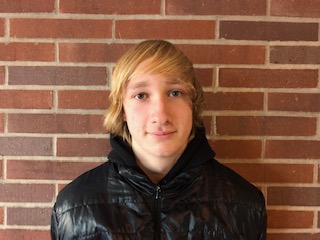 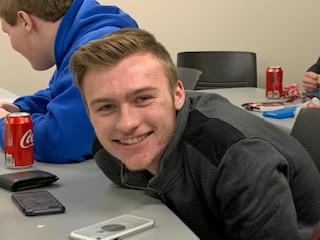 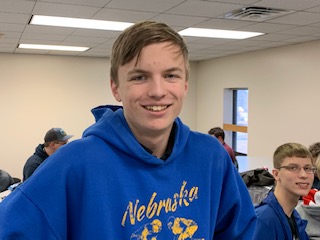 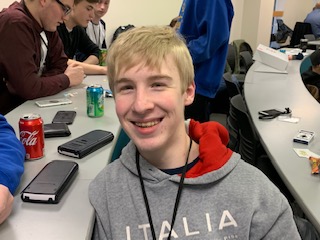 As at team, Wahoo finished in 2nd place in the regional competition, and also placed 2nd among all small and very small schools from the seven regionals across the state!

Wahoo's performance has qualified them for the 2018 Nebraska Academic Decathlon State Finals, which will be held February 15-16 on the campus of the University of Nebraska at Omaha. At State, in addition to the seven academic areas, students will also compete in an essay competition, speech competition (prepared and impromptu), and a personal interview competition. This will be the Warriors' seventh State appearance, out of the nine years it has competed. Not too shabby!

"I am very proud of the team this year," commented WHS AcaDeca Coach Weston Sieck. "We improved our medal count from 11 total in 2018 to 34 this year! We achieved our goal of winning the Super Quiz by crushing the competition 24 to 22, and the next highest team scoring 13! It is also fantastic that we scored 2nd place in the state!"

In preparation for their regional competition (scheduled for Jan. 19 at Midland University), the Warrior team recently participated in two area scrimmages: Saturday, Nov. 3 at Pius X High School in Lincoln, and Saturday, Dec. 1 at Daniel Gross High School in Bellevue.

At the Pius scrimmage, students competed in the areas of Art, Language and Literature, and Mathematics, as well as a Super Quiz, covering the Social Studies curriculum.

Congratulations to the following Pius medalists: 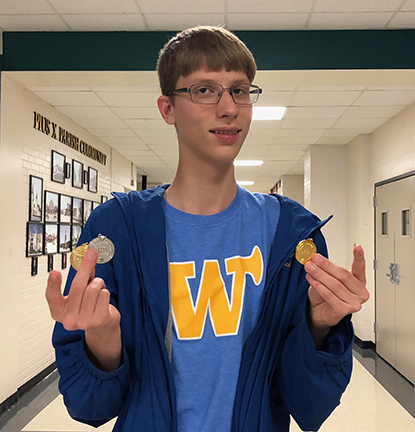 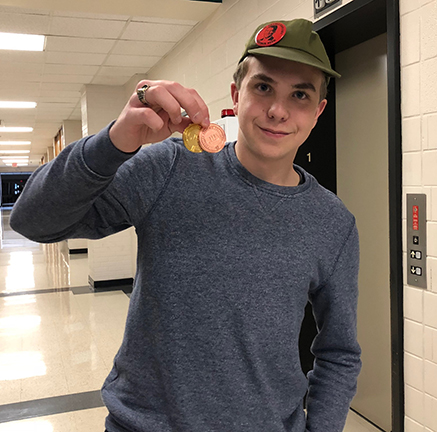 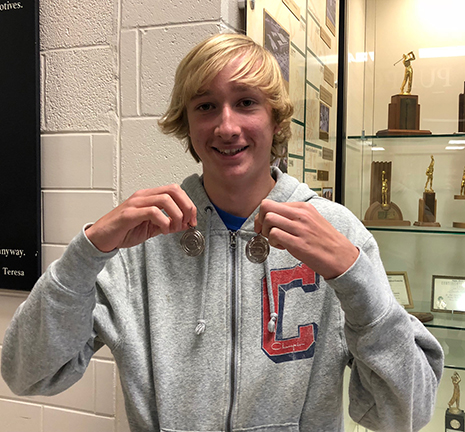 At the Gross scrimmage, students competed in the areas of Economics, Music, and Science, as well as a Social Studies Super Quiz.

Congratulations to the following Gross Medalists: 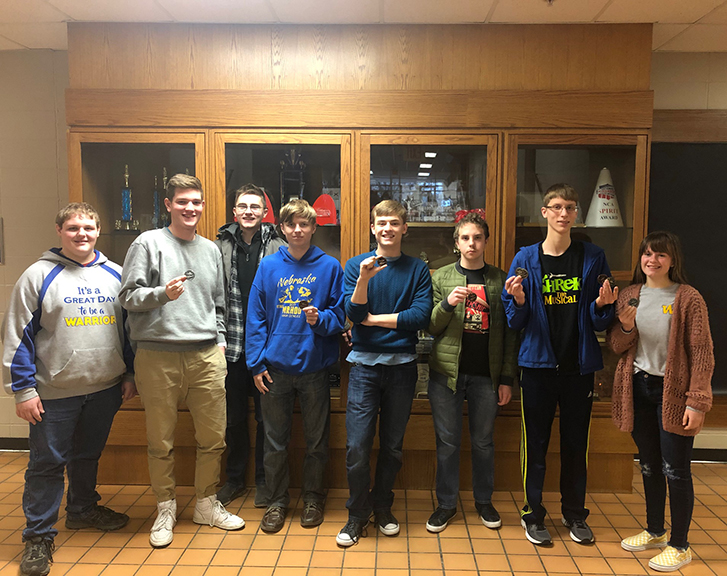 Academic Decathlon is a national, ten-event scholastic competition for teams of high school students. Each high school team consists of six students: two Honors students (“A” GPA), two Scholastic students (“B” GPA), and two Varsity students (“C” or below GPA). At State, teams are increased to three students per category.

The 2018-2019 Academic Decathlon topic of study is the 1960s. Students have spent the school year studying the following:

• SCIENCE: The science topic is an introduction to laser technology and its applications.

• ART: The art curriculum includes a section on art fundamentals and largely focuses on an introduction to the art of the 1960s.

• MUSIC: The music curriculum provides an introduction to the music of the 1960s.

Congratulations Warrior AcaDeca on an awesome performance at your scrimmages and regional competition, and good luck at the State! 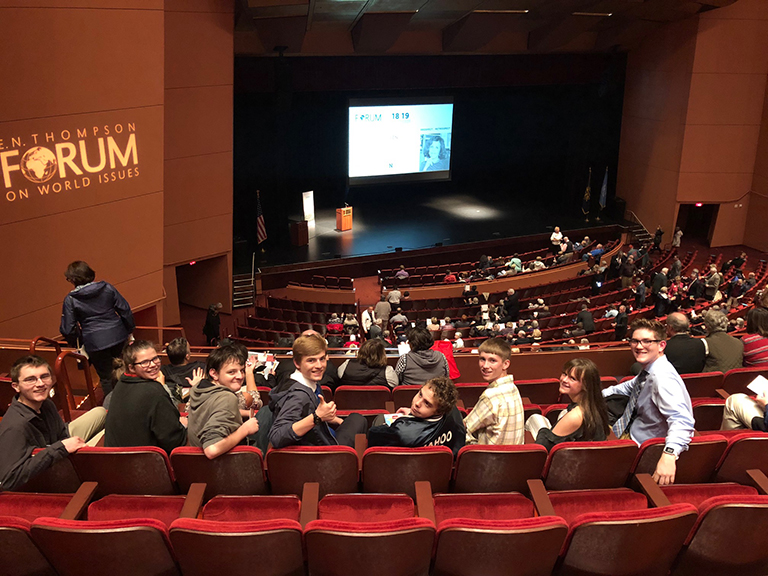 As an enhancement to their study of the Sixties, Warrior AcaDeca students enjoyed the opportunity to attend a symposium featuring American Journalist, Historian, and Presidential Biographer Jon Meacham, who spoke on "Tumult, Tragedy and Hope: America in 1968 from a Half Century Perspective." The event was held at the Lied Center in Lincoln on Oct. 9, 2018, and was part of the E.N. Thompson Forum on World Issues.

Academic Decathlon and India: They're all the raj! WHS AcaDeca students have been studying all aspects of India (the 2015-2016 assigned topic) since the beginning of the school year, in preparation for the yearly regionals, where . . .

The Wahoo High School Academic Decathlon team qualified for the 2015 State Competition, which was held Feb. 20-21 at the University of Nebraska at Omaha. CONGRATULATIONS Warriors: 3rd place state-wide as a team in the small school . . . 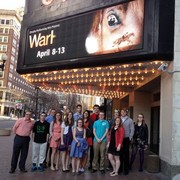 Think you can't get emotionally attached to a puppet? Think again! As a reward for a school year of hard work and accomplishment, the Wahoo High School Academic Decathlon class enjoyed a trip to downtown Omaha on Thursday, April . . .

POST-STATE UPDATE: Congratulations WHS Academic Decathlon team: 2011 Nebraska Rookie Team of the Year. Congratulations also to the following members for their awards at the 2012 State Meet, held February 17-18 at Creighton University in . . .

It’s like Jeopardy on steroids! Wahoo High School has added Academic Decathlon to its list of clubs and organizations available for students. The United States Academic Decathlon is a national scholastic competition dedicated . . .