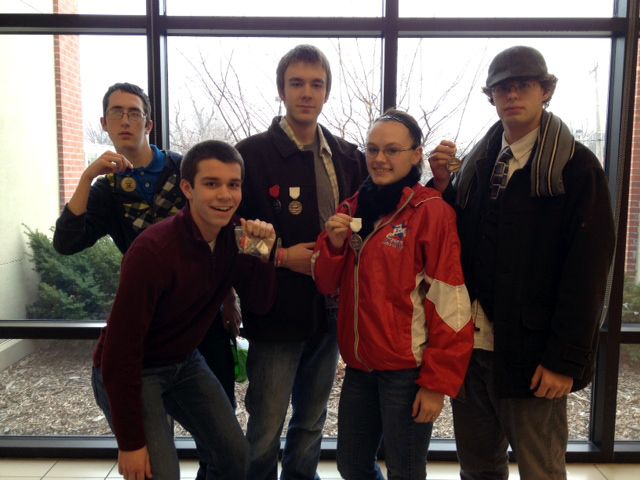 The WHS Academic Decathlon Class competed in this year’s second scrimmage on Saturday, December 8 at Pius X High School in Lincoln. Wahoo students competed against schools from around Eastern Nebraska in three academic areas: Economics, Music, and Science/Social Studies. When all was said and done, the Wahoo team walked away with seven medals! 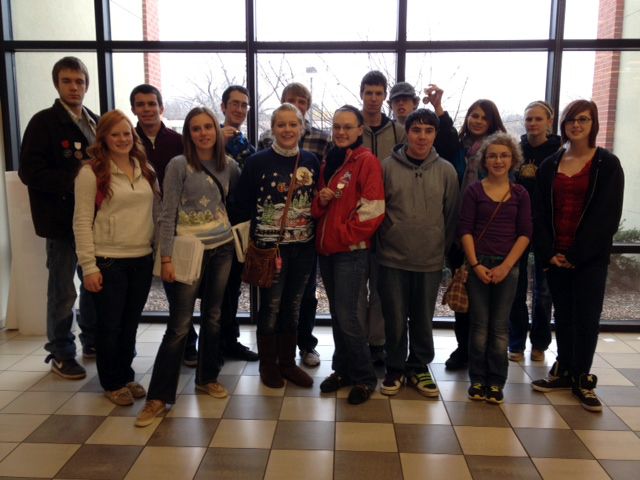 On the heel’s of Talbott’s top score, Wahoo’s 2nd and 3rd overall top scorers were Rachael Meyer (Honors) and Tyler Ruzicka (Honors). Both performed very well, and missed medaling by a small number of points.

"All the members of our team did very well. We were excited about having seven medalists, and several of our students had very competitive scores," commented WHS Academic Decathlon Co-Sponsor Andrea Mann.

Warrior AcaDeca now prepares for its regional competition, which will be held Saturday, January 19, 2013 at Midland University in Fremont. In this competition students will compete in all academic areas (Art, Economics, Language & Literature, Mathematics, Music, Science, and Social Studies).

In addition to competing to qualify for the State Finals, students also compete for scholarships, which are awarded to all first, second, and third place teams at each regional site.

WHS will send a team of six students (two from each division), and an alternate team to compete at regionals.

Winners of the regional competitions across the state will advance to the State Finals, scheduled for February 15-16 at Creighton University in Omaha. The State Champion will then compete in the April 25-27 National Finals in Minneapolis, MN.

WHS qualified for the State Finals last year, its first year with an AcaDeca team.

The United States Academic Decathlon (USAD) is a national scholastic competition dedicated to promoting and rewarding the academic achievement of students. For 2012-2013, Wahoo High School has added an Academic Decathlon class to its curriculum as an elective offering. The course is taught by WHS Language Arts Teacher Andrea Mann and WPS Media Director David Privett. Sixteen brave WHS students have signed on for the challenge!

2012-2013 WHS Academic Decathlon team attended a practice scrimmage on Saturday, Nov. 3, hosted by Northeast High School in Lincoln. Three members medaled individually, and many others improved their scores last year and scored in the top third! 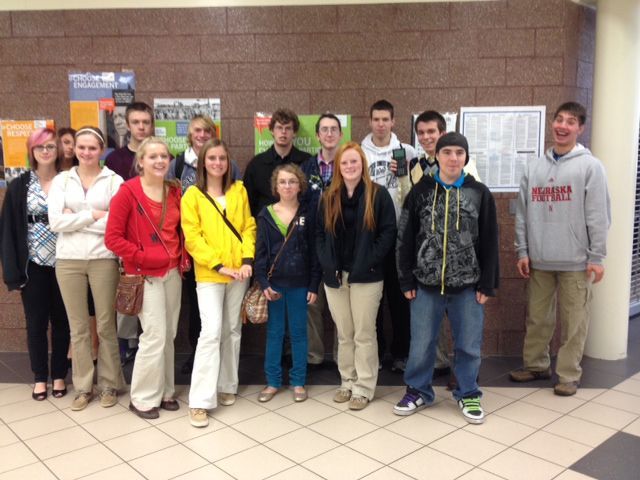 Launch the media gallery 3 player
2012-2013 WHS Academic Decathlon team attended a practice scrimmage on Saturday, Nov. 3, hosted by Northeast High School in Lincoln. Three members medaled individually, and many others improved their scores last year and scored in the top third!
Each year the USAD announces a broad topic of study. That topic of study is then spread over 10 academic areas (hence the name decathlon). Topics of study include Art, Economics, Language, Literature (including a novel study), Math, Music, Science and Social Studies. There are also essay, speech and interview events at the state and national competitions. The students study this curriculum throughout the year, in preparation for competition in the spring.

This year’s topic of study is “Russia” (that justifies the goofy first sentence of this article!). Students are studying all aspects of Russia, from its founding around 800 BC, to Imperial Russia and the Russian Revolution, to the world's introduction to communism with the formation of the U.S.S.R., to modern-day post-soviet Russia. The annual Academic Decathlon curriculum also includes a novel study. This year's assigned novel is Doctor Zhivago by Boris Pasternak.

In preparation for our big regional competition in January, held at Midland University, students have an opportunity to compete in two practice scrimmages each fall.

Our first scrimmage was held on Saturday, Nov. 3 at Northeast High School in Lincoln. This competition focused entirely on the Art, Language and Literature, and Mathematics sections of the curriculum.

Congratulations to Tyler Ruzicka, who was Wahoo's top scorer for the Lincoln Northeast scrimmage. Ruzicka also took home the 3rd place medal in Language and Literature for the Honors Division! 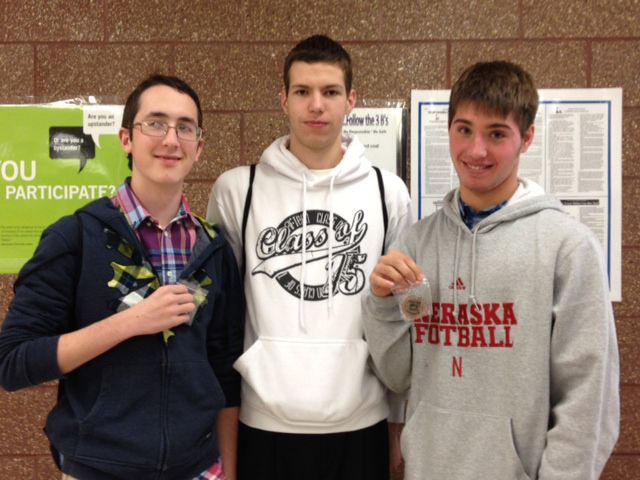 "Overall I was pleased with our performance on Saturday," commented Privett. "Most students have improved their scores over last year, and many were very close to bringing home medals. We had a lot of scores in the upper third of all competitors, and that's a success for a new team competing against a lot of schools with very well-established programs."

The WHS AcaDeca class will spend the next month focusing on the areas of Economics, Music, Science and Social Science sections. These will be the areas of focus at the next scrimmage, scheduled for Saturday, Dec. 8 at Pius X High School in Lincoln.