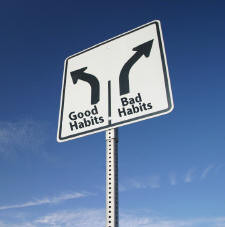 BUFFALO, N.Y. -- Increases in young women's drinking during the transition from high school through the first year of college can have dangerous physical, sexual and psychological implications, according to a report out of the University at Buffalo's Research Institute on Addictions.

The research results were published in the January 2008 issue of the prestigious Journal of Studies on Alcohol and Drugs.

"This is the first study that we know of that has compared risk for physical and sexual assault among college women based on changes in drinking during this transition period," said Kathleen A. Parks, Ph.D., principal investigator on the study. "Clearly, abstaining from drinking is a protective measure. However, young college women should be aware that becoming a new drinker or increasing one's drinking during this transition increases the likelihood of victimization."

The study showed that among women who drank alcohol during the first year of college, rates of physical and sexual victimization were substantially higher compared to women who did not drink. In addition, the odds of first-year college sexual victimization significantly increased with each pre-college psychological symptom (i.e., anxiety, depression) and each pre-college sexual partner a woman reported.

Interestingly, researchers found that the changes in drinking patterns during the high-school-to-college transition influenced risk for physical and sexual victimization in different ways.

Being a new drinker during the first year of college (15 percent of the women) increased the likelihood of physical, but not sexual, victimization. The researchers speculated that new drinkers' social and physical inexperience or lack of tolerance for alcohol and its effects may increase women's impairment when drinking and subsequently, their vulnerability to potential perpetrators or dangerous situations. Perhaps, the physically disinhibiting effects of alcohol for new drinkers may cause them to be more reactive, possibly verbally aggressive, or more likely to call attention to themselves, thereby putting themselves at risk for physical aggression in social drinking situations.

Continuing drinkers were defined as those who drank the year prior to college and during the first year of college. Of these women, more than half (57 percent) increased their drinking during the first year at college. They drank considerably more than new drinkers on multiple measures of alcohol consumption, including heavy episodic drinking -- four or more drinks per occasion -- and were at greater risk for sexual victimization.

These findings suggest that a later onset of drinking may be protective against patterns of heavy episodic drinking and some of the associated negative consequences.

Women who increased their drinking experienced nearly five negative alcohol-related problems during the first year at college. Those problems included a variety of consequences such as inability to do homework or study for a test, passing out or fainting suddenly, engaging in consensual sexual activity that was regretted afterward, physical assault, sexual assault, theft or robbery.

Parks encourages development of prevention programs that emphasize the risks of drinking and heavy drinking in social situations for women. Women with a history of drinking before entering college are at greatest risk for escalating their drinking and experiencing more negative consequences and sexual assault.

The study was funded by a $1.8 million grant from the National Institute on Alcohol Abuse and Alcoholism.

The Research Institute on Addictions has been a national leader in the study of addictions since 1970 and a research center of the University at Buffalo since 1999.