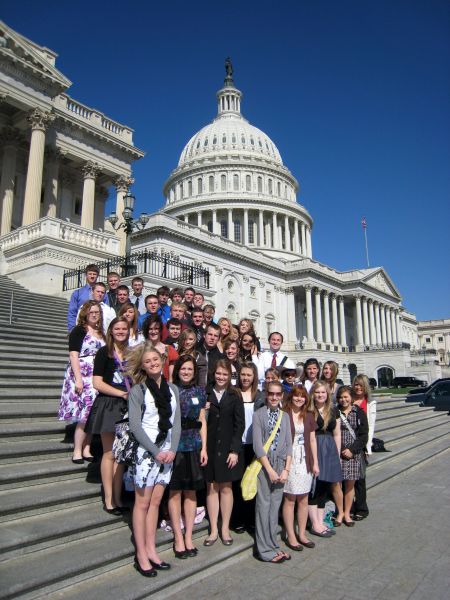 Daily Highlights of This Year's Tour of Washington, D.C.

Our flight from Kansas City was on time and very smooth. We landed in D.C. at 9:30 a.m. It is absolutely beautiful out here! High of 75 degrees today. Our first stop was at Fort McHenry in Baltimore: the birthplace of the Star Spangled Banner. We then traveled south to Annapolis and went on a tour of the United States Naval Academy. We hopped on our bus and then checked in to the hotel in D.C. Dinner at the Fashion Centre at Pentagon City. 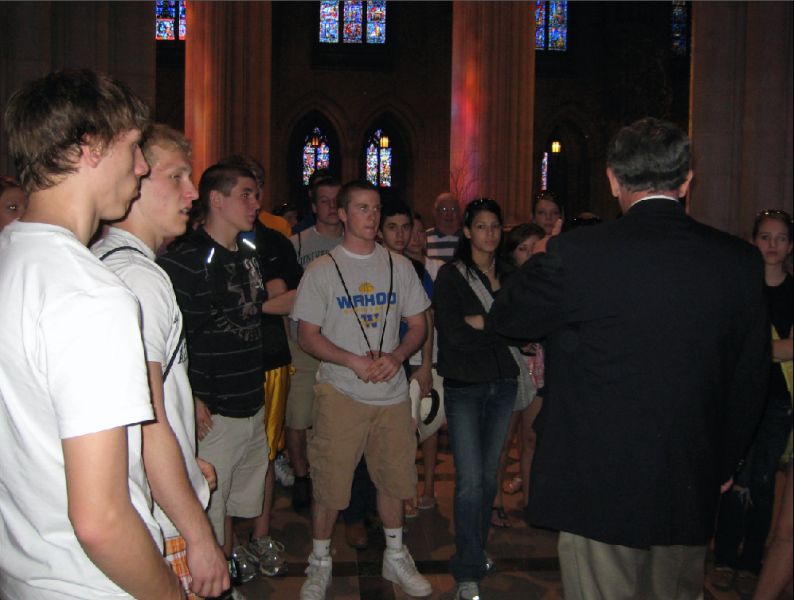 Very busy day today. We got up early and transferred our luggage to the new hotel, then it was off to Arlington National Cemetery, where we saw the changing of the guard at the Tomb of the Unknown Soldier, John F. Kennedy's gravesite, and the home of Confederate General Robert E. Lee.

We then took the Metro over to the Washington Monument, where students got a great view of the capitol city from the top of the monument. Students then had the humbling experience of visiting the United States Holocaust Memorial Museum. We had lunch at the Natural History Museum and then toured the American History Museum.

It was a crazy day on Capitol Hill with both a huge immigration rally and protests for the health care bill. What a day for us to be out on Capitol Hill. It was quite exciting! Students checked in with the Close Up program tonight and will begin full time on the program tomorrow. Check back throughout the week for updates!

The weather has turned in D.C. from sunny and 75 to cool and rainy. Students began the Close Up program full time today. Much of their time was spent on the National Mall. We began the day with study visits at both the Jefferson Memorial on the tidal basin and the Franklin Delano Roosevelt Memorial. Students then visited the National Air and Space Museum for lunch and participated in a Washington D.C. neighborhood study visit in the afternoon. This evening we participated in a domestic issues workshop, where students had the opportunity to discuss important issues facing our country with other students from a number of different states. 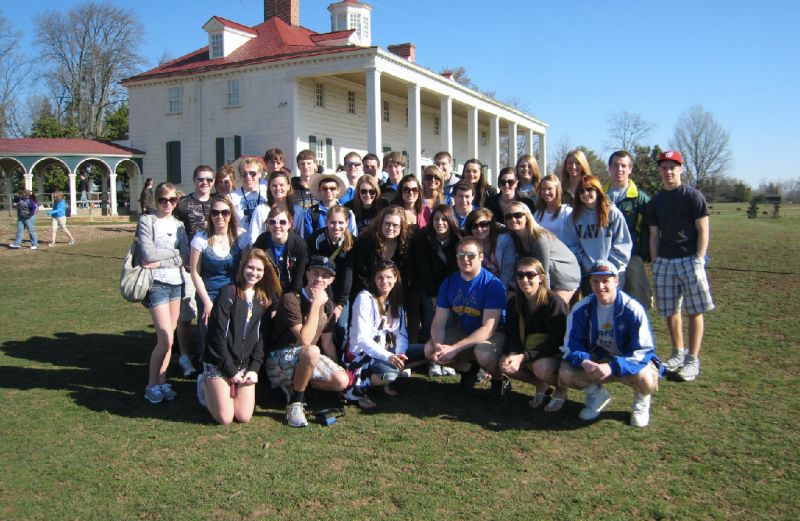 This morning at 7:30 a.m. central time, students participated in a live broadcast interview on C-Span from the National Archives with Secretary of Education Arne Duncan.

Students began the day early with breakfast at 6:00 a.m., and then headed off to the National Archives for the live C-Span broadcast with Secretary of Education Arne Duncan. Some of our students had the opportunity to even ask him some questions. What an opportunity! See the above link to watch the program.

After the C-Span broadcast, students headed back down to the National Mall and visited the WWII Memorial, the Vietnam Veterans' Memorial, and the Lincoln Memorial. Tonight students participated in a mock Congress in which they learned the process of making, debating, and passing legislation.

Tomorrow is Capitol Hill Day, where students will have the chance to meet with our congressional representatives from Nebraska. It was another busy day, but a great one. The sun is supposed to reappear tomorrow with a high near 70. Check back tomorrow for new photos from Capitol Hill!

Today was Capitol Hill day. We started the day off with a tour of the U.S. Capitol building at 9:00 a.m. Students were able to tour the building and then visit the Senate gallery, where we got to see none other then the distinguished senator from Arizona, John McCain, arguing against the health care bill. It was pretty neat to see him in person and he gave a pretty impassioned argument against the country's growing deficit and debt.

We then met with Congressman Jeff Fortenberry on the steps of the capitol, where he answered students' questions and took photos. We also met with Senator Mike Johanns for a similar experience.

That evening we attended the play "Shear Madness" at the Kennedy Center. It was definitely a hit with students. Tomorrow we will head to the National Archives.

We began the day with a tour of the National Archives, where students were able to view The Charters of Freedom, including: The Declaration of Independence, The Constitution, and The Bill of Rights. It was a pretty amazing experience.

Students then had independent study time. Many chose to explore the neighborhoods of Chinatown and Georgetown during this time. Tonight students had their final workshop on how to take this experience back home and put it into action. At the end of the night we had a final banquet and a dance.

Tomorrow we will visit the Natural History Museum and then hop on a flight out of Baltimore to head home. It has been an absolutely amazing week! This has definitely been a once in a lifetime trip for everyone out here.