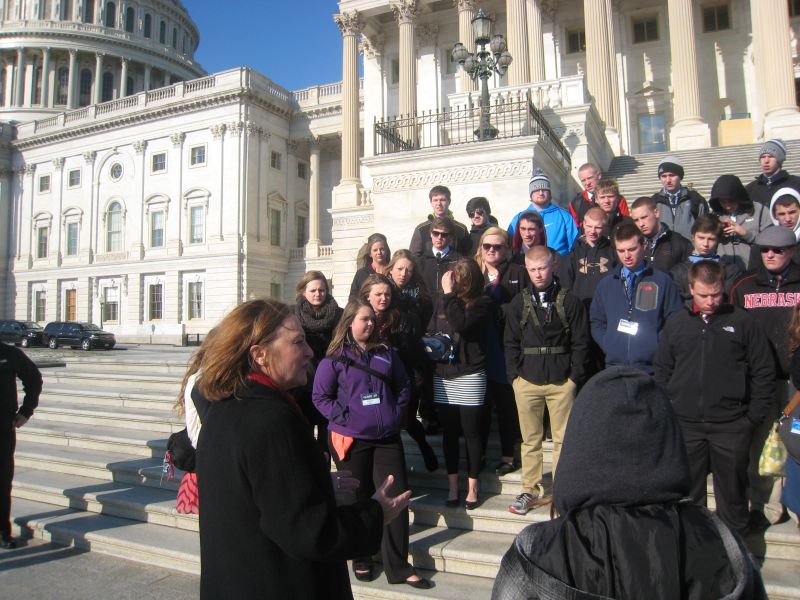 Our long-awaited trip to D.C. is finally here!

We left the school at 4:00 a.m., and shortly thereafter departed for Chicago at Eppley Airfield. After a smooth flight to Chicago and a short layover, we had another comfortable flight to D.C.

Our first stop of the trip was at the stunningly beautiful National Cathedral. During the guided tour, students explored the gothic style cathedral where Martin Luther King, Jr. once preached, and where presidents' funerals have been held. The cathedral is also the burial place of President Woodrow Wilson and Helen Keller.

After checking into our hotel, we grabbed dinner at the Pentagon City Fashion Centre Mall, and then headed to bed. I think we were all ready! Should be in the 70's tomorrow for our outdoor activities! 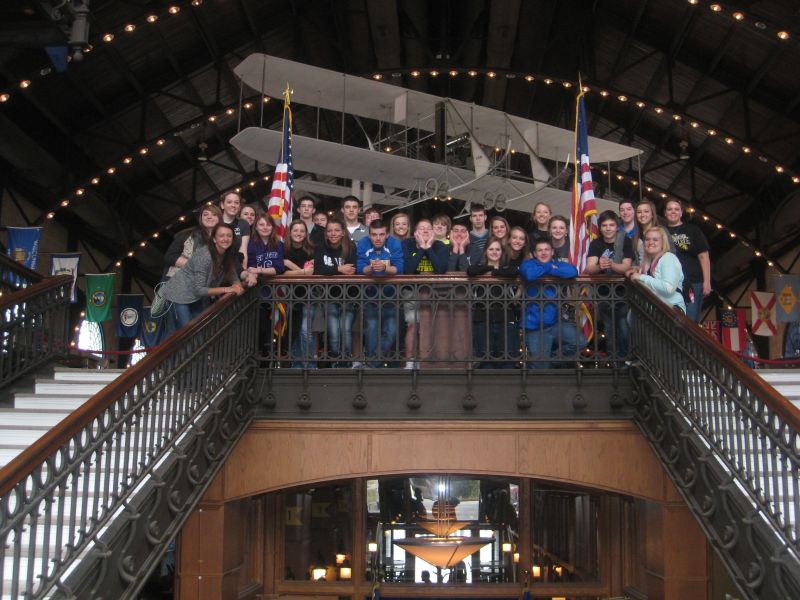 Bright and early we got up and headed to our first stop of the day: Mount Vernon, the home of George Washington.

It was a little chilly this morning. Here, students traveled around the grounds of Mount Vernon and had the opportunity to tour Washington’s home. They also got to see his tomb, as well as some of the agricultural products that would have been produced on the Mount Vernon plantation. This was a very cool experience!

After lunch and a warm up in the temperature, we headed north to Annapolis, MD to visit the United States Naval Academy. For many students, this has been their favorite place so far on the trip. We had a fantastic tour of the campus, learning about the history and functions of the academy.

After a pizza party at the hotel we spent the evening in Georgetown. Lights out for a busy day tomorrow!

For our first adventure of the day we hopped on the Metro two stops south and got off at Arlington National Cemetery. A brisk morning for a beautiful walk in this serene place. Our first stop in the cemetery was at the Tomb of the Unknown Soldier and the somber Changing of the Guard ceremony. What an incredible experience. We then walked over to see the eternal flame marking JFK’s grave and saw the graves of two of his brothers, Bobby and Ted. 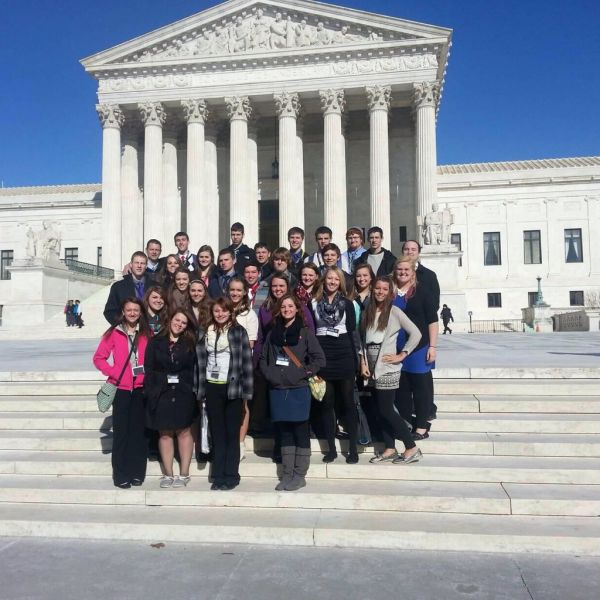 
After a steep hike to the top of Arlington, students were treated to probably the best view of DC!

After a quick Metro ride, our next stop was the United States Memorial Holocaust Museum. The museum, as always, was a powerful and moving display and memorial of the greatest tragedy in the 20th Century. Many students expressed that this would be something they would remember for a long time.

Sunday night, students checked into the Close Up program for a welcome banquet and an opening domestic issues workshop, where a liberal and conservative debated the key topics of today. Good way to start program! Tomorrow it’s on to studying the key memorials in D.C.

Today was the first full day of program. After a good breakfast, students were off in the morning to visit the Jefferson, FDR, and Martin Luther King, Jr. Memorials. After eating lunch at the Smithsonian, students spent the afternoon visiting various embassies on the famous “Embassy Row” in downtown D.C., as well as visit the Marine Corps (Iwo Jima) Memorial.

This evening students participated in fascinating workshops focusing on National Security Agency (NSA) surveillance, Immigration, Engaging Iran, and the War on Drugs. Busy day today and another one on tap tomorrow. Unfortunately, it sounds like the weather may turn for the worse with a chance of snow and highs in the 30's, but we’ll make the best of it!

And the snow is here! It was a cold, blustery, snowy day, but a very productive one. In the morning students braved the elements and it paid off as they explored the WWII, Korean, Vietnam, and Lincoln Memorials. The best in D.C.! After lunch, students took part in a walking workshop on Capitol Hill and had a White House study visit. This evening, students participated in a congressional simulation to prep for Capitol Hill Day tomorrow.

Well, the snow has stopped but the chilly temps have remained. It barely made it above freezing for most of the day. Despite that, we still had an awesome Capitol Hill Day!

We began the morning meeting with Senator Deb Fischer. She spent a good deal of time meeting with the students, and our kids did a fantastic job asking questions ranging from the Keystone Pipeline to the 2nd Amendment. It was a great discussion.

We headed across the street and spent the rest of the morning in the Library of Congress to see Thomas Jefferson’s amazing collection of books. Following the library we headed over to the capitol building for a tour and then met with Congressman Jeff Fortenberry and Senator Mike Johanns.

This evening students had the pleasure of attending “Camp David,” a play at the Arena Stage Theatre in D.C. Looks like warmer temps tomorrow hopefully for our White House tour!

For our final full day in D.C. we started off the morning with a White House tour. Students had the opportunity to see many of the historic rooms in the White House. Unfortunately we didn't get to meet the President!

Afterwards some students chose to go to the National Archives to see the Declaration of Independence, the Constitution, and the Bill of Rights. Many others chose to explore historic Georgetown or revisit the Smithsonian. We ended the night with a final banquet and farewell dance.

Overall, an awesome trip and one we'll remember forever!