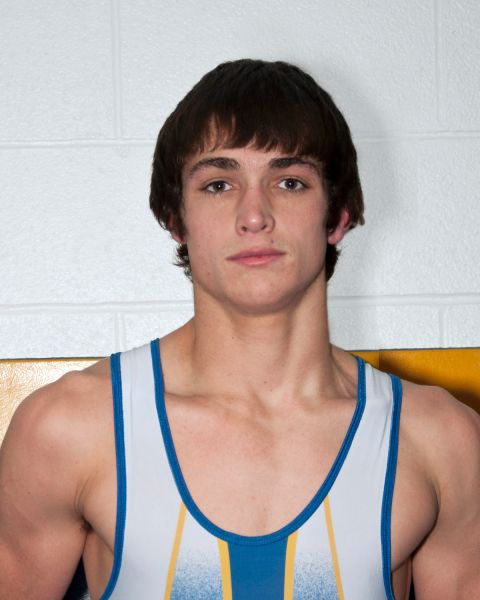 On Friday February 10, and Saturday February 11 the Wahoo Warrior Wrestling team competed in the Class B-2 District championships in Blair.

Of the 12 teams, Wahoo placed 9th and qualified senior Cameron Golter at the 160 lbs. weight class for the 2012 Nebraska State Wrestling Championships!

Golter started his tournament defeating Bennington’s Jordan Hames by pin fall in a time of 3:19. Golter’s second match came against Jacob Carlson from Elkhorn in which Golter won by decision 6-0. Golter was defeated in the semifinals against Gretna’s Brady Radik by decision 6-4.

Sophomore Seth Lindgren wrestled at weight class 220 lbs. for the Warriors this weekend. Lindgren’s first round match was a loss to Omaha Skutt Catholic’s Alex Howard by pin fall in a time of 1:53. In his second match, Lindgren was defeated by Wayne’s Dylan Pflanz by major decision 12-3.

Golter will be wrestling on Thursday at the Nebraska State Wrestling Tournament at the Century Link Center in Omaha starting at 9:30 a.m.