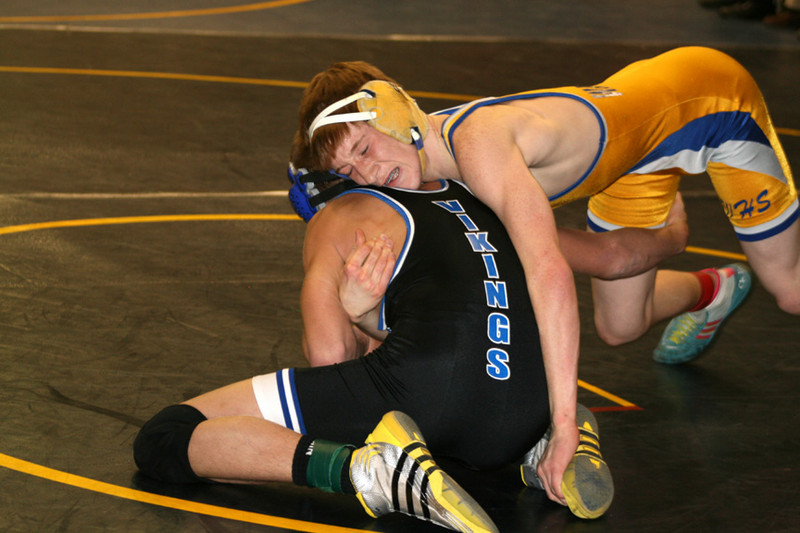 On Tuesday night the Warrior wrestling team played host to the Bishop Neumann Cavaliers in what would prove to be a very short dual. The Warriors, down in numbers, just didn’t have the men to compete with the Cavaliers, losing by a final score of 29-54. The score did not tell the whole story as the Warriors brought home four of the five matches wrestled by either technical fall or by pin.

Sophomore Corey Davis of Wahoo Public started the night off with an impressive 20-4 tech fall over Andre Mytty of Bishop Neumann, giving his team a much-needed boost. Keeping the Warriors rolling was Freshman Joel Gensler, who pinned Jake Bruner of Neumann 1:50 into the first period before Sophomore Matt Hornung followed suit with his own first period pin of Jesse Sladky in 1:53. Leading the dual 17-12, the Warriors had to concede the next five weight classes before their next match at 215 giving Bishop Neumann a 42-17 lead. Alex Brant of Neumann earned the Cavaliers their only win of the dual with a 41-second pin of Freshman Colter Mattson. After trading forfeits at 285 and 103 pounds, the dual ended with the 112-pound match between Josh Ott of Bishop Neumann and Kyle Kern of Wahoo Public, where Kern earned a second period pin leaving a final score of 54-29.

“I thought our guys went out and competed hard,” said WHS Head Coach Darold Foster. “It’s nice to see the kids come out and fight even when they know you can’t win the dual.”

The Warrior Wrestling team will see its next action in the B-2 district wrestling tournament on February 7 and 8. 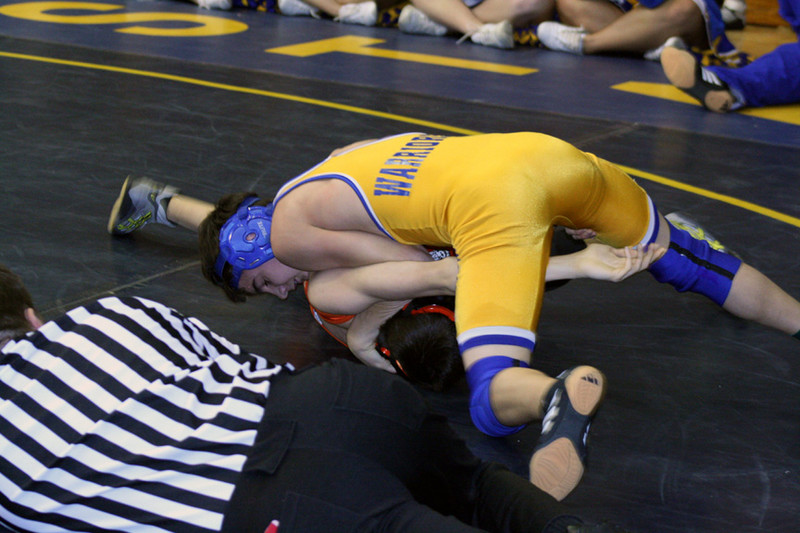 The Warrior wrestling team only had three wrestlers compete in the Raymond Central Invitational this weekend and finished with three medals. The Warriors were led by freshman Joel Gensler who battled his way into the finals defeating Luke Davidson of Waverly 6-2 in the semi finals before losing his finals match to Darian Haynes of Auburn. Joel finished with a 2-1 record on the day to earn second in the 135-pound weight class. Junior Kyle Kern finished 3rd with an 18-4 major decision, avenging a loss earlier in the tournament to Bryce Hayes of Fall City, giving him a 2-1 final record in the tournament. Finishing up for the Warriors was Sophomore Cory Davis, who won his final match of the day over Chris Wiles of Ashland-Greenwood to earn a 5th place finish.

“Our wrestlers performed well in a very tough tournament,” said Coach Darold Foster. “We are young and thin in numbers this year, so seeing these young men come into this tournament and have success is very encouraging.” 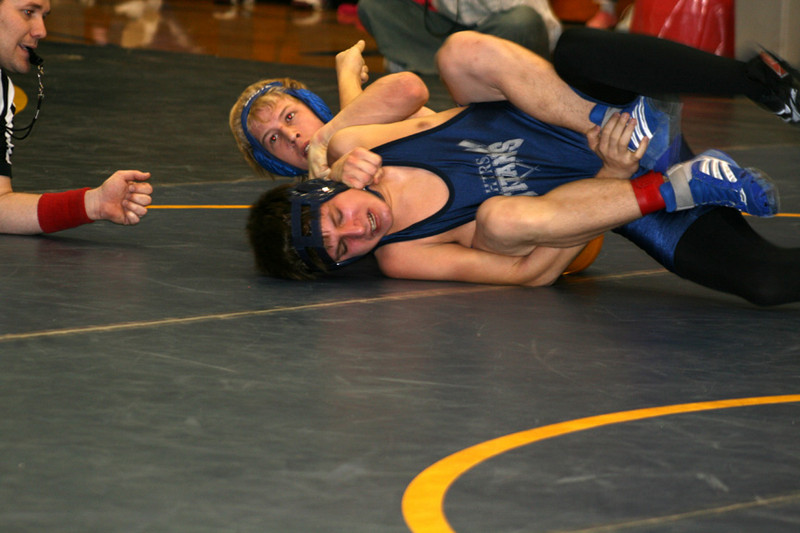 Wahoo-Cedar Bluffs had strong showings from captains Klint Spangler and Matt Hornung, who both earned two victories in the Warriors' duals with Bennington and Blair on Thursday. Unfortunately our inability to fill the weight classes makes it hard for us to compete in duals. Luckily we are a young team and look to make some big improvements in the future.

285- Kenny O’Callaghan had an Open

103- Aunbrea Zeleny had an Open

119- Sam Bloomfield had an Open

135- Brandon Stamper had an Open

The Warrior wrestling team took a short trip to Yutan Tuesday evening to face the Yutan chieftains in a dual between two very young teams. The Warriors, led by sophomore captain Matt Hornung at 140 pounds, took an early lead and was able to hold on for a 58-12 Wahoo-Cedar Bluffs victory.

“This was a good dual for us. We were able to get a lot of young guys some matches and they performed well," said Coach Darold Foster.

The warriors won 5 of the 6 matches wrestled, recording victories by Hornung, who defeated Josh Cernin of Yutan 16-5 major decision at 140 lbs., while Josh Wood at 145, Sean Smith at 171, Dammon Dibbern at 215 lbs, and Randy Else at 119 lbs all recorded Pins in their matches. The lone loss for the warriors came at 285 lbs. where Chris Barnard of Yutan Pinned Zach Roumph of Wahoo-Cedar Bluffs in the second period.

“I thought the guys wrestled well tonight,” said coach Foster. “They came out aggressive and it showed. Even in the match we lost we were ahead 5-0 before Zach got caught.”

The Warrior wrestlers will have a big test this weekend with the Nebraska Dual Team Championships in Columbus on Friday and Saturday. In the dual championships the warriors will face some of the toughest completions in the state, including the defending Class A state champs, Millard South.