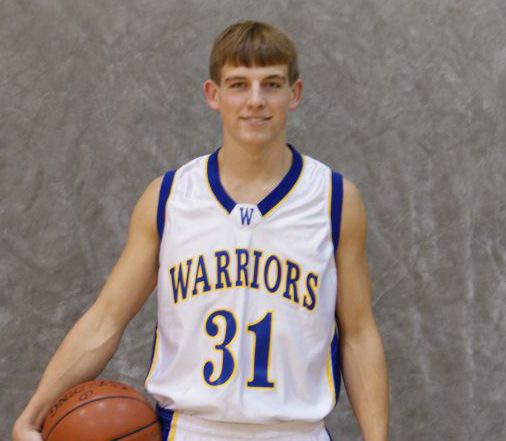 Congratulations to WHS Senior Jake Barry for being named the Runza/KPTM Fox 42 Athlete of the Week!

Barry was featured on Wednesday (March 31) night's Channel 42 news broadcast (posted below). The honor stems from Barry's proven abilities and work ethic in both athletics and academics. Barry is ranked #1 in his senior class, has a 4.0 grade point average, and is a member of the National Honor Society.

"He [Jake] only knows one way to do things, and that's all out!" commented WHS Basketball Coach Kevin Scheef. "On the basketball floor, he plays the game as hard as any kid I've ever had."

Barry plans to attend either the University of Nebraska at Lincoln or Wayne State College. He is undecided as to his area of study, but is leaning toward a possible career in bio-medical engineering.

In addition to being featured on television, Barry was presented with a plaque and a $500 scholarship. Jake is the son of Michael and Deb Barry of Wahoo.

Congratulations Jake on this impressive honor!