The weather was a bit chilly, but we persevered and had a successful trip.

Both Mary and the OCC team qualified for National SkillsUSA this summer in Louisville, Kentucky.

The Team Engineering Challenge students (Michael Robinson, Garritt Kavan, and Joe Herrera) from the middle school came home with a bronze medal after a very close competition in which a small margin separated first and third place.

Everyone did a great job, and despite the awful weather, we got home safe and on time! 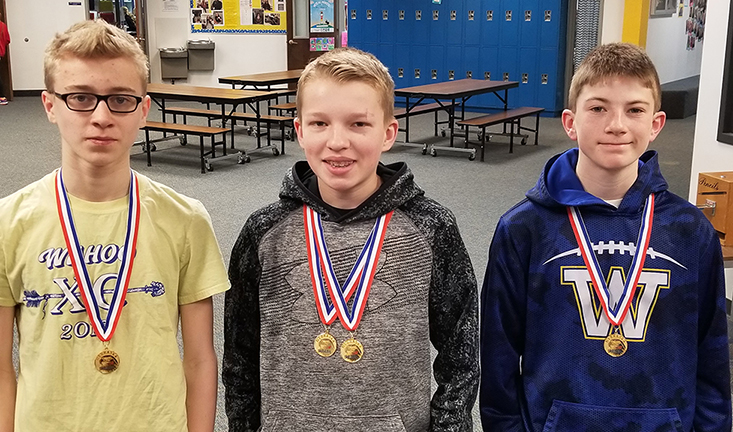