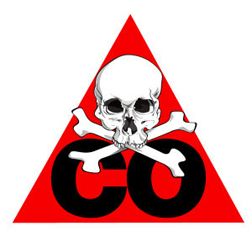 Michael wasn’t exactly sure why he felt so bad. He thought he had the flu or food poisoning. He was nauseated, vomiting, dizzy and tired. His head was pounding. He called the Nebraska Regional Poison Center and was diagnosed with carbon monoxide (CO) poisoning at his local hospital. Michael is one of the lucky ones. Every year more than 400 Americans die from unintentional CO poisoning and 20,000 are seen in emergency rooms, while another 4,000 are hospitalized.

Carbon monoxide is a gas produced when fuels burn incompletely. It has no color, taste or smell. The major causes of carbon monoxide poisoning include:
• Using heating equipment that is in poor repair
• Lack of ventilation in a car
• Using a charcoal grill indoors
• Using unvented space heaters

The Poison Center offers the following suggestions to help prevent carbon monoxide poisoning:
• Inspect all fuel-burning equipment yearly.
• Vent fuel-burning heaters to the outside.
• Do not use a gas range or an oven for heating a room.
• Never use a charcoal grill or hibachi inside.
• Install carbon monoxide alarms on every level of your home.
• Never leave a car running in an attached garage, even with the garage door open.
• Have the vehicle muffler and tailpipes checked regularly.

The carbon monoxide death rate is highest among people greater than 65 years of age. Symptoms of carbon monoxide poisoning resemble those associated with other health conditions that are common among the elderly, especially in the winter.