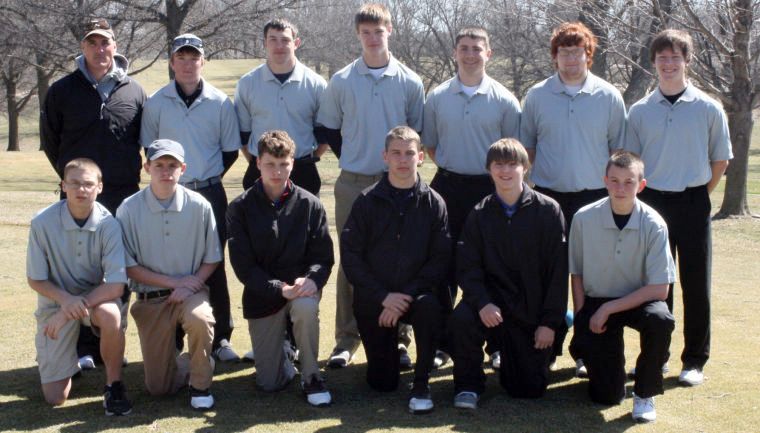 Warrior Golf Team Off to Strong Start in 2013

Wahoo/Raymond Central Advance to 3-0 in Duals

It took a while for the snow to melt, but once it did the Warrior golfers didn’t take long to capitalize on the improved weather conditions.

Wahoo Public and Raymond Central have joined forces, and once again have Wahoo in the hunt for tournament titles.

Wahoo began its season at Tiburon Golf Club in Omaha for the Gretna Invite.

Newcomer Ben Lodema fired an 85 in his first competitive round, helping the Warriors to a 5th place finish in a very competitive field of teams.

Lodema continued his strong play at the Ashland Triangular, firing a 40 at Ashland CC, and winning the individual medalist honors. Veteran Brent Tenopir shot a 41 to help Wahoo defeat Ashland and Fort Calhoun by 30 strokes.

Raymond Central’s Zach Settje turned in a strong performance at the DC West Invite, played at the Pines CC in Valley. Settje’s 10th place 88 helped the Warriors to a 4th place finish. Brent Tenopir added to Wahoo’s team score by shooting a 91, which was good for a 12th place finish.

Lodema once again won medalist honors; this time at Wahoo’s home course firing a 41, and helping Wahoo to defeat Waverly and move to 3-0 in duals on the season.

Sophomore Derek Bell rounded out the early season tournament play with a career best 81 at the Bob Simpson Classic, played at Ashland CC. Bell’s 14th place finish helped Wahoo to a season-low score of 351, which was only good enough for a 9th place finish in what turned out to be the most competitive field of teams Wahoo has faced in recent years.

Wahoo will continue play next Monday when they make the trip to Valley to face the D.C. West Falcons on their home course.

Warrior Golf Team Off to Strong Start in 2013