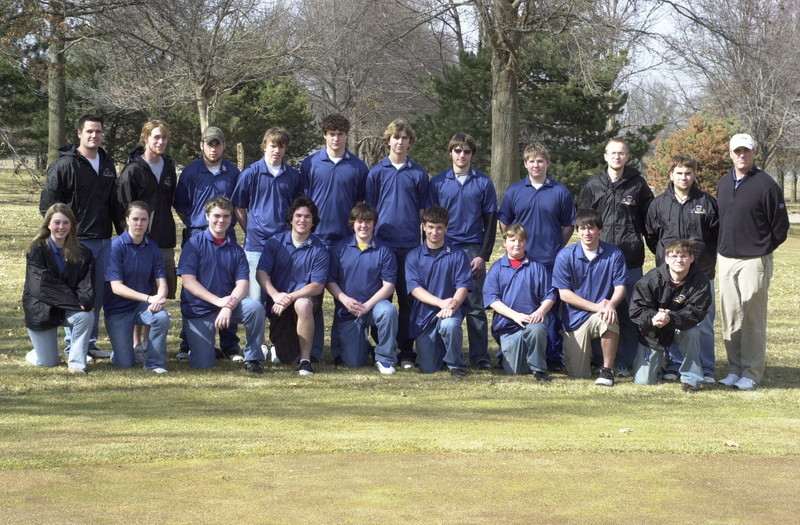 Ashland 4/14/08- On a beautiful day for golf the Wahoo boys golf team competed in the Bob Simpson Classic played at the Ashland CC. Taylor Murren continues to show improvement firing a personal best 77 to take home 3rd place. After a rough start to the season Murren has found his groove and is quickly returning to the form that landed him a birth in last year’s state tournament as a sophomore.

Senior Austin Watton placed 13th firing an 81, a season best for him. Dan Simon shot a personal best 87 making it two consecutive invites where he has bested his most competitive rounds. Jeff Borreson rounded out the scoring for the Warriors with a score of 87 to help the team to a fourth place finish and a team total of 332.

Wahoo continues its competitive play on Wednesday and Thursday with trips to David City for an invite and Elkhorn for a duel against Mt. Michael.