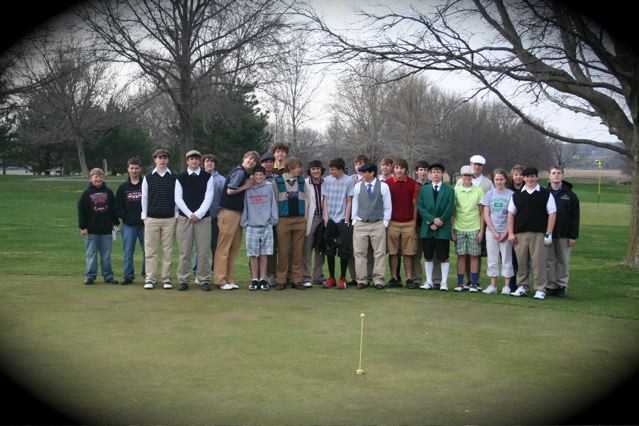 Warriors Defeat Cavaliers in Duel for the Ages

Wahoo--On a cool and windy Monday afternoon, Hilltop Country Club’s golf course was transformed into a scene taken right out of the movie “Bagger Vance.”

Wahoo Public and Bishop Neumann squared off in an unofficial duel featuring golfers outfitted in clothing styles ranging from the turn of the century to the psychedelic 1970’s. 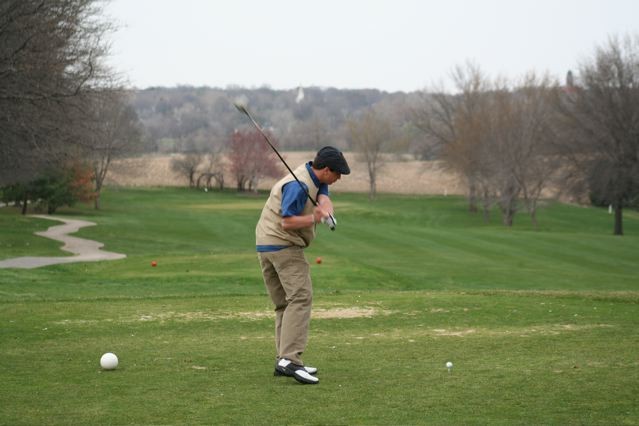 All of the golfers from both programs participated in the event. It was a great opportunity to get both schools together for a fun event. It also provided the younger players a chance to compete and have a lot of fun doing so.

The Warrior Varsity team won the duel with a score of 181 to Neumann’s 196.

“Neither team played extremely well, but when the guy you’re playing with is dressed in plaid, or wearing a pair of pants a bit to small for him, it’s hard to play with a lot of focus,” Coach Jayson Iversen commented. 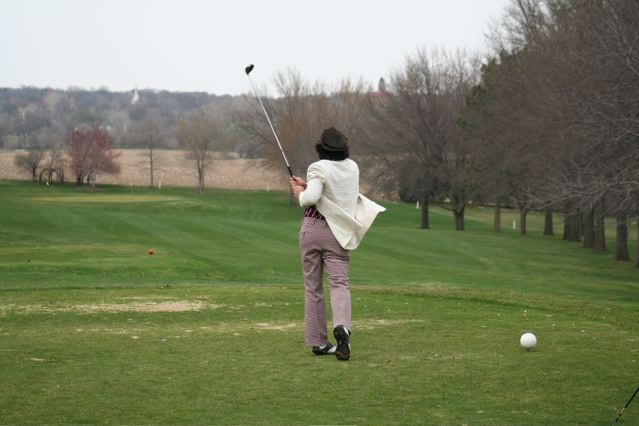 One golfer, however, managed to play well considering the light-hearted circumstances. Jeff Borreson fired a duel best 41, which was highlighted by his 340 yard drive on the slight dogleg left number 4. Borreson’s drive found the green, settling in just 12 feet from the pin. Borreson went on to birdie the hole.

Other notable scorers for Wahoo were:

Warriors Defeat Cavaliers in Duel for the Ages