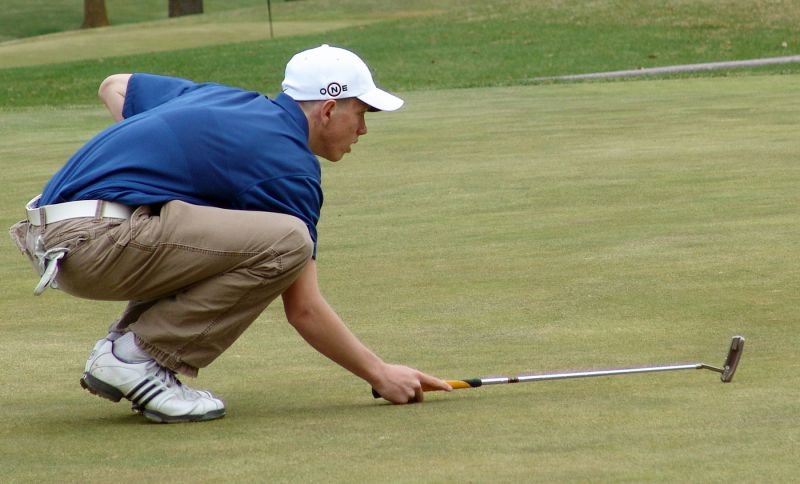 Valley, NE – On Friday, May 8, the Wahoo golf team competed in the Capital Conference Invite at the Pine Golf Club in Valley. With DC West playing on their home course and a talented Syracuse squad, Coach Jayson Iversen hoped for his team to give forth a great effort and finish in the top 3.

After the front 9, the Warriors were sitting in great position to vie for a championship, trailing by just a few strokes to DC West and Syracuse. Unfortunately inexperience and a strong north wind caught up with the team and good scores became difficult to muster.

Wahoo ended the meet with solid scores, but not good enough to claim a championship.
One player who managed to put together a solid round of golf was Senior Taylor Murren. With 2 holes to play Murren had a comfortable 3-stroke lead. On the par 4 17th, Murren parred while Syracuse’s Tim Jenson birdied to move within striking distance. On the 18th Murren chose to play it safe using a hybrid off the Tee; Murren’s drive went left out of bounds and Murren had to settle for double-bogey and a tie with Jenson, who went on to par the hole.

Murren and Jenson battled it out in a playoff that took 6 holes in which neither golfer could capitalize on each other's mistakes. Jenson took the crown after Murren missed an 8-foot par putt that stopped on the rim of the hole. It was a great day for Murren who prepares himself for a chance at a third trip to State.