For most, the sound of grinding metal and noisy gears is not always music to the ears, but for members of the Robotics Club, it’s a definite sign of progress! Those beautiful sounds are clear proof that a robotics team has successful built their bot (robot) and brought it to life!

This year Wahoo Public Schools has joined forces with an existing robotics club, which was formed a few years ago by Saunders County Catholic Schools.

The newly expanded Calvary/Wahoo Robotics Club has been meeting since mid-July in the old JEO building.

Robotics club teams work together to build and program robots to compete in annual competitions. Those competitions are yearly games which are created by VEX Robotics, headquartered in Greenville, Texas.

Students who joined Wahoo’s newly cooped robotics club began to design and build with a robotics starter kit, which is the 21st Century equivalent of a set of Legos. Students have spent the first few months building their bots, and are now working to program them to perform the required tasks needed to win this year’s VEX game competition.

Many of the teams that were in the club last year have already built their bots from scratch, and are now working on coding more extensive computer programs to run their bots.

“It is amazing to watch these junior high and high school students,” commented WHS Teacher Barb Shanahan, one of the club’s sponsors.

The main focus of Robotics is on STEM (Science, Technology, Engineering, and Mathematics) skills; however, the program also helps students enhance other skills as well, such as note taking (students record all information in an engineering logbook) and teamwork, both integral parts of the bot creation process.

Each team is assigned a parent, who serves as that team’s coach.

“Believe me when I say, we have some really smart parents!” Shanahan exclaimed. “Their knowledge and assistance have been a great asset to each team. We can’t thank them enough for their dedication, time and patience!”

The VEX Robotics Competition Game for 2020-2021 is “Change Up,” an intense game played on a 12-foot by 12-foot field, where students’ bots must be programmed to pick up 6.3” red or blue balls, raise them up, and drop them into one of nine cylinders (i.e. goals) spread out across the field. Robots can also ruin the day for competing teams by being programmed to knock out their balls from the goals.

Here’s a YouTube preview of this year’s “Change Up” game:

Competitions this year will consist of both virtual and on-site formats. The high school team is looking at possible competitions in South Dakota in October, and at Brownell Talbot College Preparatory School in Omaha in November, where teams from multiple states will compete.

WPS extends a heart-felt thank you to the Wahoo Public Schools Foundation, which has generously donated $10,000 to help make this new club a reality for our students. As always, the District appreciates their support! 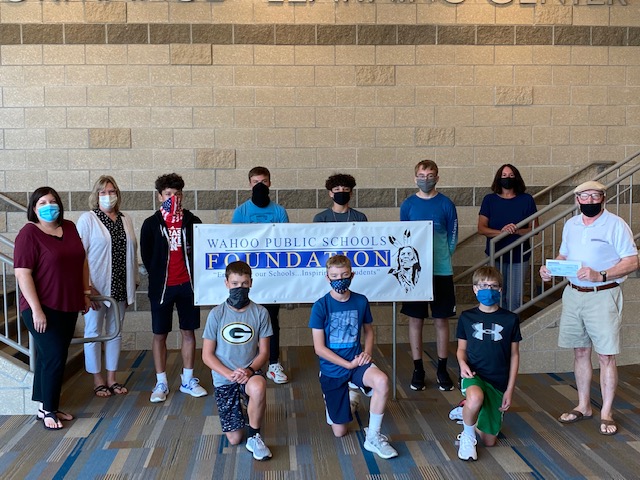 Good luck to all of the Calvary/Wahoo Robotics Club teams, as they continue to create the beautiful sounds of robot life, enhance their engineering and computer programming skills, and prepare for their upcoming competitions! 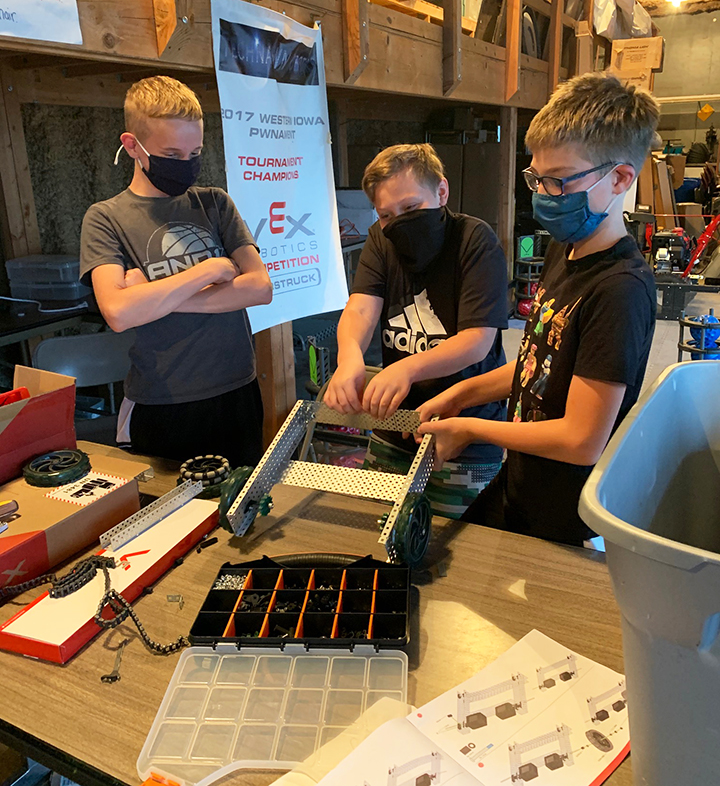 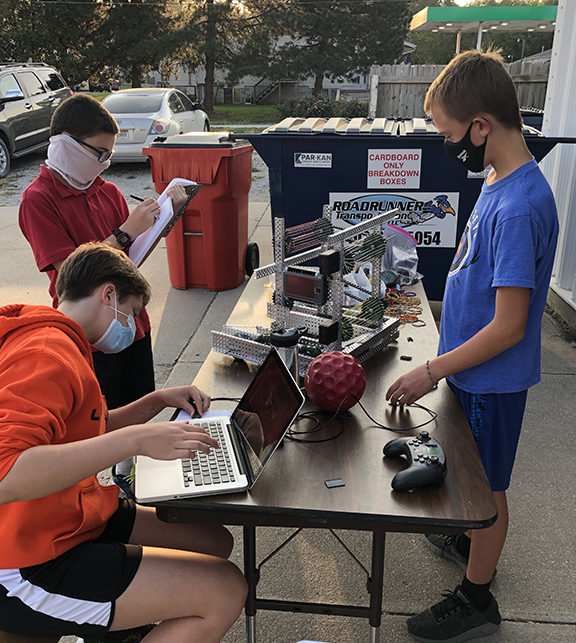 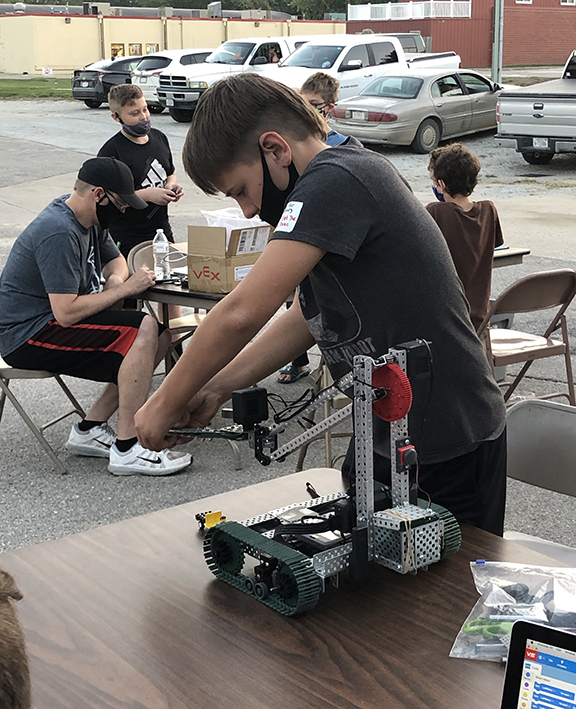 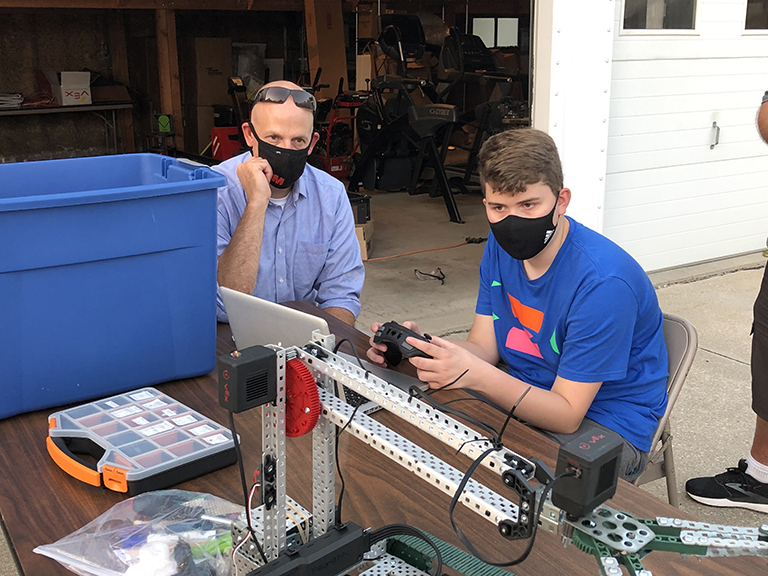 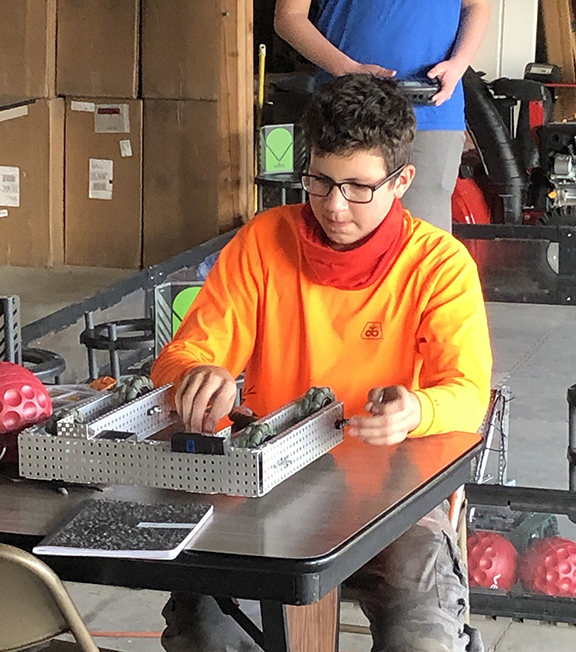 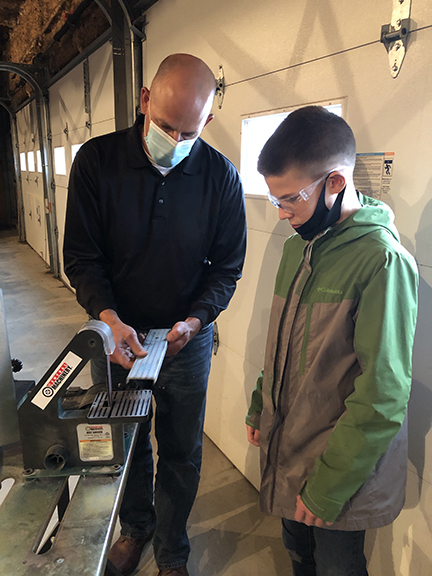