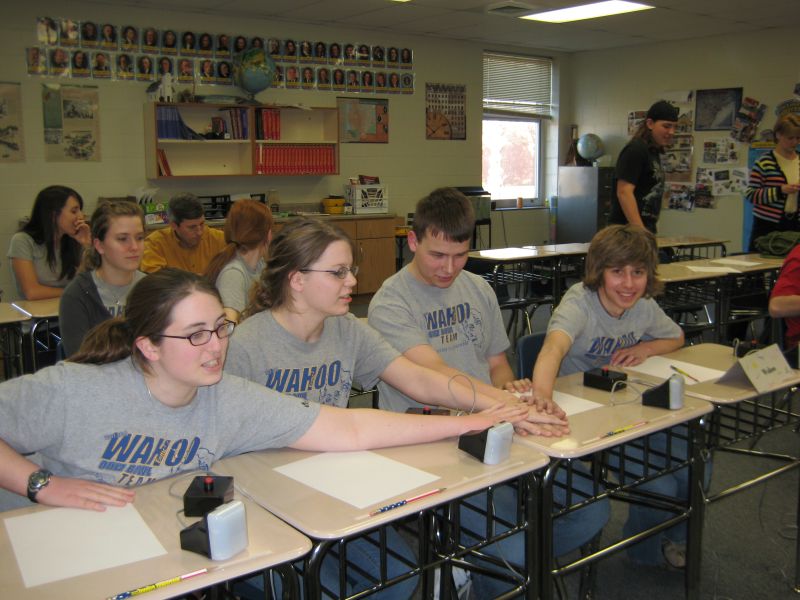 Next up was Bennington, who prevailed against Wahoo 230 to 210. Dropping to the loser’s bracket, Wahoo took on D.C. West, winning 225 to 200. Back in winning form, they met up with Syracuse and won 265 to 235 to earn a repeat match against Bennington.

This time Wahoo came out on top by a score of 235 to 225. Bennington ended the tournament in third place and Wahoo moved on to meet Arlington in the championship match. It would take two wins against Arlington to give Wahoo first place for the night and they kept their hopes alive by defeating Arlington 295 to 240 in the first match. The second match, however, ended in Arlington’s favor, 365 to 165 and Wahoo came home with 2nd place.

The team will be hosting the ESU2 South Quiz Bowl, Thursday March 26 at 7:00 p.m. The winner of this meet will represent ESU2 at the ESU State Quiz Bowl in Holdrege on April 29.