Districts
The District B-3 Baseball Tournament was played May 8-11 at Elkhorn South High School. The #4-seeded Warriors defeated #5 Wayne in Game 1 on May 8, but suffered a season-ending loss to #1 Elkhorn South on May 9. Warriors finish the season with a 15-12 record. Click HERE to view the B-3 tourney bracket.

Lincoln Belitz was the game's losing pitcher. He allowed six runs in 1 1/3 innings, walked one and struck out none.

South Sioux City didn't relinquish the lead after scoring six runs in the second inning when it scored on three doubles, an error, and an RBI single.

Mitchell McGill went 1-1, helping Wahoo/RC/LL Warriors to a 6-2 victory over Arlington on Tuesday.

He singled in the fifth inning.

Arlington couldn't get anything going as long as Andrew Blum was on the mound. Arlington managed just one hit off of the Warrior pitcher, who allowed no earned runs, walked none and struck out seven during his four innings of work.

The top of the third saw Arlington take an early lead, 1-0.

The Warriors never trailed after scoring three runs in the fourth on two singles.

Wahoo/RC/LL piled on three more runs in the bottom of the fifth. A clutch ground out scored Brenton Davis to open the scoring in the frame. That was followed up by McGill's single RBI.

Eleven hits weren't enough for the Wahoo/RC/LL baseball team as it lost a shootout, 9-8 in seven innings, to Bennington on Tuesday.

Brenton Davis had a busy day at the plate, collecting three extra-base hits. He tripled in the second inning and doubled in the first and fourth innings.

Andrew Blum took the loss for the Warriors. He lasted just 1 2/3 innings, walked none, struck out three, and allowed one run.

The bottom of the first saw Bennington take an early lead, 1-0. The Bennington attack began with a single from #10. A single by #22 then moved #10 from first to second.

Bennington quickly matched the Warriors' strong inning with a four-run inning of its own in the second. Bennington scored on an RBI single by #16, an error, a groundout by #10, and a sacrifice fly by #22.

The Warriors tied the game in the third on a two-run single by Mitchell McGill.

After a quick strike from the Warriors, Bennington responded with two runs in the sixth. Bennington scored on an RBI single by #22 and a fielder's choice.

The Wahoo/RC/LL Warriors jumped out to an early lead, but were unable to hold on and lost 2-1 to Platteview on Monday.

Platteview took the lead in the fifth inning on an RBI single by #26.

The WARRIORS were led by a flawless day at the dish by Tom Tewes, who went 2-2 against Platteview's pitching. He singled in the second inning and doubled in the sixth inning.

Wahoo/RC/LL scored its only run of the game on an RBI single by Brenton Davis in the first inning.

Platteview didn't relinquish the lead after scoring two runs in the fifth inning.

The Wahoo/Raymond Central/Lincoln Lutheran Warriors jumped out to an early lead on Falls City and captured an 11-1 victory on Tuesday at Sam Crawford.

The game was decided quickly as the Warriors exerted its will early with five runs in the first three innings.

The Warriors were led by a flawless day at the dish by Tom Tewes, who went 2-2 against Falls City's pitching. He singled in the fourth and sixth innings. Reid Nelson picked up the win. Nelson allowed one earned run, four hits and one walk while striking out four over six innings of work.

The Warriors piled on two more runs in the bottom of the third. The inning looked promising, as Otte singled, scoring Cole Peterson to kick things off.

The Wahoo/RC/LL team increased its lead with five runs in the sixth. A bases loaded walk scored Peter McNally for the inning's first run.

Mitchell McGill had three RBIs, but the Warriors still fell to Roncalli 6-5 in seven innings on Tuesday.

Lincoln Belitz shut down Roncalli while he was on the bump. Belitz gave up just two hits, allowed one earned run, walked seven and struck out three during his six innings of work.

Even though the Roncalli pitcher allowed five runs over four innings he still recorded the victory. He struck out one, walked four and surrendered two hits.

Roncalli was sparked by #4 and #20, who teamed up for three hits and two RBIs.

Belitz ended up on the wrong side of the pitching decision, charged with the loss.

Austin Oerman's walk-off error off of #8 boosted the Warriors to an 8-7 win over Crete in 10 innings on Monday.

Oerman did his best to jumpstart the offense for the Wahoo/Raymond Central/Lincoln Lutheran team, reaching base two times. He singled in the first inning.

Josh Leymaster got the win in relief for the Warriors. Leymaster pitched 4 2/3 innings and allowed two runs.

In the top of the first, Crete grabbed the early lead, 2-0.

The Warriors answered Crete's top inning with two runs of their own in the first. They scored on a two-run double by Peter McNally.

Crete tied the game in the fourth.

Wahoo/RC/LL scored three runs of its own in the tenth, scoring on a two-run error, to end the game.

The Wahoo/Raymond Central/Lincoln Lutheran Warriors jumped out to an early lead on Wayne and captured a 10-0 victory on Saturday at Wayne.

Seven runs in the first three innings allowed the Warriors to put the game away early.

An error and a groundout by Josh Leymaster during the first inning and an RBI single by Austin Oerman, a two-run single by Mitchell McGill, and in the second inning fueled the Warrior offense early.

Oerman went a perfect 3-3 at the plate.

Wayne couldn't get anything going as long as McGill was pitching. McGill held Wayne hitless over two innings, allowed no earned runs, walked none and struck out one.

Leymaster got the win for Wahoo/RC/LL. He pitched two shutout innings. Leymaster struck out two, walked one and gave up one hit.

The Warriors got one-run rallies in the third inning and the fourth. In the third, they scored on an RBI single by Sam Otte, scoring Cole Peterson.

The Wahoo/Raymond Central/Lincoln Lutheran Warriors jumped on Wayne early and coasted to an 11-0 win.

Nine runs in the first three innings allowed the Warriors to put the game away early.

An RBI single by Josh Leymaster, an RBI double by Peter McNally, and a two-run single by Tom Tewes in the first inning and a passed ball and a fielder's choice during the second inning supplied the early offense for the Warriors.

Peter McNally was perfect at the dish, going 3-3.

Reid Nelson kept Wayne off the scoreboard for all five innings he was on the rubber. He pitched a shutout, allowing no runs on four hits while striking out five.

The Warriors scored one run in the fourth inning, and then followed it up with one more in the fifth. In the fourth, they scored on a passed ball, scoring Tewes.

Andrew Blum allowed just two runs on Thursday at Neb City, but the Warriors couldn't get the offense going in a 2-1 defeat to Nebraska City.

Blum looked sharp on the bump. Nebraska City managed just two hits off of Blum, who allowed two earned runs, walked two and struck out five during his six innings of work.

Blum took the loss for Wahoo/RC/LL.

The Warriors scored their only run of the game on a steal of home in the first inning.

The lead stayed with Nebraska City after the third, when it scored two runs on a two-run double by #16.

The Warriors jumped out to an early lead on Omaha South and captured a 12-2 victory on Tuesday at Crawford.

Twelve runs in the first three innings allowed Wahoo/RC/LL to put the game away early.

The Wahoo/RC/LL team was led by a flawless day at the dish by Leymaster, who went 1-1 against Omaha South's pitching.

Omaha South couldn't get anything going as long as Lincoln Belitz was pitching. Omaha South managed just three hits off of Belitz, who allowed no earned runs, walked two and struck out three during his five innings of work.

Sam Otte boosted his batting average thanks to a perfect 3-3 day at the plate to pace the Warriors. He singled in the second, fifth, and seventh innings.

Gretna stayed on top until the final out after taking the lead in the fourth, scoring two runs on and.

Wahoo/RC/LL’s lone run of the ballgame came in the seventh inning on a groundout by Mitchell McGill.

Pitchers: Josh Leymaster, Peter McNally, Tom Tewes
Highlights: Mitchell McGill hit double to drive in Tewes on the go-ahead win in the bottom of the 5th. 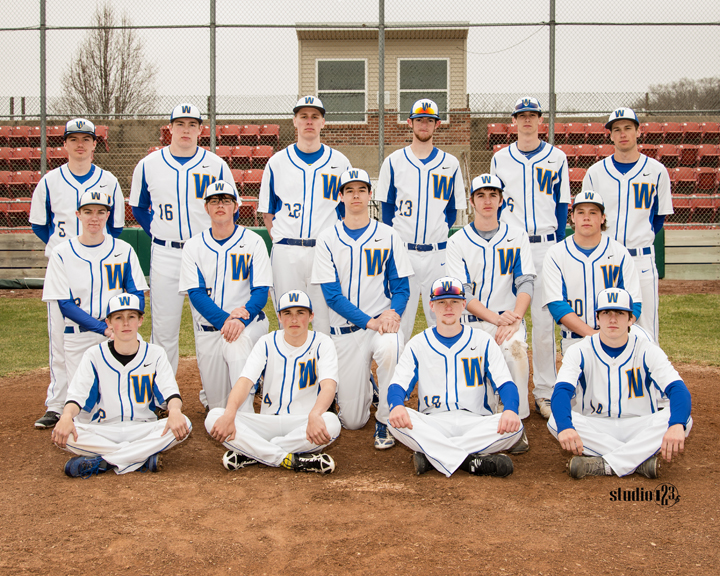