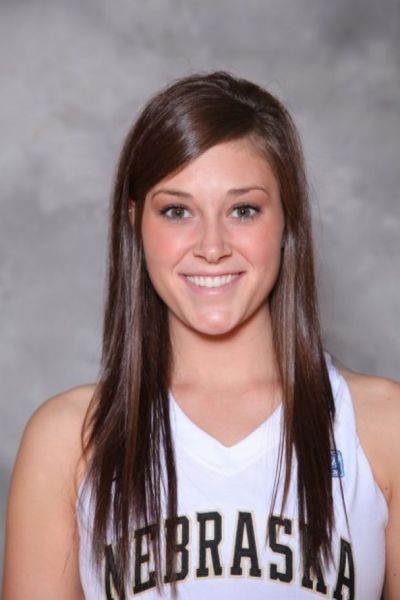 Two games and six practices a week is hardly enough for a pre-med student.

No. You have to throw in six YMCA games to referee on Sundays at Lincoln North Star. Add in 15 hours of senior level biology, immunology, physiology and medical ethics classes, and now you have a full schedule.

That's the plan Mallory Shanahan faces every week, and there's no desire to change.

The Nebraska Wesleyan senior drags herself out of bed Mondays to practice from 6 to 8 a.m. because that is the only way practice and class schedules work. The rest of the week, practices are in the afternoon, and usually at least one game is at home and the other on the road.

"I'm one of those people who takes books and notes with me on the bus on road trips," Shanahan said. "It all fits into my plan. And during the season it really works because I have to be strict with my schedule to get it all done."

The Wahoo grad is headed to dentistry school next year after she picks up her bachelor's degree in May.

Before then, though, she'll continue her climb up the career scoring charts, the all-time rebounding charts and the blocked shots records.

This season, Shanahan leads the team in scoring at 15.1 points a game — fifth in the Great Plains Athletic Conference. She's tops in rebounding in the conference at 9.5 boards a game and second in blocks with 28 this season.

That is impressive considering the GPAC is the best conference in women's basketball in NAIA Division II. It is even more stunning when she is leading NWU by nine points a game and six rebounds a game.

The problem for the Prairie Wolves is that there are not enough Mallory Shanahans to go around. NWU is 3-17 overall and 1-14 in the GPAC. Last year, 5-20 and 2-18. Wesleyan hasn't had a winning season since 2000. Lately, the 11-16 record when Shanahan was a sophomore was as good as it got.

"We still try to win every game, and there's no way I'm quitting just because we didn't win a lot of games," Shanahan said. "We had a couple of girls quit this year. But as a senior and as a captain, we really tried to get them to stay. We talked about all the good things — we get treated well, we make really close friendships and we're playing basketball, the best we can."

Shanahan knows the ups and downs of competition.

Two games ago, she scored 26 points and became the 12th member of the 1,000-point club at NWU. The next game, she was posted under the basket, double-teamed, triple-teamed, and she mostly caught a pass, kicked it out and tried to rebound. "We didn't shoot too well and I got into foul trouble and sat out a lot, and finished with two points" in a loss to Midland University, she said. On Saturday, NWU lost 79-54 after closing to four points in the second half. Shanahan finished with 12 points and 14 rebounds — her 10th double-double of the season.

"We were playing pretty good but didn't have enough at the end of that game," Shanahan said. "We've got five games left and we can make some strides, I think."

Wesleyan plays at No. 2-ranked Concordia University on Tuesday. It finishes the season at home Feb. 13 against Doane, a team it beat two weeks ago.

"We're here because we love basketball," Shanahan said. "That's what NCAA Division III is all about. We play the NAIA schools, but unlike them we don't get paid to play with athletic scholarships. We could all quit at any time, and as we saw, some people did. But those of us who stuck around are going to give everything we've got until it's all over."