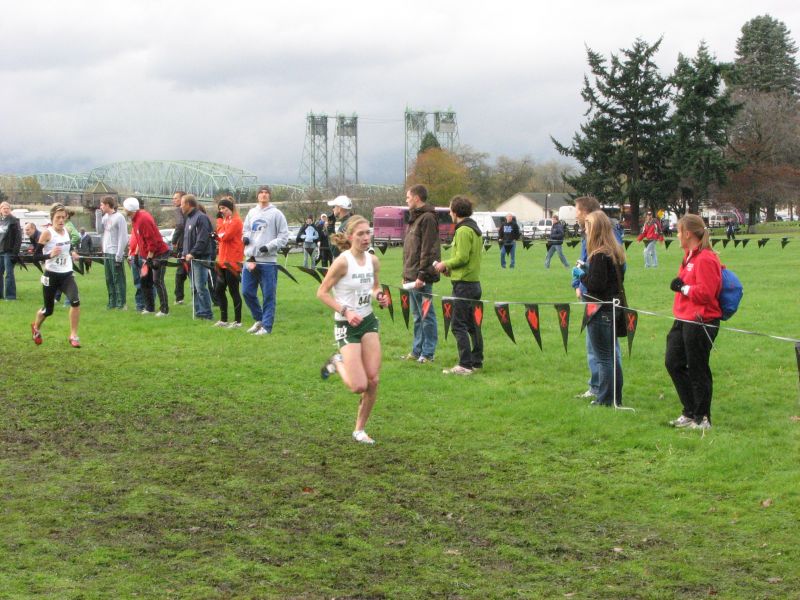 Curran, competing for Black Hills State University in Spearfish, SD, placed fourth with a time of 17:52 for the 5000 meter course.

Curran's fourth place finish allowed her to be named to the NAIA All-American Cross Country Team. It was the second year for her to receive this honor, as last year she finished in fourteenth place.

As a team, Black Hills State University scored 151 points, which was good enough for a third place finish.