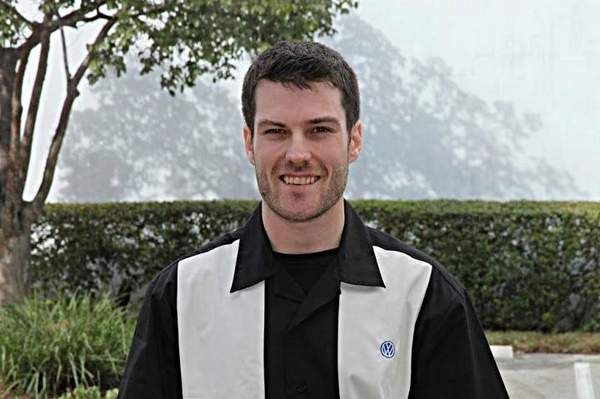 Angie Quinn isn't exaggerating when she says she has one of the best technicians working for her at Performance Volkswagen in La Vista.

James Hoppe, a 25-year-old Wahoo, Neb., native, beat out thousands of other technicians across the country to win the 2011 Volkswagen Service Qualification National Championship, winning a five-day trip to Cancun, Mexico, next month for him and his wife, Rachel.

“It's surreal,” Hoppe said. “I've been competing in this for the last four years and I never expected to accomplish this. It's very exciting. I feel blessed.”

Since starting as a journeyman technician at Performance Volkswagen in 2006, Hoppe quickly worked his way up to become a master certified technician and the shop's foreman.

“He's the go-to-guy for other service technicians, including some who are much older than him,” said Quinn, president of Performance Volkswagen. “He's a huge asset to have. He's extremely skilled, really good with troubleshooting and has the patience to resolve issues. He's also a great listener and communicates well with other technicians and the customers.”

Thousands of technicians entered the national competition last spring, which started with online exams. In August, it was narrowed to about 50 contestants who traveled to Dallas for hands-on testing, which measured the technicians' ability to diagnose and fix malfunctioning cars and circuit boards. The top 12 moved on to Florida, where Volkswagen of America crowned Hoppe its national champion.

The championship is an ongoing program from Volkswagen to improve service standards and ensure that technicians and service advisers are up-to-date with the latest information and skills while rewarding their dedication.

Hoppe said he got involved to better his skills and challenge himself in the field he loves.

Hoppe chose the career even before graduating from Wahoo High School in 2004. He headed to the Universal Technical Institute in Houston for two years of automotive and technical training.

He said he knew he wanted to get into the auto industry in high school after participating in the Omaha Public Power District Power Drive program, working with a team of students to build and race an electric vehicle.

“I get a lot of satisfaction working in the automotive industry,” he said. “It's not just about the cars, but it's about keeping the customers on the road. When I fix cars I just imagine it's my wife's or my mother's vehicle and do my very best to take care of them.”