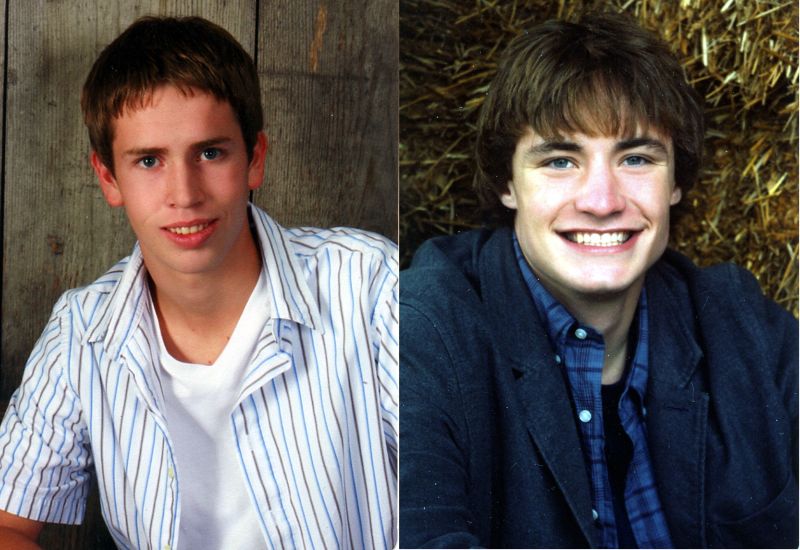 Sadness has blanketed the Wahoo Public Schools as news hit of the loss of two recent alumni.

We were informed early this morning that Chris Roberts and Jake Wiebold were killed in an automobile accident near Axtell, Nebraska on Sunday night.

Both were respected members of the WHS Class of 2007.

Chris was an active participant in band, cross country and track. He was also a member of the Future Business Leaders of America, and crowned King of the 2007 Prom. In his senior yearbook, Chris was designated by his peers as the senior boy most likely to “become a millionaire” and “win Jeopardy.”

Jake was active on the football, basketball, and track teams. He was a member of the Future Business Leaders of America and W-Club, and was voted onto the 2007 Homecoming and Prom Courts. Jake was designated by his peers as the “biggest flirt” with the “best comebacks” and the senior boy most likely to “be on reality T.V.”

Funeral services for Christopher Roberts will be held at 10:30 a.m. Friday, July 23 at First United Methodist Church in Wahoo (714 N. Beech Street). Visitation will be Thursday, July 22 from 2:00-8:00 p.m. at Pruss-Nabity Funeral Home (911 N. Linden). Memorial donations may be made to: Family's Choice.

From Jake’s good-humored orneriness to Chris’s quiet charm, both will both be remembered fondly as kind, fun-loving students.

The thoughts and prayers of the Wahoo Public Schools’ administration, faculty and staff go out to both the Roberts and Wiebold families.

Those who would like to share fond memories of Chris and Jake are encouraged to do so using the feedback feature below (simply click on "Provide feedback on this topic").

Jake and Chris - You will be so dearly missed.

Chris was such a great kid. Very smart and coachable. He worked his tail off and always strived to be the best. Although he was quiet, he had a inner competitive edge second to none. Chris was incredibly considerate, respectful, and polite. These qualities made him a joy to be around.

Jake was such a free spirit on and off of the field. In my time coaching Jake, I never witnessed him having a bad day. He always had a smile, laugh, or a witty comment to lighten the mood for his coaches and teammates. He truly played the game for the sheer enjoyment of competition. This rang through in how he played the game and practiced. I, and my fellow coaches, loved seeing Jake as he continued to visit us after his graduation. It was a joy watching him develop into a such great young man.

According to late John Wooden - "You can't live a perfect day without doing something for someone who will never be able to repay you." There is no doubt that in their short time with us, Jake and Chris lived many perfect days.

My thoughts and prayers are extended to the Roberts and Wiebold families.

Not only were Jake and Chris two of my students, but they were two of my son’s best friends. Mr. Privett described them so well with his statement “Jake’s good-humored orneriness to Chris’s quiet charm.” At school Chris was quiet until you got to know him. He had a great sense of humor, but always had this very logical side to him, too. He worked hard in school and was going to accomplish great things through his engineering career. Jake was fun loving – Jake always had fun no matter where he was. He brought his sense of humor to class on a daily basis, but usually knew his limitations. On those days he didn’t, I’d give him my look and he’d reply “Mrs. S.” in a slow low voice. Then he’d flash this huge smile and the only thing I could do was smile back. I never saw either boy in a bad mood. Both always had a smile on their face. Their number one goal in FBLA, along with my son Ben, was to have fun (which about made me pull my hair out), but they did and I’m so glad for that. They made everyone around them feel good and have fun, too.

On a personal note, my son Ben has 4 best friends – Jake, Chris, Laramie and Reed. The 5-some spent hours upon hours together during high school at Rob’s (Roberts) house. The Roberts had made a special room – the man cave – for the 5 where they each were able to play video games and hang out. It was great because, as parents, we always knew where our sons were – they never went anywhere else! Ben said no one would be able to comprehend the amount of Oreos, food, and pop they could go through in a night! Once college came, three ended up in Fremont and two in Lincoln, and the Roberts were able to sanitize and redecorate their room! Despite the miles, school and summer jobs, they still managed to spend almost every weekend together – only now in the Wiebold man-cave. Their friendships never dwindled; they have continued to stay best friends.

Neither my life, nor my family’s, is going to be the same without Jake and Chris. We have so many great memories that make us smile. My thoughts and prayers are with everyone who was touched by their lives. If you knew them, you are going to miss them.