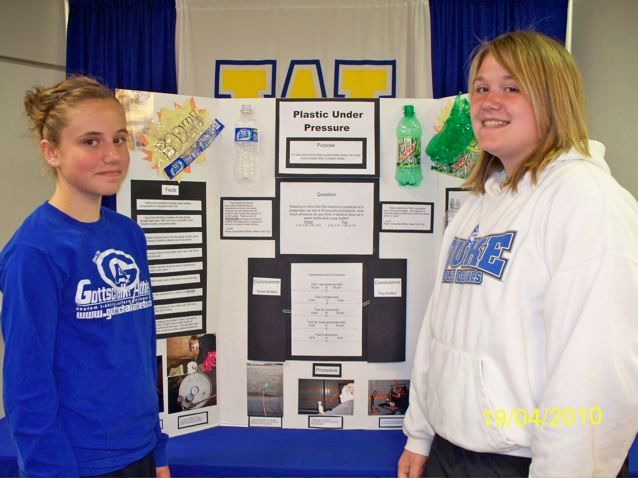 For the third year in a row, Wahoo Middle School captured the top award at the science fair held March 25 at the Strategic Air and Space Museum in Ashland, NE.

This year's top honors went to 8th graders Ronnie Brust and Maddy Partridge. This is the second time that Brust has taken first place in the competition.

Brust's project was titled "Plastic under pressure." She tested various pop and water bottles to determine how many pounds per square inch of air pressure the bottles could hold until they exploded.

Other students who participated in the science fair from the middle school were: Rochelle Olson, Hanna Christensen, Alex Abbott, Douglas Ford, Lucas McIlhaney, and Elise McIlhaney.