Michael Shada, WHS Class of 2003, will be sorely missed, but fondly remembered. 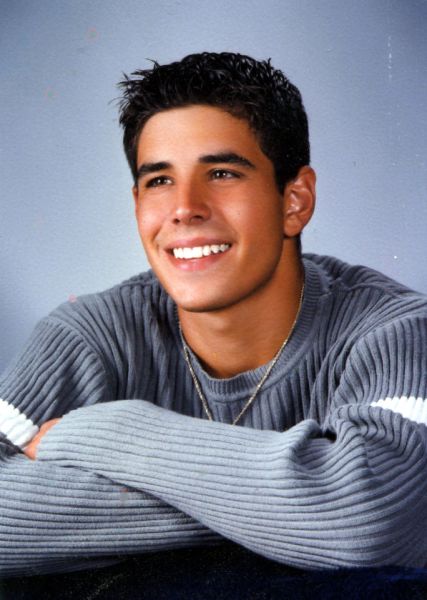 Wahoo Public Saddened by Death of Another WHS Alumnus

Michael Shada Remembered as Being a Fun-Loving, Talented Student/Athlete/Friend

The Wahoo Public Schools once again grieves the loss of one of its own. The district has received the sad news that 25-year-old Michael Shada passed away this morning as the result of an automobile accident on a county road near Yutan.

Michael graduated from Wahoo High School in 2003. He was a good student, and very well known for his athletic talents. He was an integral part of Wahoo’s athletic programs during his high school years. 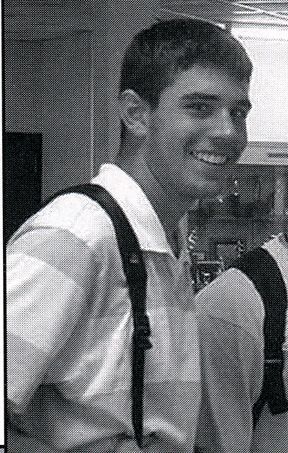 Launch the media gallery 2 player
In high school, Michael was named Sr. Male Athlete of the Year for 2002-2003. He was also named Most Valuable Player in Warrior Football, Basketball, and Track, and named All-State in Football.

Some of Michael's former coaches have shared some of their fond memories at the end of this article.

In his senior yearbook, Michael was voted by his peers as “most likely to become a professional athlete” and “most likely to be in the Olympics.” He was also given the prestigious honor of being the “biggest flirt” and was remembered as the one senior boy who was always hungry. 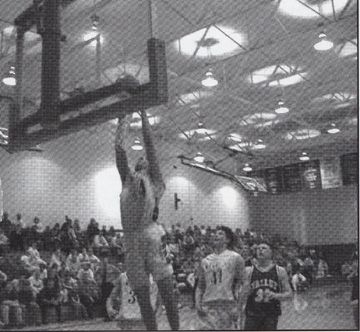 The Svoboda Funeral Home web site reported that after high school Michael enrolled at the University of Nebraska at Lincoln where he was a walk-on for the Husker football team. After two years he transferred to the University of Nebraska at Omaha, where he also played football. In recent months Michael had taken and passed all the exams for the licenses needed to work at T.D. Ameritrade, where he had worked since February 2009. Michael was engaged to be married to Emily Parsons on June 26, 2010, and was the proud father of one son, Josyah.

Michael's funeral will be held in the Wahoo High School gymnasium at 10:30 a.m. on Saturday, October 3. Interment will follow at St. Francis Cemetery.

Michael is the son of Randy and Diane Shada. Mr. Shada taught physical education at Wahoo Middle/High School for 29 years, and just retired this past May.

“Michael was a young man who always had a smile and a handshake ready for you. He loved his family, Wahoo and sports. We will miss him,” commented Wahoo Public Schools Superintendent Ed Rastovski.

The thoughts and prayers of the administration, faculty and staff of the Wahoo Public Schools go out to the Shada Family.

Those wishing to share fond memories of Michael are encouraged to leave feedback using the link located at the bottom of this page.

Chad Fox, WHS Head Football Coach: “The thing that I will always remember with Michael is how he would always try to draw up plays and give them to me to run in practice. Of course these plays always involved him running with the ball, throwing a pass, or catching a touchdown pass. The other thing that I will never forget is how Michael would come back to school quite often, after he graduated, and stop by just to see how things are going and talk about how the season is going. He would always bring a smile to my face when he would say, ‘Hey Coach!’.”

Jason Libal, WPS Activities Director: "I will dearly miss Michael's free spirit and his uncanny ability to make those around him smile and laugh. He showed great care and comfort for those around him and treated everyone as such. I feel blessed to have known Michael--not just as a student and athlete, but also as a friend. I am sure he is in heaven right now showing everybody how he can dunk a basketball! My thoughts and prayers go out to the Shada and Milliken families."

Kevin Scheef, WHS Head Boys Basketball Coach: “Michael was just a very friendly kid with a big heart. As a high school athlete, he always had fun at whatever he was doing, and he could always make people laugh. He was a tremendous athlete who was naturally good at whatever he did. Our thoughts and prayers go out to Michael’s family.”

Steve Shannon, WHS Assistant Football Coach: "The one story that I remember the most about Michael on the football field was when we were playing Raymond Central at home and they were one of the top teams in the area at the time. We had stressed all week that we really needed to get off to a quick start against them to set the tone for the game. We had prepared all week for their defense to really pressure our receivers and had been working with the receivers on being able to get off the line of scrimmage quickly and get past their corners. Right before we took the field on offense, I reminded Michael that we really needed him to be a threat and help us get off to a quick start. On the first play from scrimmage, the Raymond Central corner that was playing over top of Michael was playing 'bump and run' coverage, which was tight man-to-man coverage right off the start. Coach Fox called for a vertical route for the outside receivers. Michael took an outside release and blew by the defender and caught the ball for a touchdown on the first play of the game. When he came back to the sideline, half out of breath, Michael looked at me and said, 'was that quick enough, coach?'"

Wahoo Public Saddened by Death of Another WHS Alumnus