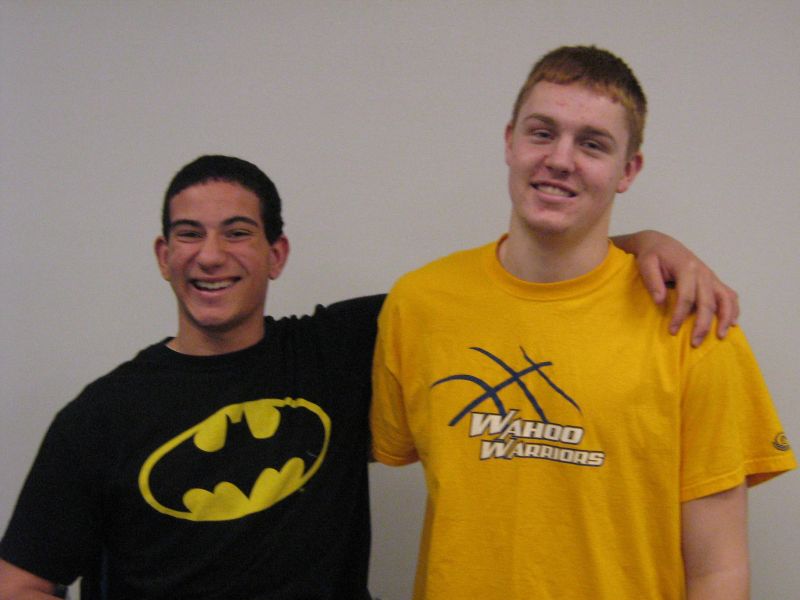 As a retired coach and guidance counselor, I love to catch young people in positive actions. Athletics is a great venue for our young people, and even though it is not for everyone, athletics can and does affect many other youths and definitely many of the leaders of tomorrow.

A week ago Thursday at Pershing Center,I saw a young athlete behave as the leader and the type of person we want taking care of us old geezers. At the conclusion of the Newman quarterfinal, a young Wahoo High School student who does not have use of his legs, courageously was scooting himself -- one step at a time -- from the upper seats. Behind him was a young man shielding his friend's departure and seeing to it that no one ran into the young man, who obviously is not handicapped but does not walk the way most of us do.

The big, physical athlete was only being certain that his friend could do what he wanted for himself. As the two got to the landing, the athlete leaped over the rail, retrieved his friend's wheelchair at the bottom and placed it to where the young man could get in it himself.

This was truly an act of love, friendship and patience. I don't know who the courageous young man who does not have use of his legs was, other than that he wore a Wahoo High School letter jacket. But the athlete had just played a good game in the afternoon, helping to lead his team to the semifinals Friday with his scoring, leadership and rebounding. The young man was Ben Scheef of Wahoo.

We do have parents, coaches and athletes doing and learning the right things.