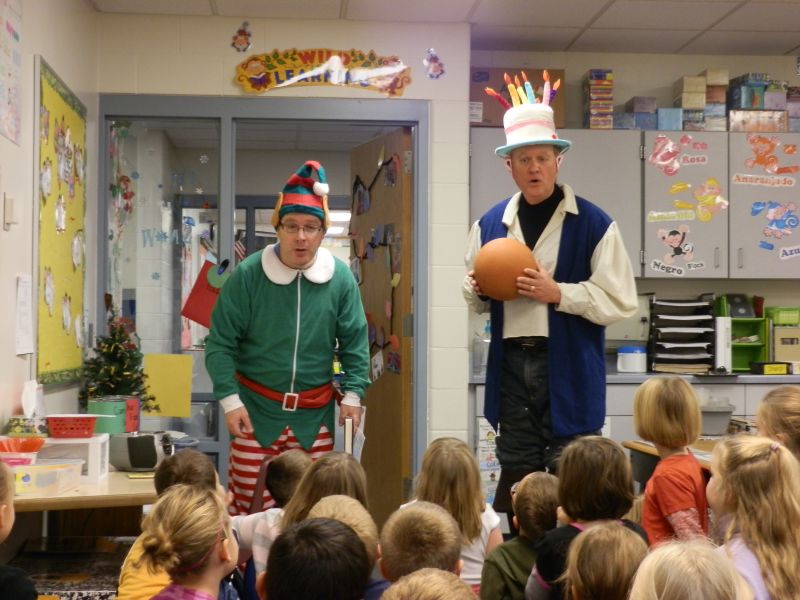 It is tradition that kids all over the world write letters during Christmas. But why are all those letters written specifically to Santa? What about all those little people behind the scenes?

Two of Santa’s elves, Boldton and Davey, were granted personal days, and made the long journey to Wahoo to meet the kids who enjoy the fruits of their labor.

The students learned that Boldton is the World’s Tallest Elf. He’s the best basketball player at the University of the North Pole. He even brought his basketball along on his visit, which thawed during the trip. It was also his birthday. At 346 years of age, he remains very active, and still celebrates his birthday with a special birthday cake hat!

Davey, on the other hand, is the smartest and hardest working elf at the North Pole. He is Santa’s best helper. He looked especially merry in his outfit.

On a sad note, though, Boldton and Davey were feeling a bit frustrated and sad, because Santa gets all the letters, and they get NONE! The elves shared their feelings of despair with the second graders.

“It’s just not fair!” commented Elf Davey. “We do ALL the work, and nobody ever write us letters! Santa sits on his pockets all year eating and getting fat, and he gets all the credit! It makes me want to cry.”

Luckily, the second graders have been practicing their letter-writing skills, and happily agreed to send letters to a whole list of elves!

Well, that solution really improved the mood of our little visitors.

Davey pulled out a whole list of Santa’s hard-working elves, and checked it twice. Yes, these elves will be so excited to finally get letters thanking them for all of their hard work! Elvis Elf, for example, is in charge of planning the celebration when Santa returns. Elvis owns all of the Just Dance DVD’s. Another elf, Steamer, is in charge of the Polar Express. He’s glad to be living in the North Pole, as he suffers from nasty allergies.

So, if you know a second grader at Wahoo Elementary, be sure to ask him/her about the visitors from the North Pole. They’ll be happy to tell you about the sad elves whose spirits they are lifting with great Christmas letters!

Our 2nd grade writers in action: 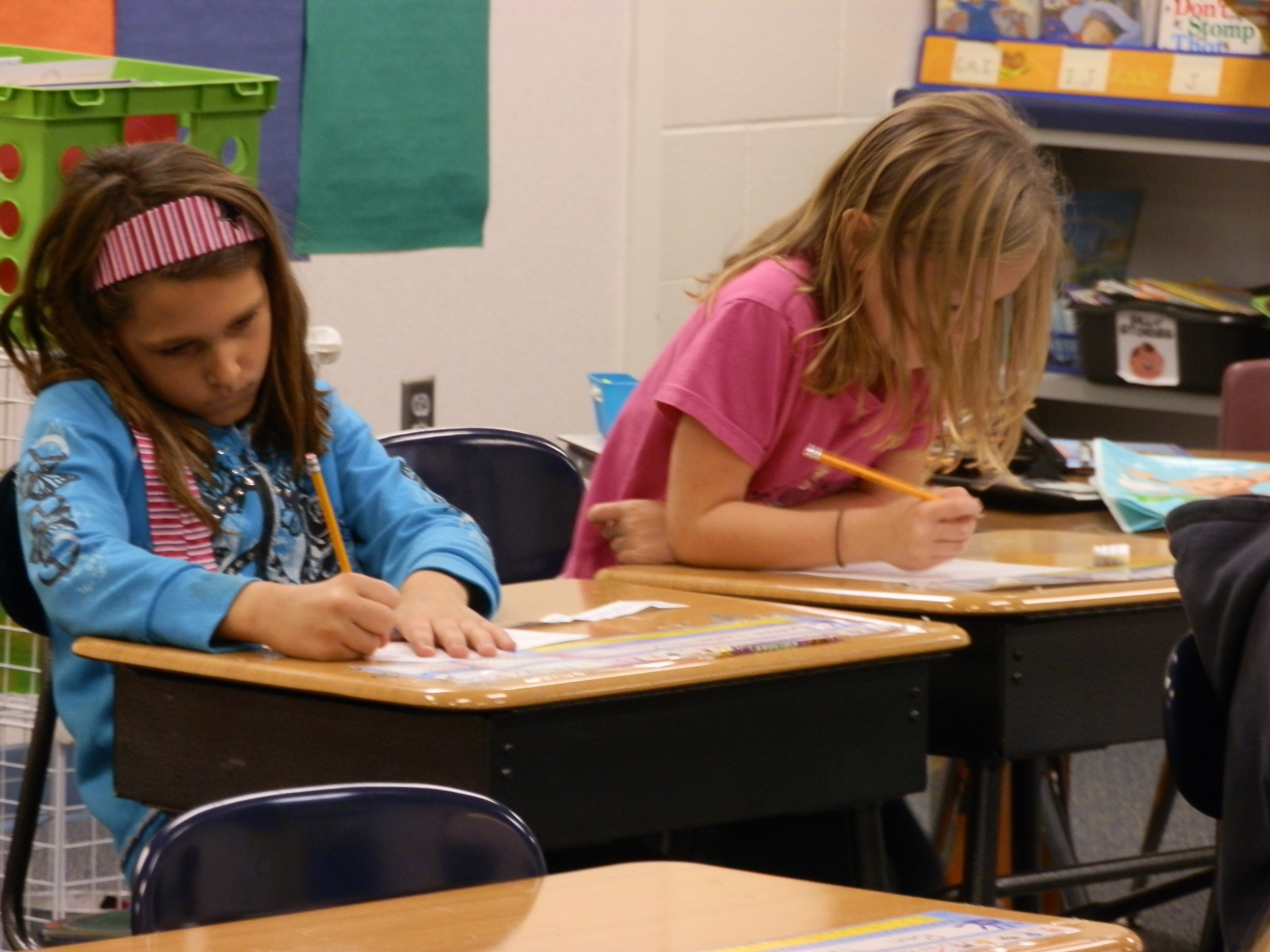 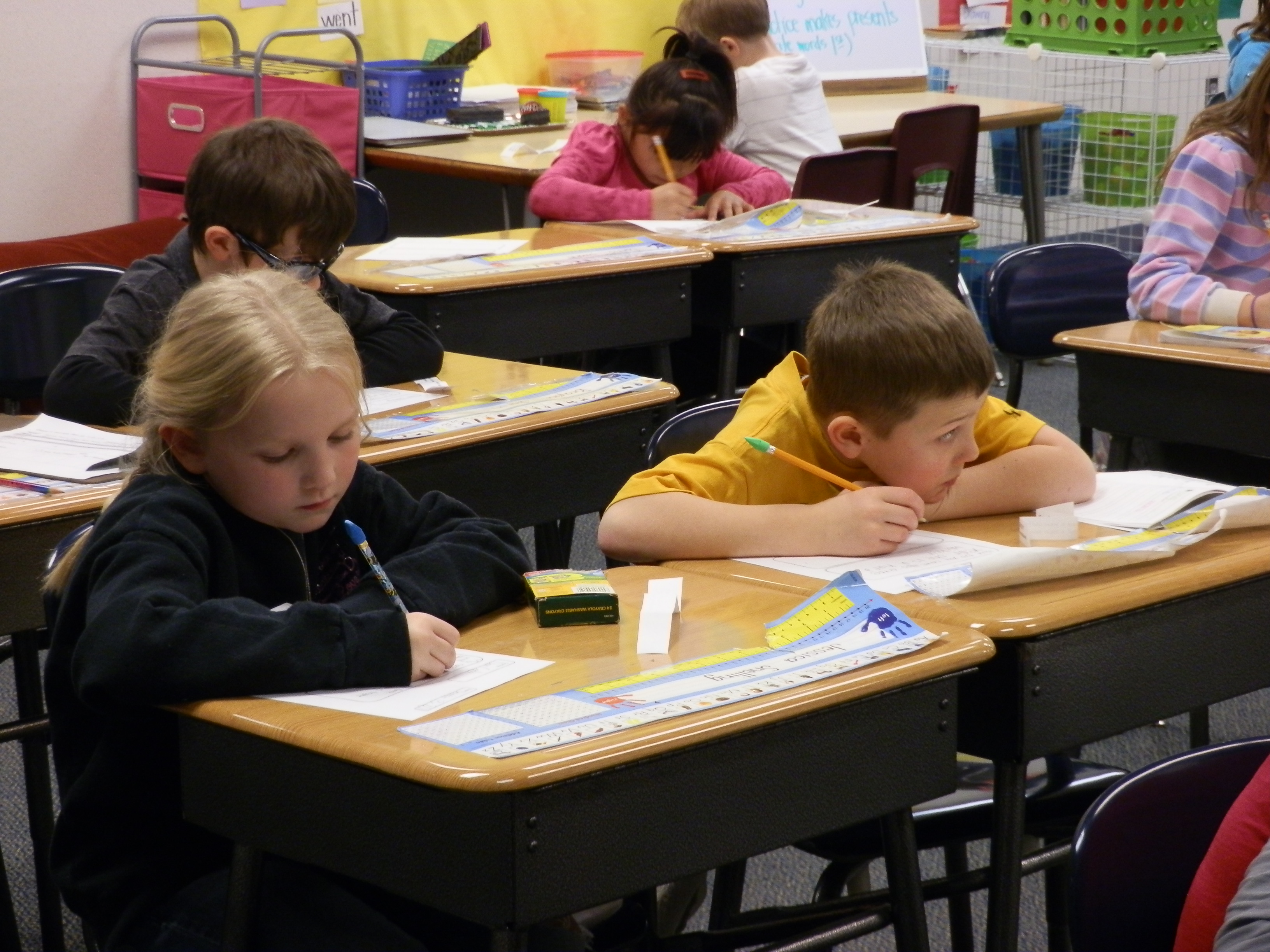 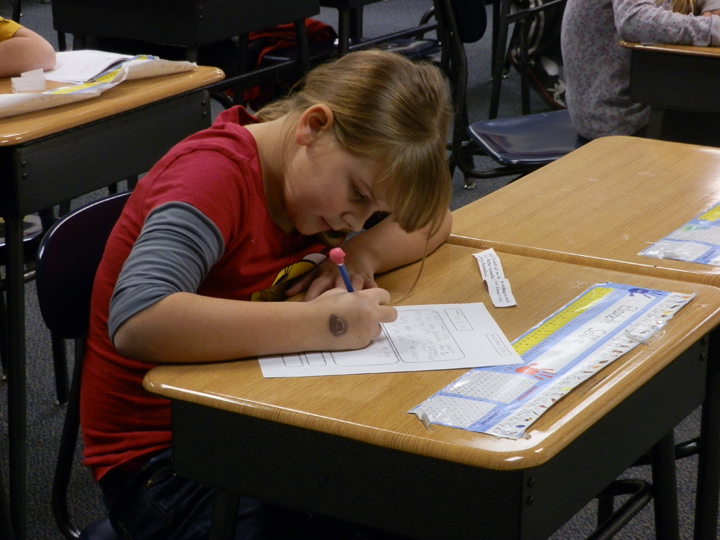 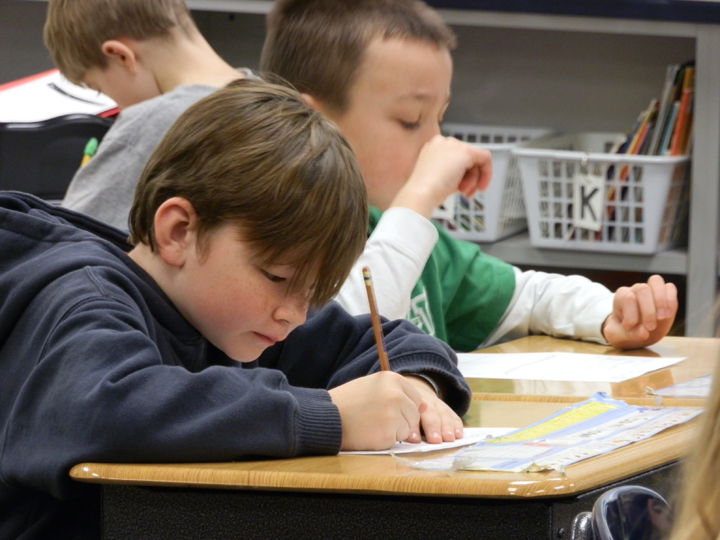