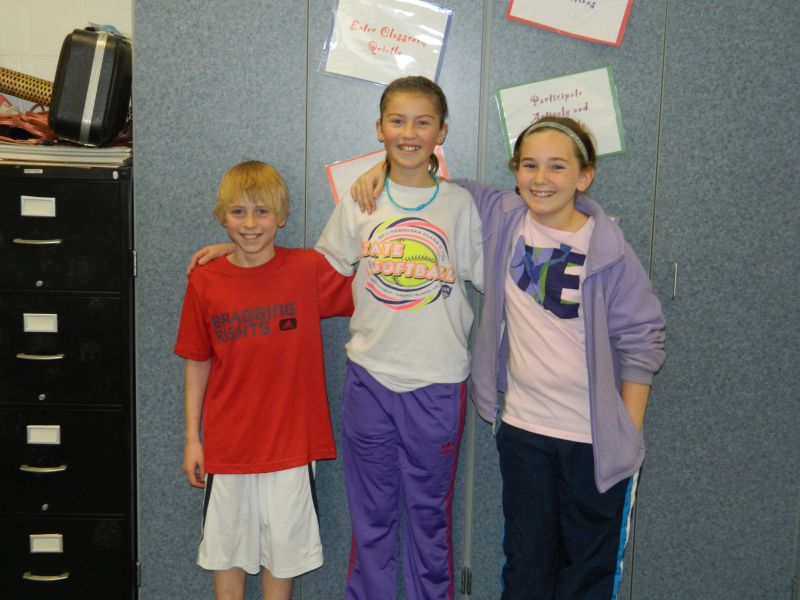 Kameron Maldaner, Cali Britton, and Emily Obert all participated in this select choir and performed their final concert on the Lied Center Stage.

Quotes from the kids throughout the day include:

Kameron – “John Jacobsen was so much fun!”

Emily – “It was the best music experience I have had so far!”

The Nebraska Music Educators Association celebrated its 75th anniversary and extended the All-State performing experience to singers in elementary school. Their wish was to share with the public how important music is to all ages.

The celebration featured special guest director John Jacobson, a major advocate for music in our schools, who conducted the students during the All-State in-service conference/clinic.

Who is John Jacobson?

John Jacobson has choreographed, directed and performed in hundreds of staged productions throughout the nation and the world, including Grand Opening Ceremonies
for Tokyo Disneyland in Japan, portions of the Macy's Thanksgiving Day Parade. He
served as choreographer for Reagan's Presidential Inauguration and The Singing
Sergeants.

Jacobson received his Bachelor's Degree in Music Education (Choral) from the University of Wisconsin-Madison where he performed in, and eventually directed, The Wisconsin Singers.

He has served as guest clinician at such events as the Showchoir Camps of America, The Brightleaf Music Festival and hundreds of festivals, workshops, camps and reading sessions throughout the country. The highly successful John Jacobson Workshops, which are one-day choreography sessions, are held each summer for directors and students, and are sponsored by local music dealers and the Hal Leonard Corporation.

Jacobson continues to work as consulting writer, choreographer, director and performer for Walt Disney Productions, while conducting seminars for students and music educators as a free-lance entertainment consultant. He is creator and founder of the non-profit organization America Sings! and has authored Gotta Sing, Gotta Dance and Puttin' On the Glitz (both Basics of Choreography Book and Video Series).

In addition, he has written the Production Guides, including staging and choreography, for many publications, including: SRO, I Love Christmas, Disney Spectacular, All American, Nickelodeon, Rock On!, Land Of A Thousand Dances, A Good Old Vaudeville Show, Surfin' USA, One Magic Christmas, Cool Yule, Once Upon A Christmas, Top 40 and The Beat Goes On. He has co-written musicals including The Birthday Of A King, It's A Small World, People Got To Be Free, Westward Ho! and Forever Free, and provided commentary for The Art Of Entertainment sourcebook.

All of the above are publications of Hal Leonard Corporation.

Jacobson received his Master of Arts degree in Liberal Arts from Georgetown University in Washington, D.C. He presently resides in Los Angeles, California.