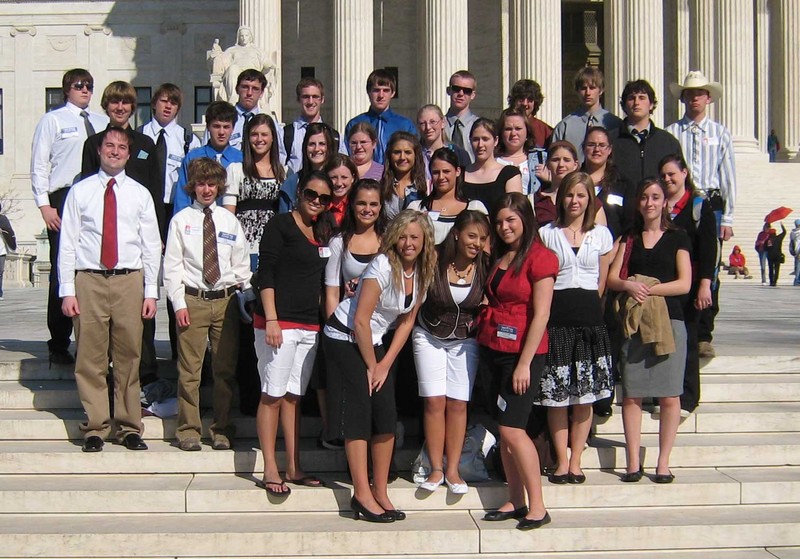 WHS Close Up Students Participate in Successful and Invigorating Trip to Washington D.C.

The 2008 Close Up class recently returned from a once in a lifetime experience in Washington D.C. Over 30 students spent nine days in the nation’s capital seeing and participating in a wide variety of activities. Students spent the first two and half days of the trip exploring the city independently of the Close Up program.

On day one students began with a tour of the National Cathedral. The unique gothic architecture and burial place of Woodrow Wilson amazed many students.

“It was amazing how the entire structure was built completely out of stone,” commented Junior Katie Stuchlik.

Following the National Cathedral, students headed north to Annapolis, Maryland where they perused the campus of the Naval Academy.  A large campus and strict military guidelines left many students both inspired and curious about the history and day-to-day life of this unique University.

“Touring the University was one of my favorite parts of the trip,” said Junior Tyler Brunsting. That evening students ate in downtown Annapolis and even got a chance to feed some local ducks.

Students arose early on Saturday as we headed north again, this time to Baltimore. Here, we explored Fort McHenry – the birthplace of the Star Spangled Banner. The fort itself is in great condition and park rangers were happy to answer many historical questions about the infamous battle in the War of 1812 that lead to our national anthem. That afternoon, students had the opportunity to walk around Mount Vernon, home of George and Martha Washington. Despite a long wait in line, students were able to tour our first President’s home and see the tomb where he is buried. 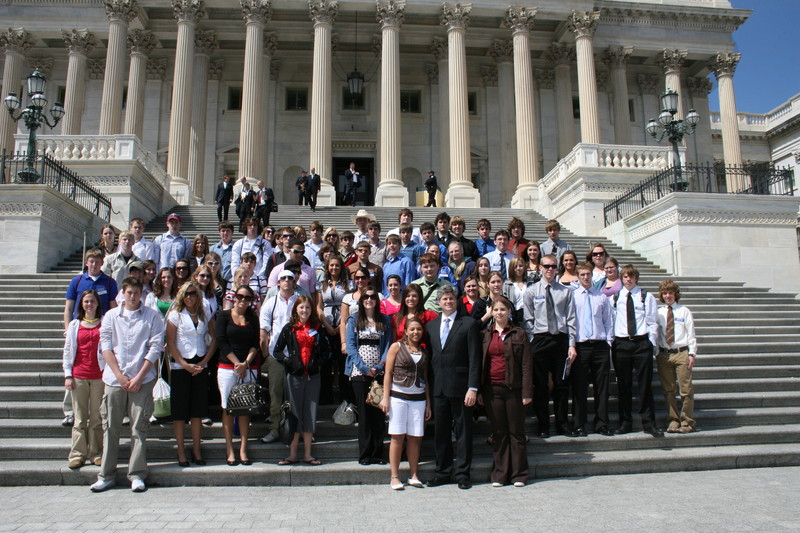 “It was a long wait, but it was definitely worth it to see George’s home,” noted Junior Ben Pokorny.

During our final independent day on Sunday, students again experienced a variety of experiences. We arose early to take a self-guided tour of Arlington National Cemetery. Here, we saw the final burial place of nearly 300,000 veterans as well as witness the solemn changing of the guard ceremony at the Tomb of the Unknown Soldier. In addition, students had the opportunity to see John F. Kennedy’s gravesite as well as the home of Confederate General Robert E. Lee.

Junior Kyle Kapple commented on how much he appreciated Arlington saying it was “a humbling experience” to witness the changing of the guard.

We then transferred via the subway to the Washington Monument where students escalated to the top of the monument for a spectacular view of the National Mall. Walking one block south students then investigated the Holocaust Museum.  Students had the opportunity to experience the holocaust first hand as many original artifacts were on display in this important museum. At the end of the day, we transferred to our new hotel and students began the official Close Up program.

While on the Close Up program the remainder of the week, students explored many other attractions. Not only did they explore many of the famous war memorials (Korea, Vietnam, WWII) but they also visited other important monuments (Lincoln, FDR, Jefferson). Program instructors worked individually with students to give them the history of the monuments as well as give them time to survey them individually. In addition students also met with other students from around the country to share opinions and debate important issues that face our nation.

On Wednesday, Wahoo students had the opportunity of meeting with Nebraska’s representatives one-on-one to ask them important questions facing their future. Senators Ben Nelson and Chuck Hagel, as well as Congressman Jeff Fortenberry were eager to answer student questions in this unique forum. The following day on Thursday, students attended the play “Shear Madness” at the Kennedy Center. This was a highlight for many students as the murder mystery plot involved the audience in solving the case.

“This play was hilarious.  Definitely one of the highlights of the trip,” said Junior Taylor Kavan.

On the final day students awoke early for a tour of the White House where they walked through history in many of the White House’s historic rooms. They then had the rest of the day to explore the city independently, some viewing the National Archives while others went to Georgetown.

Overall, the trip was a huge success. Perhaps Junior Jen Proctor said it best: “Our trip to D.C. was a once in a lifetime experience I’ll never forget.”

WHS Close Up Students Participate in Successful and Invigorating Trip to Washington D.C.