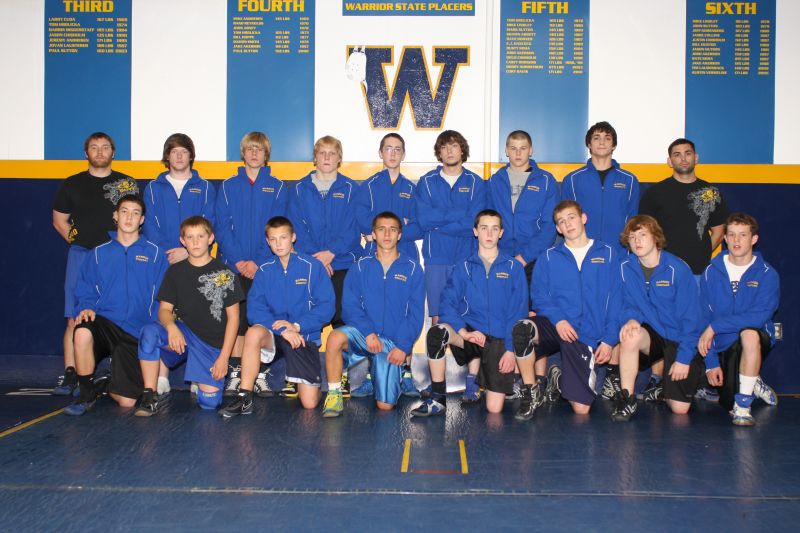 On Saturday, December 3, the Wahoo Wrestling team traveled to Cozad to wrestle in the Cozad Haymaker Invitational. The Warriors took only two varsity wrestlers and six junior varsity wrestlers due to injuries.

Senior Cameron Golter was the lone varsity medalist at 160 lbs. Golter started the day off against Aurora’s Willy Van Sant. Golter won the match by decision 4-2. In the semifinals Golter wrestled Trenton Dolezal of Nebraska City. Golter once again came out on top by pin fall in a time of 2:37. In the finals Golter was matched up against Ogallala’s Tyson Lanka. Although he wrestled tough, Golter was pinned in a time of 1:58 to finish 2nd.

Sophomore Colton Spangler also wrestled varsity at Cozad on Saturday. Spangler started his day off against Marcus Todd from Aurora. Spangler was defeated by major decision 10-1. In the consolation quarterfinals, Spangler wrestled Sidney’s Kelby Christian and was defeated by pin fall in a time of 0:58.

“We only had a couple of guys today, but they showed up to wrestle and it showed, I thought we wrestled well today on all levels,” commented Head Wrestling Coach Darold Foster.

Six junior varsity wrestlers also competed at the Cozad Invitational. Freshman Dillon Rademaker wrestled at the 106lbs. weight class. Rademaker started off by pinning Medicine Valley’s Wayne Willis in a time of 1:35. In the semifinals Rademaker pinned Alliance’s Brendon Coward in a time of 0:48. Rademaker won his finals match against Tyler Brass of Gothenburg with his fastest pin of the day in just 0:30.

“Overall I thought we wrestled really well in the junior varsity meet. Most of our guys are fairly young and new to the sport, and it was great to get some good competition from out west. I am looking forward to seeing these guys grow in their technique,” said Assistant Coach Jake McAllister.

The Warriors will continue their season at Yutan on Tuesday, December 6 as they take on the Yutan Chieftains at 7:00 p.m.

On Thursday, December 1, the WHS Wrestling team started its 2011-2012 season with a home triangular with Ashland-Greenwood and Raymond Central.

"I thought we wrestled well against Ashland. We had some first match mistakes, but overall I was happy with the way we wrestled, especially for having so many freshmen,” said Warrior Head Coach Darold Foster.

Mainly due to open weight classes, again Wahoo was defeated 54-12.

“We just didn’t match up really well against Raymond Central, and we couldn’t get many matches,” Foster commented.

The Warriors will travel to Cozad on Saturday, December 3 to wrestle in the Cozad invitational.