August died one year ago, and was remembered in a project led by juniors Kendal Brigham and Paige Peterson.

October was Pregnancy, Infant, and Child Loss Awareness Month. The two juniors wanted Mrs. Didier and her husband to know that parents who have lost a child are supported in their grief.

In an effort to share the love that they had for their son, Mrs. Didier recently posted the following message on social media.

“It’s November and I so wish we were planning a 1st birthday party while reminiscing on a year of adventures with our
favorite little guy, August. Showing August the world was what I looked forward to most. I saw a super cool idea (from
another mom) and I wanted to give it a go. If you find yourself in a fun location this month, could you write August’s name
and take a picture? You can write his name with leaves, sticks, in the sand or snow, on paper - anything! You can also use
nicknames: Gus, Aug, Auggie, even the number 8. I’m excited to see all the adventures he will be a part of in his own
special way."

On Thursday, before the Wahoo High School volleyball team loaded the bus and headed to their opening round state tournament match, the team, staff members and students gathered in the gymnasium. Adorned with Post-It notes of encouragement and messages of support, the group fulfilled Mrs. Didier’s wish by posing around a sign created by Brigham and Peterson. The pictures of the event were later posted to Twitter by Brigham.

Junior Trey Scheef was one student who participated in the event. When asked why he joined the event, he said, “she was my Spanish teacher in middle school and high school. She was a great teacher.”

Senior Emma Thrasher supported the effort as well. Her Post-It note honored August and let him know that she is looking forward to seeing him some day.

School counselor John Harris was proud of the students for their efforts to make this project happen.

“To demonstrate selfless leadership and think of others at a time when those student-athletes were preparing to defend a state volleyball title is a clear testament to their character,” Harris commented. 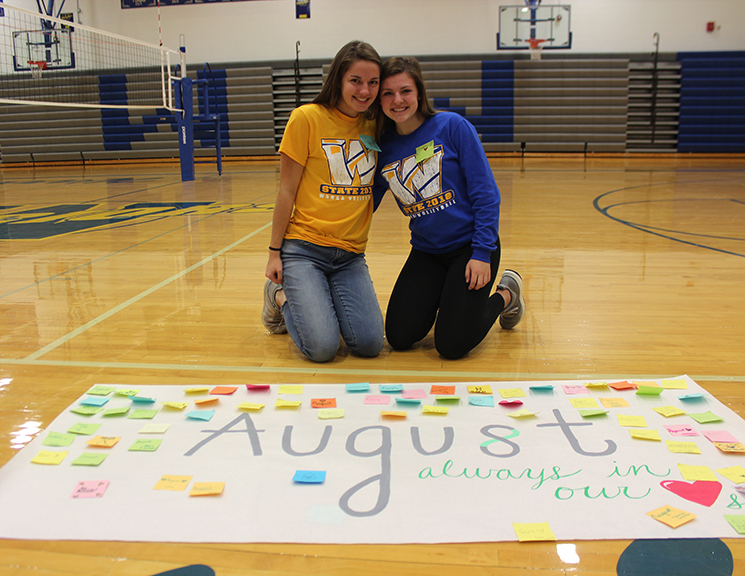 The Wahoo High School National Honor Society is hosting a relief drive to help those impacted by the recent flooding in our area. Wahoo Middle and High School students and parents are being asked to contribute to the drive by donating . . .

The 1st Annual Career Exploration Fair was held on Tuesday, October 2 at Wahoo High School from 8:00 a.m. to noon. WHS students gathered in the gym to visit with business, college, and military representatives to learn more about . . .

"The course of true love never did run smooth." --William Shakespeare Nebraska Shakespeare will return to Wahoo High School for its educational “ Shakespeare On Tour ” production of A Midsummer Night's . . .

On the morning of Saturday, March 10, thousands of fans converged on Lincoln's Pinnacle Bank Arena to cheer on the Wahoo Warriors as they played for their 11th boys basketball state championship . Three Warrior fans, though, decided . . .

The heart is home. A truck and trailer pulled in front of the Wahoo Performance-Learning Center Tuesday afternoon and the two-man crew from Fiberglass Animals and Objects LLP in Lincoln quickly started to unload their delivery. . . . 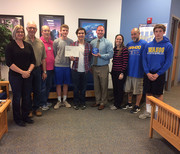 The opportunity to fly in an airplane is something that fascinates many kids. For many, just experiencing the speed and force of a takeoff and landing, as a passenger, can be quite a rush. Recently, for some students, though, that rush was . . . 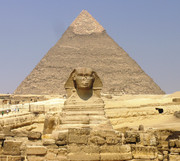 ¡Hola everyone! It’s true! My boyfriend, Tom, and I are trying to appear on CBS’s “ The Amazing Race !” Applications are due this Thursday. In an effort to generate as much attention to our application as possible, we are . . .

Nebraska Shakespeare's version of Twelfth Night will be held at the Wahoo Public Schools' Performance-Learning Center on Monday, October 14 , beginning at 7:00 p.m. THIS EVENT IS FREE TO THE PUBLIC! . . .

Overwhelming Response Proves "There is More Love Than Hate"

We would like to extend a huge thank you to everyone who helped make this drive such a success! In addition to stuffing (and we DO mean stuffing!) a 16-foot enclosed trailer with toys, blankets, pillows, cards and snowflakes, we were also . . .

On Monday, October 22, seven Wahoo High School students attended the 9th annual Latino/Hispanic Summit. This year's theme was "La Raza Cósmica" or "Dare to Dream." The purpose of this summit is to "increase youth leadership . . .

As a retired coach and guidance counselor, I love to catch young people in positive actions. Athletics is a great venue for our young people, and even though it is not for everyone, athletics can and does affect many other youths and . . .

Highlights: a Week of School Spirit, a Football Victory & Dance Drawing over 100!

Sparkly dresses, heels too high to walk in, tight up-do’s held together with bobby pins and hairspray, corsages and boutonnières, flashes of light popping here and there, booming music, and Vegas, baby, Vegas! Yes, it’s Homecoming 2011! . . .

On Monday, September 28, 2011, twelve students from Wahoo Middle and High Schools attended the Hispanic/Latino Summit in Omaha at the Embassy Conference center. The purpose of the summit is to increase cross-cultural understanding, . . .

Race For The Cure High School Team Challenge On October 3 a group of Wahoo High School students and sponsors participated in the Susan G. Komen Race for the Cure in Omaha. This was the 17th year for this event and this year there were . . .